Wednesday Vignette: Victoria, BC tulip house in the summer

On our whirlwind trip to Victoria, British Columbia in April we happened to drive by a Dutch-style house surrounded by an ocean of tulips (see here and here). I don't think I had ever seen so many tulips in one place. I wouldn't be surprised if accidents happen on that street as people slam on their brakes to get a good look.

But tulips are short-lived. This led to the obvious question: What do they grow when tulip season is over?

Finding out was one of my missions on our visit to Victoria two weeks ago. I now have the answer:

I’ll be the first to admit that I’m not a big fan of these kinds of impatiens or begonias. But there’s something irresistible about so much floral exuberance. 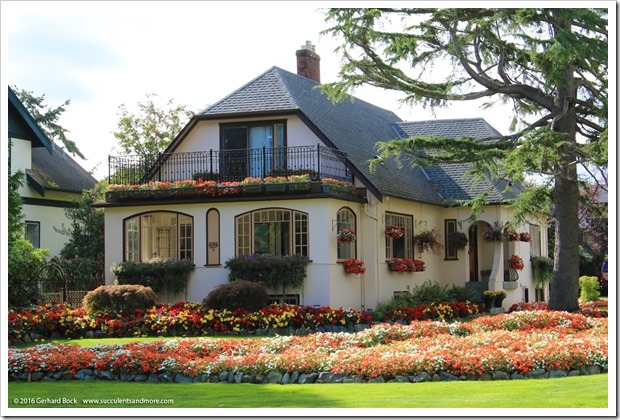 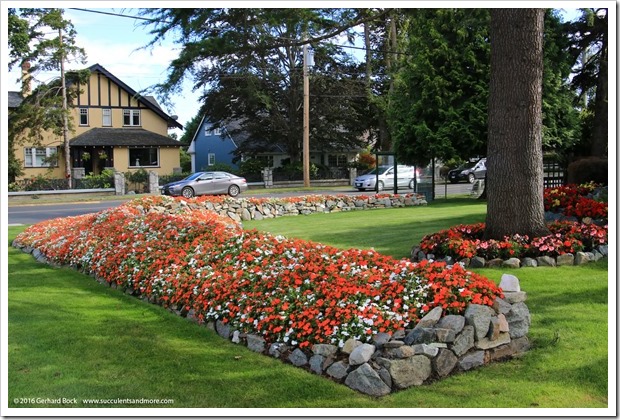 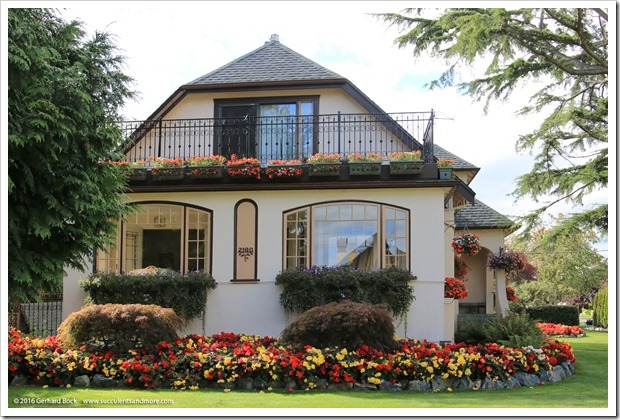 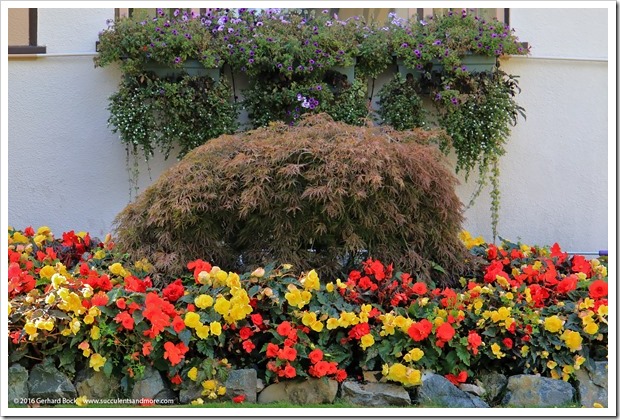 Swapping out plants on such a large scale is a lot of work even if it happens only once. But who knows, maybe the homeowners do it twice? Or even three times? These bedding plants won’t make it through the winter so something else is likely to take their place in a few months.

I will ask my daughter, who is now a student at the University of Victoria, to report back when the time comes.