Let’s talk about the rain

The current California drought is the one for the record books. In December 2014, the Woods Hole Oceanographic Institution declared it the worst drought in 1,200 year—and that was over a year ago. 2015, year four of the drought, did little to change the situation. Water Deeply has an interactive timeline that shows 1011 consecutive days of severe drought as of today (March 11, 2016).

Everybody’s hopes have been on El Niño, the unusually warm weather pattern in the Pacific Ocean that typically brings us warmer and wetter winters than usual. But Mother Nature has not been playing by the book (when does she ever?). December did bring some rain, as did January, but nowhere near enough to even get us to normal. February, usually our wettest month of the year, was much drier (and warmer) than expected. Only 0.42” of rain here in Davis. Thing did not look good. Year five of the drought seemed inevitable.

But then came March and what I’m sure the weather folks on TV will soon start calling the “March Miracle,” at least here in Northern California. We’re only 11 days into March, but in Davis we’ve already had six days of precipitation (2.84” so far). That may not seem like much, and other areas in Northern California have certainly gotten much more than we did (up to 6” in the foothills of the Sierra Nevada), but it does bring us close to 100% of normal.

The fact of the matter is that it’s been raining on and off all week—something we haven’t had in a long, long time. I will admit that I’m a bit concerned about my succulents, especially in the newly planted succulent mounds in the front yard, but they should be fine, considering the soil is very well draining.

Photographing rain is hard, but here are some photos I took recently. I finally was able to put my water-resistant Olympus Tough TG-4 point & shoot to good use. The image quality isn’t the same as what I get from my Canon DSLR, but it’s fun walking around in the pouring rain with a camera that is impervious to the elements. 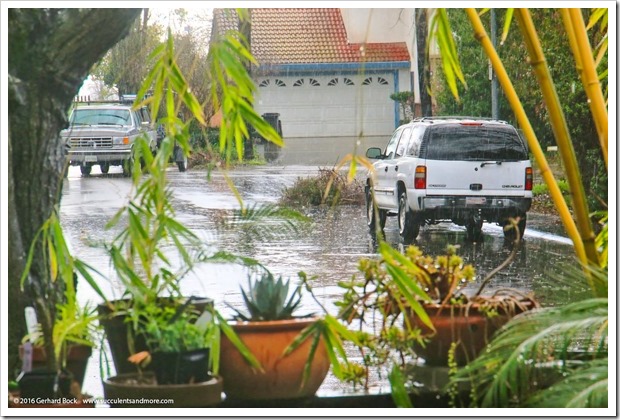 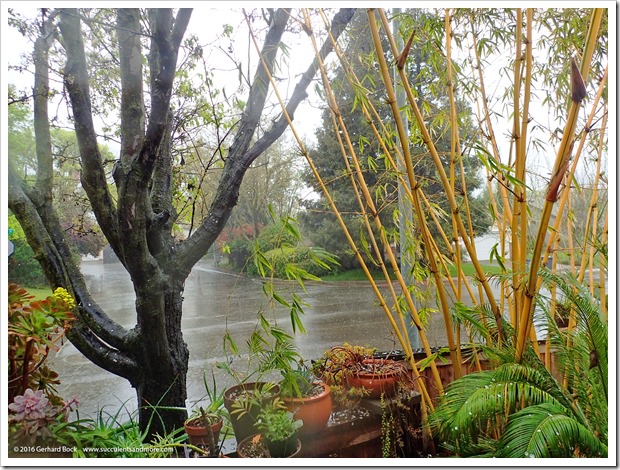 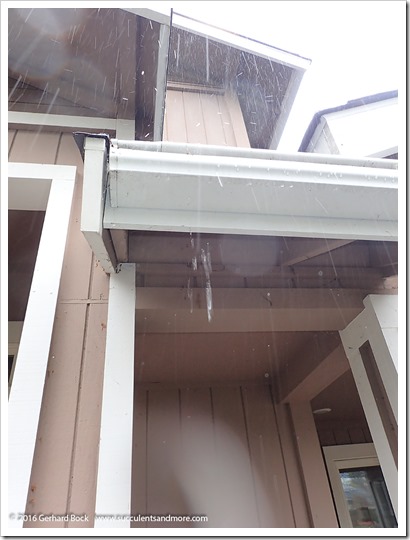 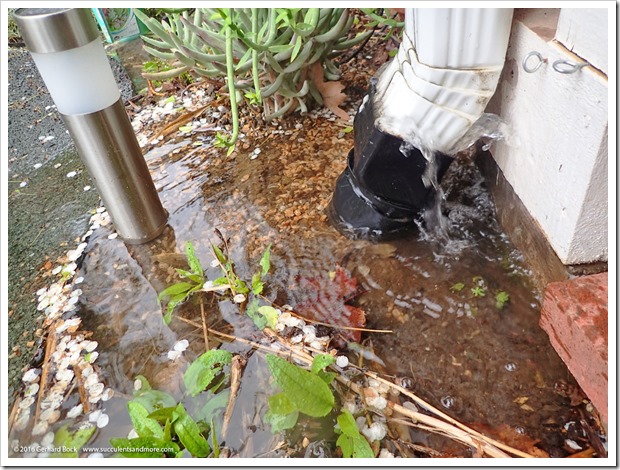 Oops, we have a problem. French drain not draining so well. 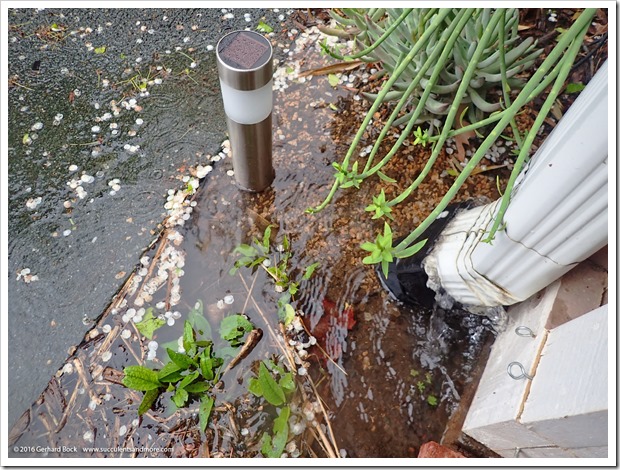 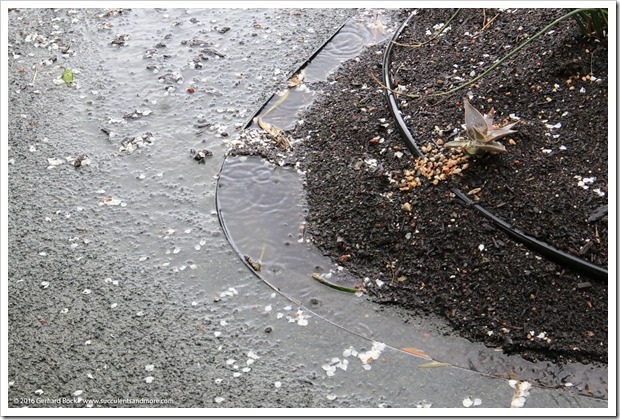 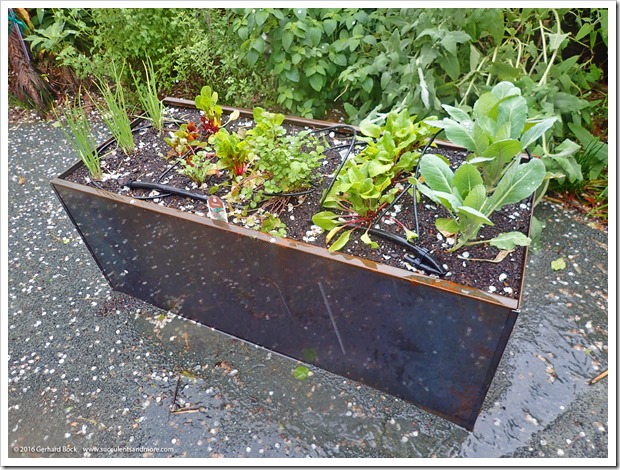 Corten vegetable bed in the front yard. The veggies are loving the rain! 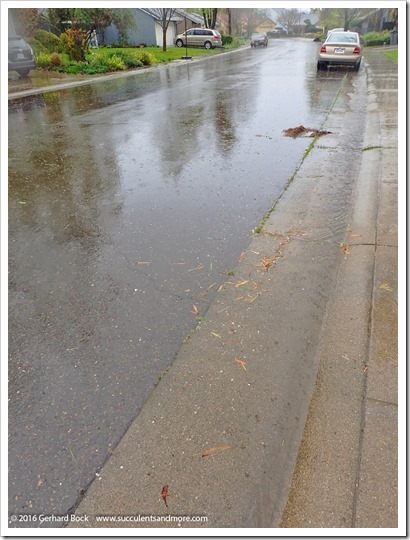 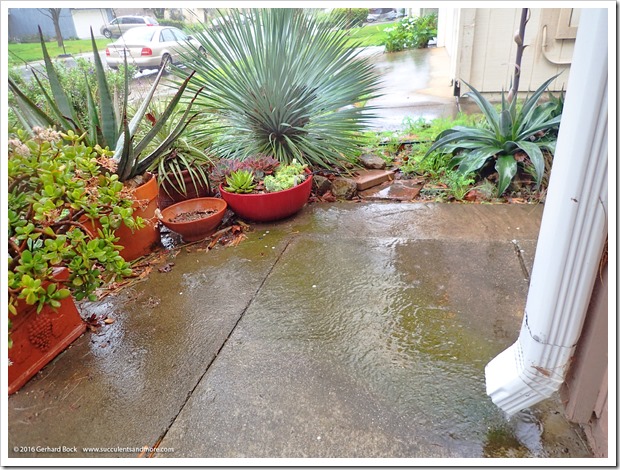 Another downspout at the edge of the garage 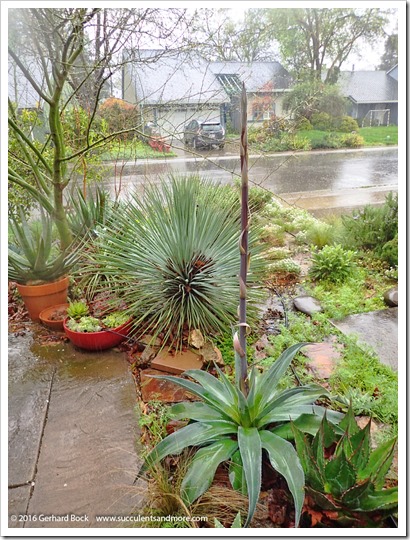 The × Mangave I got from Greg Starr a few years ago is already flowering. Will it live like a Manfreda or die like an Agave? Stay tuned! 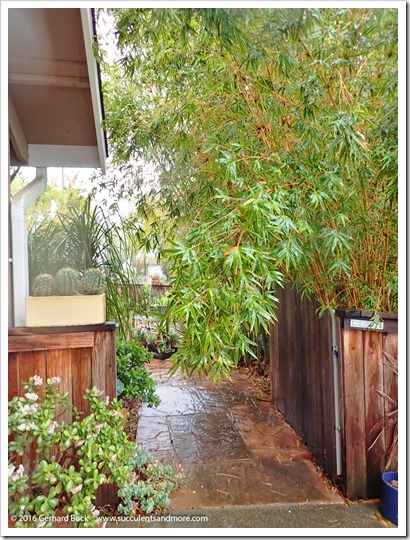 Alphonse Karr bamboo overhanging the walkway to the front door. This drives my wife crazy. I think it looks jungle-y, but I will admit that getting your face slapped by wet bamboo leaves isn’t for everybody. 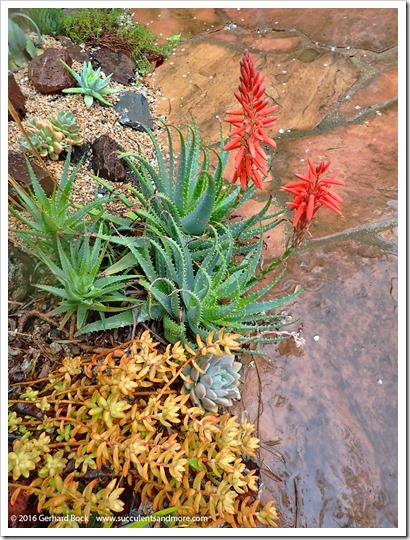 Aloe × spinossisima is happy enough in the rain—at least for now. The orangey-yellow leaves in the foreground belong to Sedum nussbaumerianum. 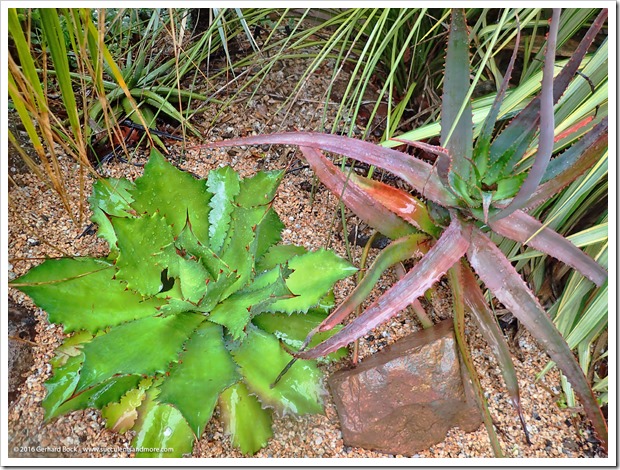 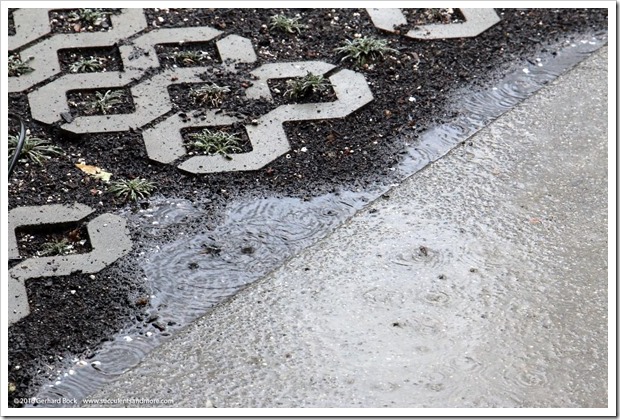