Day 2 of our spring break vacation on the Central Coast. My wife and I spent a few hours walking around Morro Bay this morning. Succulents EVERYWHERE. On Main Street there are succulent planters sponsored by local businesses. What a great idea! 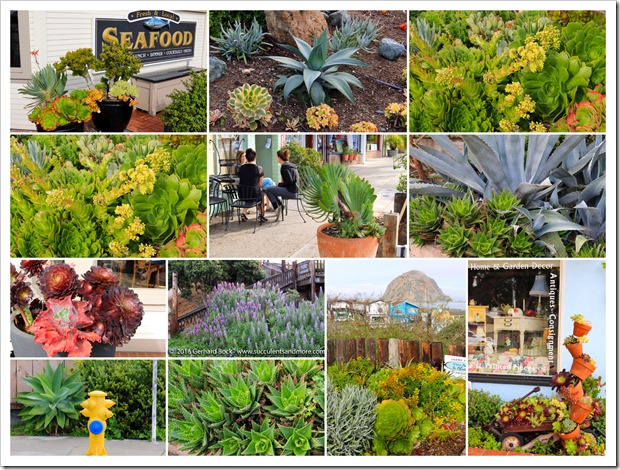 After we grabbed the kids from the room we headed to Montaña de Oro State Park in nearby Los Osos. The Spanish name—Mountain of Gold—is from the hillsides that turn yellow in the spring from all the wildflowers. Unfortunately, the hillsides weren’t yellow, but at least they were green.

My two personal highlights: the eucalyptus forest at the park entrance (I know, I know, eucalyptus is an invasive non-native tree, but it’s both beautiful and smells heavenly), and the rock formations along the bluff trail. The world was shrouded in mist when we got there, which added to the sense of mystery. Plus we were among fewer than a dozen people on the trail. 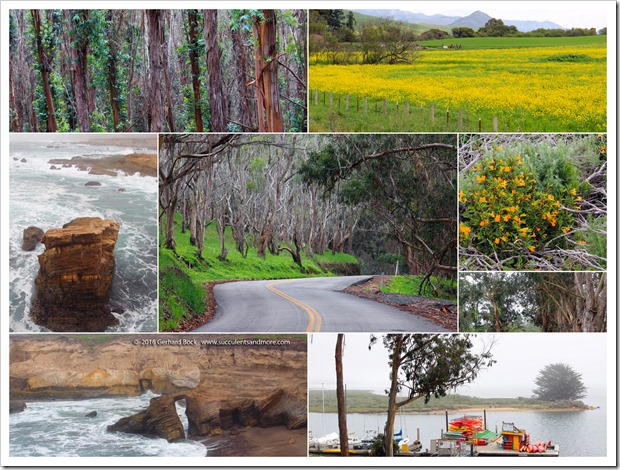 We had a very late lunch at our favorite Central Coast eatery, Cool Cat Café in Pismo Beach. (They also have a location in downtown Lahaina, Maui, where we had an unforgettable meal in 2013.) I couldn’t believe the lines of people waiting to get into restaurants at 2:30pm. Of course I was well aware of the fact that it’s spring break, but I didn’t know Pismo Beach was such a popular destination. Our waitress said business has been off the charts in the last few weeks.

After lunch, we took a leisurely walk along the beachfront, and I realized why so many people flock to Pismo Beach. It truly is beautiful. 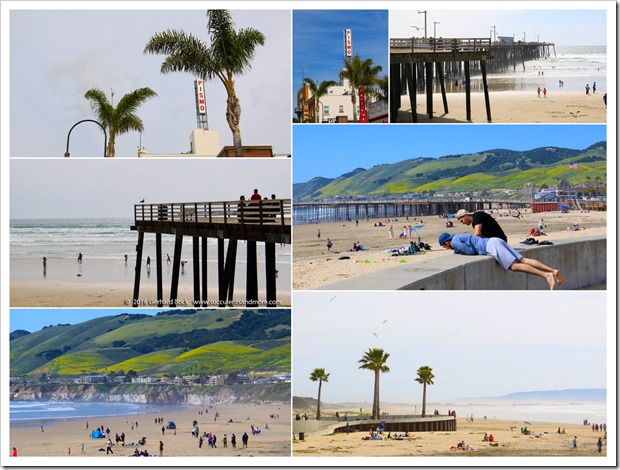 After dropping the family off at our motel in Morro Bay, I backtracked 8 miles to San Luis Obispo Botanical Garden. It’s currently a small garden, about two acres, but they have ambitious plan to expand to 150 acres, showcasing plants from the five Mediterranean climate zones around the world. I look forward to following the SLOBG’s progress in the years to come. Which isn’t to say that what there is to see now is dull and boring. Quite from it. Just take a look at the collage below. I will have a detailed post in the weeks to come. 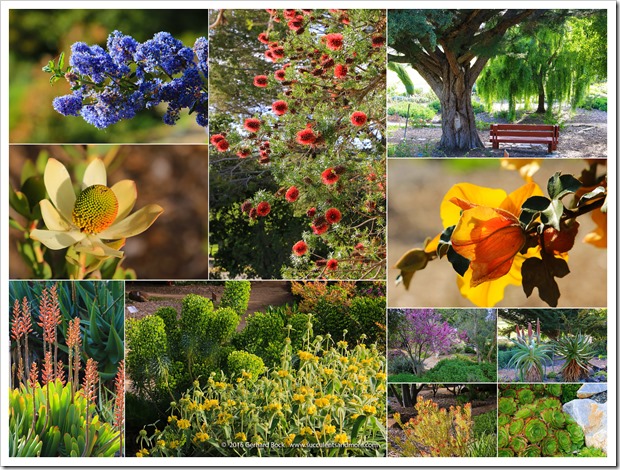 Tomorrow it’s off to Cambria (think Grow Nursery!) and Hearst Castle. I haven’t been to Hearst Castle since I went to graduate school in Monterey in the mid-1980s. That was 30 years ago, folks! Where has time gone? Fortunately Hearst Castle won’t look any different than it did then.