California has many different wine-growing regions. Napa Valley may be the most famous, but depending on your personal preferences, there are regions that make better wine than Napa. I happen to love zinfandel, and Dry Creek Valley in western Sonoma County makes some of the best.

On Saturday I found myself in the town of Healdsburg where three of Northern California most important wine-producing regions meet (Russian Creek, Alexander Valley and Dry Creek). I had some time on my hands so I drove a ways up Dry Creek Road.

It’s early spring in the vineyards, the wild mustard (Sinapis arvensis) almost in full bloom in many spots. To me there are few sights in spring that rival the cheery yellow of wild mustard. 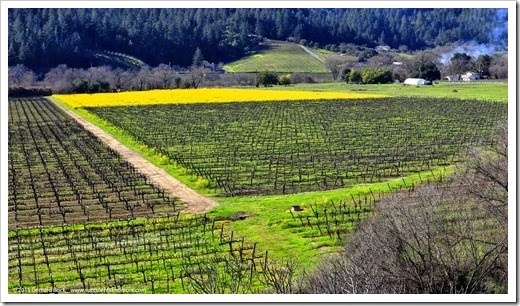 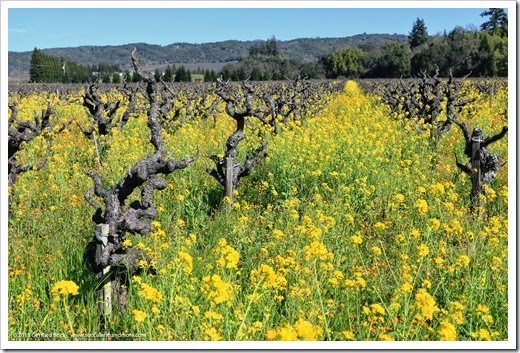 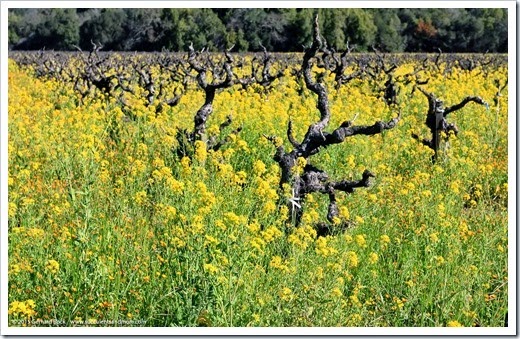 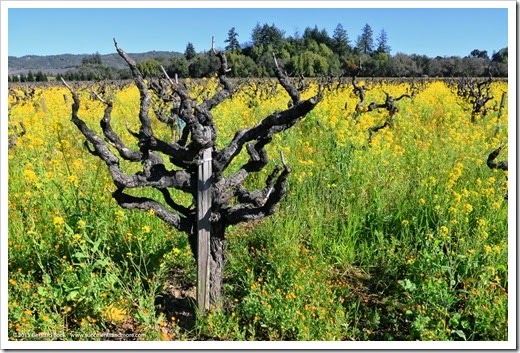 I only had time for one winery stop. I picked Ferraro-Carano because somebody had told me they had nice gardens. While neither the architecture of Villa Fiore, the hospitality center you see in the photos below, nor the formal nature of the surrounding gardens is my style, I enjoyed the warm weather (low 70s) and the relative solitude (I was the only one in the gardens). 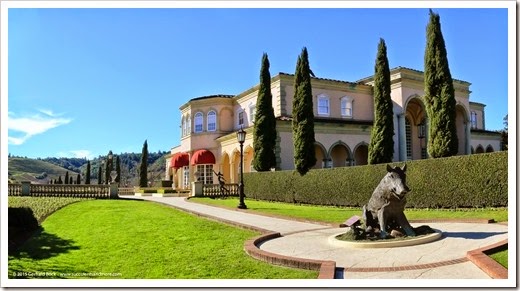 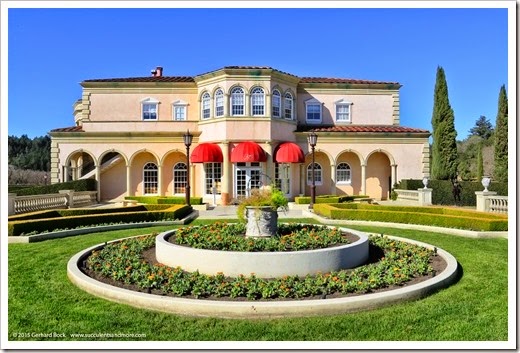 The bare trees against the blue sky were spectacular. 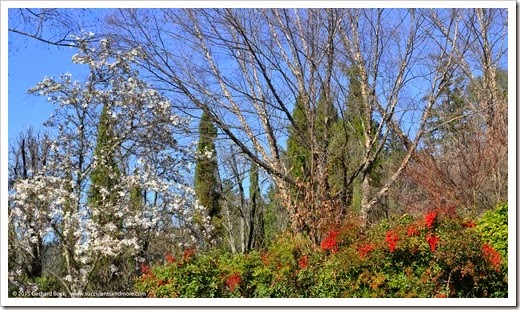 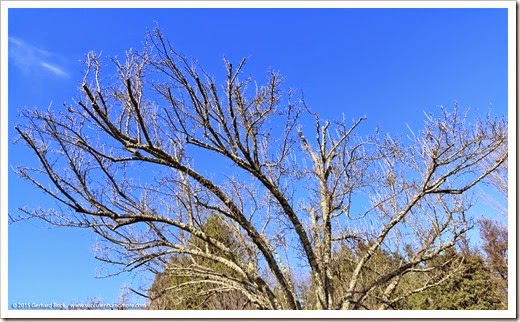 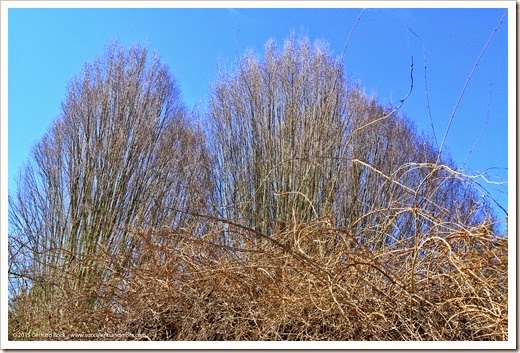 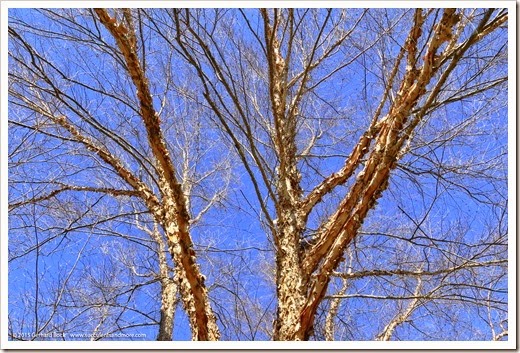 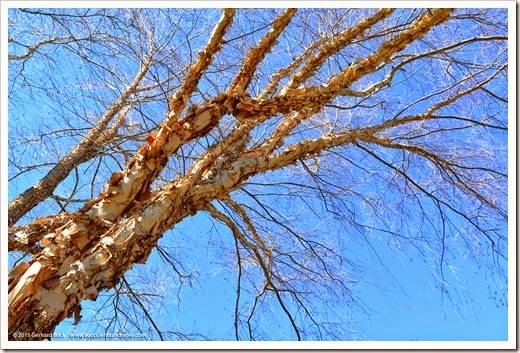 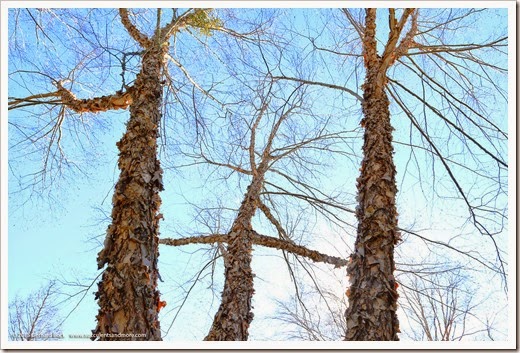 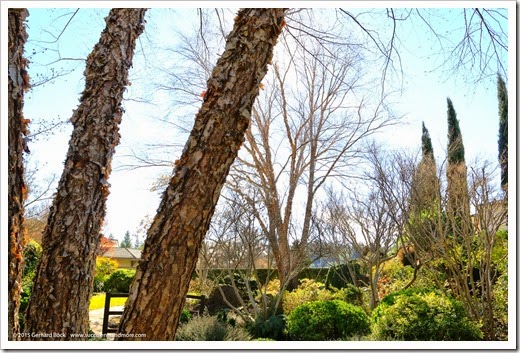 The trees with the peeling bark you see above (and in the next photo) are river birch (Betula nigra). The lack of leaves at this time of year enhances the beauty of the bark.

The flowering tree in the next set of photos is a star magnolia (Magnolia stellata). Thank you, Ferrari-Carano, for labeling so many plants in the gardens! 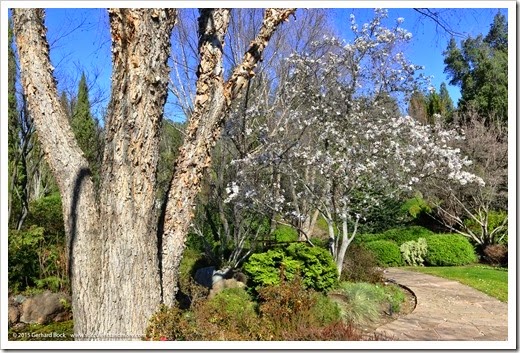 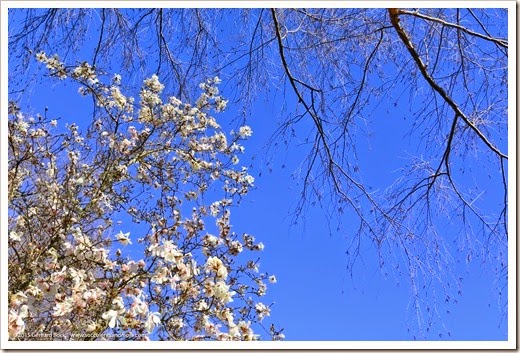 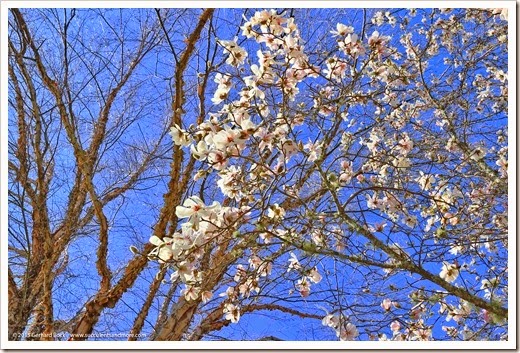 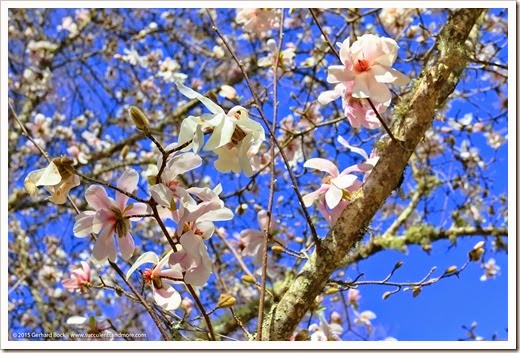 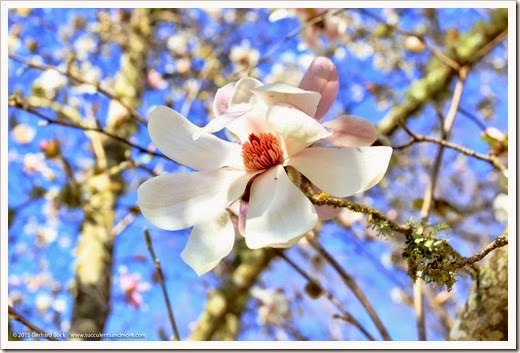 I couldn’t identify the trees in the next two photos; there was no tag. I’ve seen crepe myrtles (Lagerstroemia sp.) with bark that smooth, but I’m not sure that’s what they are. 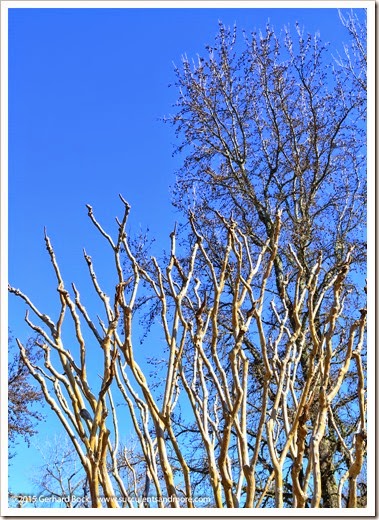 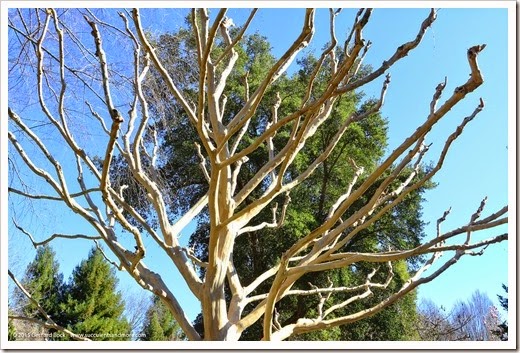 The next tree did have a label: Harry Lauder’s walking stick (Corylus avellana ‘Contorta’). It’s also known as corkscrew hazelnut. The branch structure is just crazy, isn’t it? 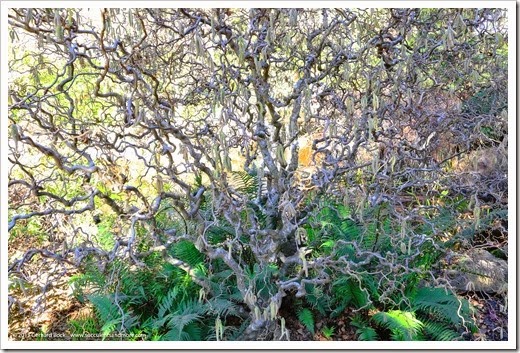 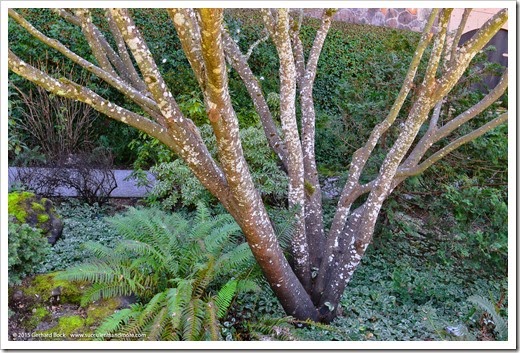 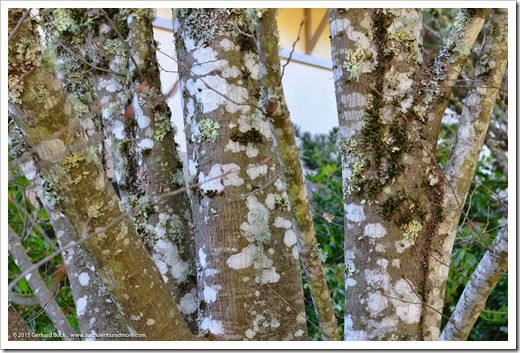 But my favorite sight in the Dry Creek Valley didn’t have anything to do with plants. It was this massive statue in front of Wilson Winery. “Coyote” was originally created by Sonoma County artist Bryan Tedrick for the 2013 Burning Man Festival and later purchased by the owner of Wilson Winery where it now lives. Standing 27 feet tall and weighing 7 tons, it’s just a tad too large for the average garden! This article has more information as well as video about the making of “Coyote.” 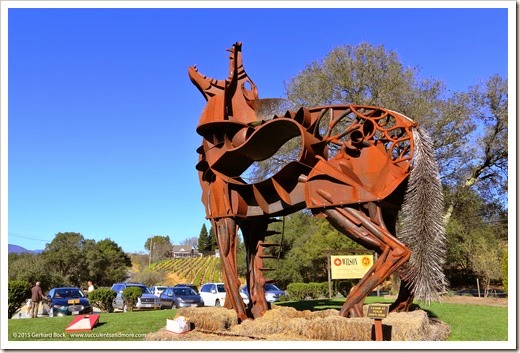 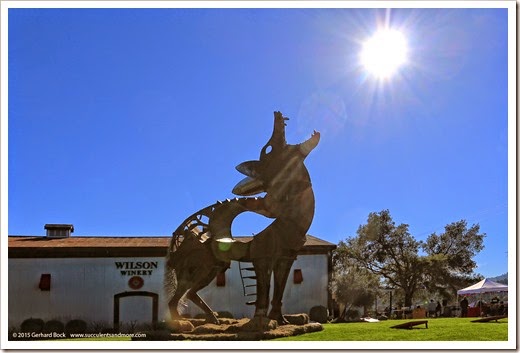 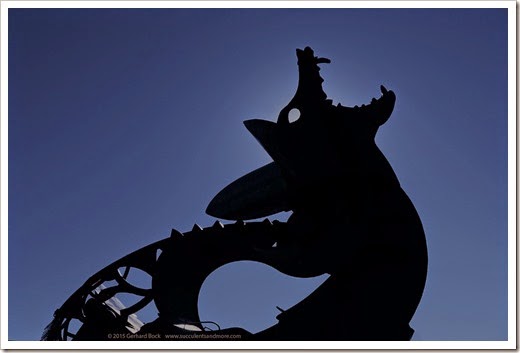 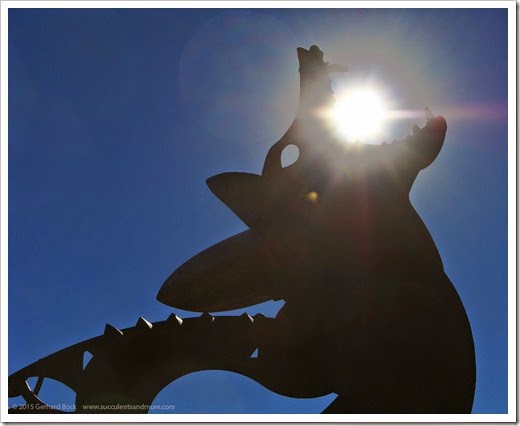 I want a smaller version for my front yard!