Leucadendron baby steps in my garden

It’s no secret that I love plants from the southern hemisphere—from Australia and New Zealand to Chile and Argentina to South Africa. In fact, one of my favorite plant groups are the Proteaceae. This family includes everything from proteas, banksias and grevilleas to leucospermums and leucadendrons.

Speaking of leucadendrons: While the Sacramento Valley isn’t the best place in the world to grow them, I’ve been making a valiant effort for the past three or four years to incorporate these wonderful South African shrubs into my garden. Like all Proteaceae, they have a few specific growing requirements, including slight acidic soil and only fertilizer low in phosphorus (or better yet, no fertilizer). Other than that, they’re quite carefree in our wild-minter climate.

Winter, coincidentally, is when leucadendrons really shine because it’s their flowering season. The actual flowers are small and inconspicuous (see the close-ups below). The outer “petals” are actually bracts—in essence, modified leaves.

Let’s take a look at the leucadendrons that are currently in flower in my garden. The first one is Leucadendron ‘Safari Sunset’, a cross between Leucadendron laureolum and Leucadendron salignum. Most of the year the bracts are deep red but in the winter they turn a creamy yellow. 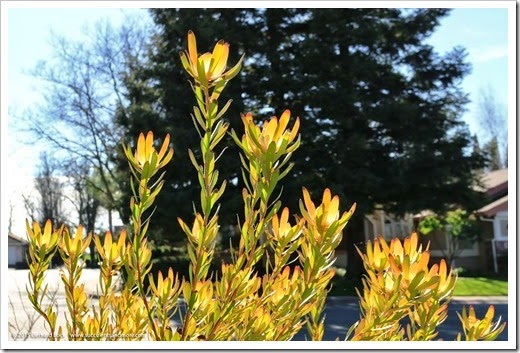 My ‘Safari Sunset’ has been in the ground since November 2012, i.e. about two and half years. It’s grown quite a bit since then. 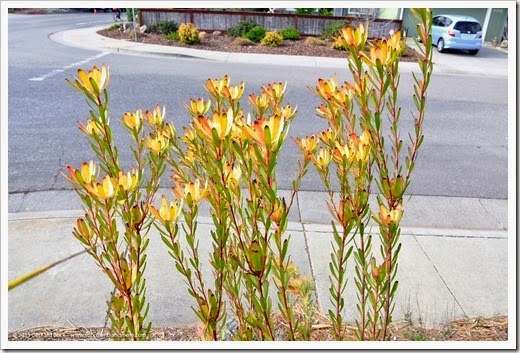 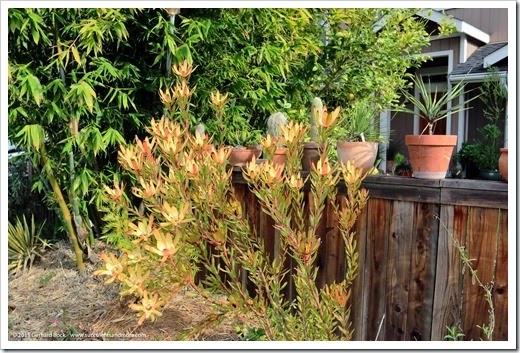 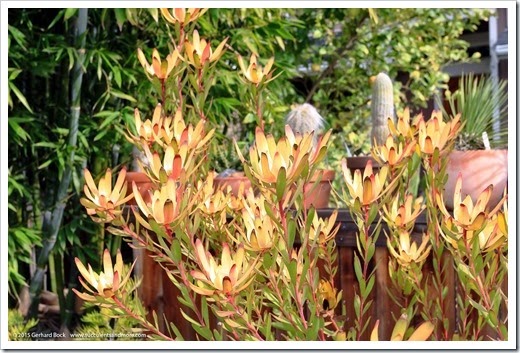 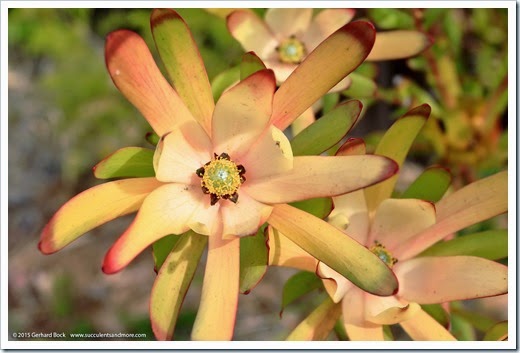 Here’s a photo of what it looked like two years ago: 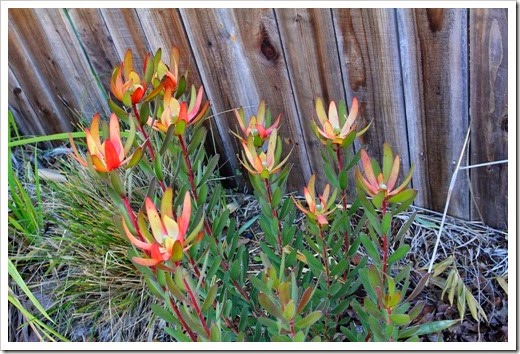 One my favorite leucadendrons is Leucadendron ‘Jester’ (also sold as ‘Safari Sunshine’). This is a variegated sport of the ‘Safari Sunset’ above. It’s smaller in scale and noticeable less vigorous. My plant has been in the ground since May 2013 but it was a fairly small plant then (from a 2-gallon container). It’s about 4 ft. tall now, but rather spindly. I’m hoping it will bush out this year. But irrespective of that, it’s finally flowering: 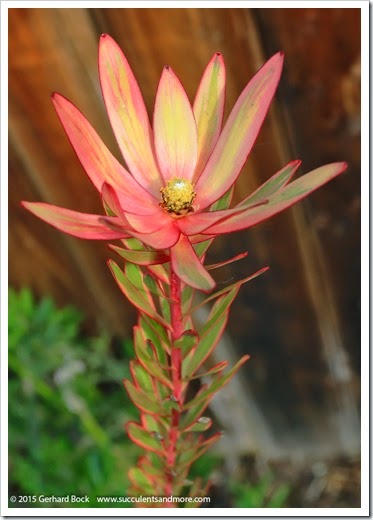 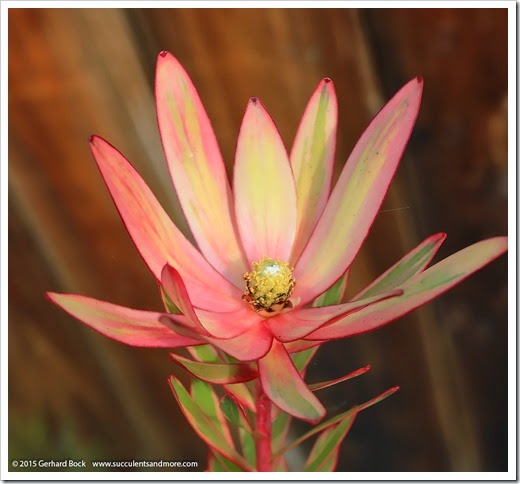 Here is a mature ‘Jester’ at the UC Santa Cruz Arboretum: 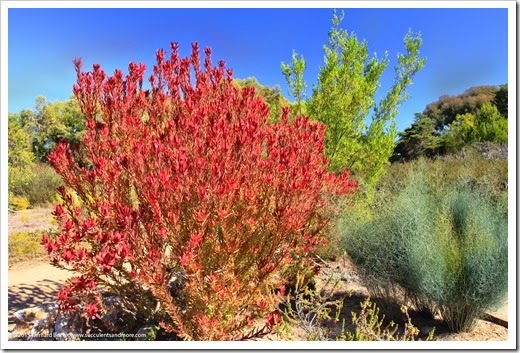 The third leucadendron flowering in my garden right now doesn’t look like much: 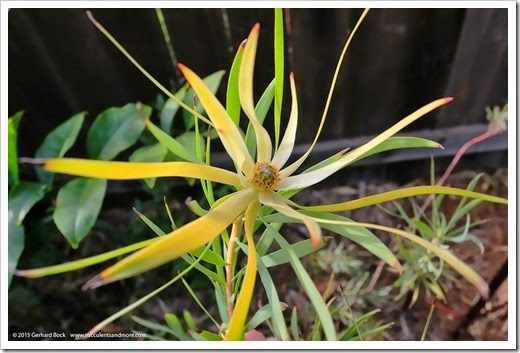 But it’s come a long, long way! It’s a Leucadendron laureolum cultivar called ‘Golden Tulip’. I rescued from the closeout table at the now defunct Capital Nursery in Sacramento. It was in a 1-gallon nursery container, pot-bound and severely dried out, and I didn’t think it would live. That was three years ago. For a long time it sulked, but this past year it’s put on good growth and has produced one flower. No, it doesn’t look like the specimens at the UC Santa Cruz Arboretum—its bracts are oddly elongated—but there’s hope.

I also have a Leucadendron ‘Ebony’ but it hasn’t flowered yet. And my Leucadendron argenteum (aka silver tree) is just a little thing in a one-gallon pot. It will never grow into a majestic specimen like the one at the UC Santa Cruz Arboretum because it’s only hardy to 28°F—and hence condemned to life in a container—but it’s fun trying to see how long I can get it to survive.

Let’s face in, none of these plants are naturals for our area but I enjoy pushing the envelope.