Update on aloes in our garden

After my lengthy two-part post about agaves at the Desert Botanical Garden in Phoenix it’s time to take a look at what’s going on at home.

A handful of aloes have been teasing me with flowers for what seems like months. After a series of sunny days—and a couple of Pineapple Express storms that brought two inches of rain to Davis last weekend—we’re finally seeing some progress. 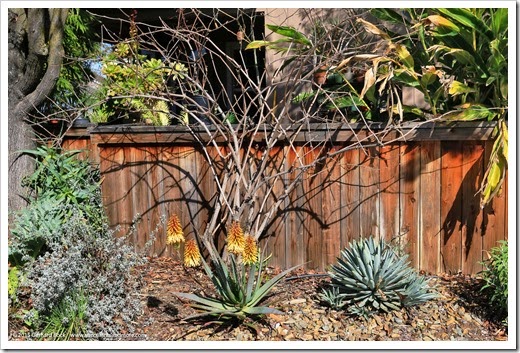 Aloe ‘Moonglow’ is finally blooming. My friend Sue brought me this South African hybrid last year. We divvied up the content of a 5-gallon nursery pot; I ended up with three plants, and I think she had two. Not bad for a $20 purchase from the Home Depot. Here is one of my three plants, this one with four flower stalks. 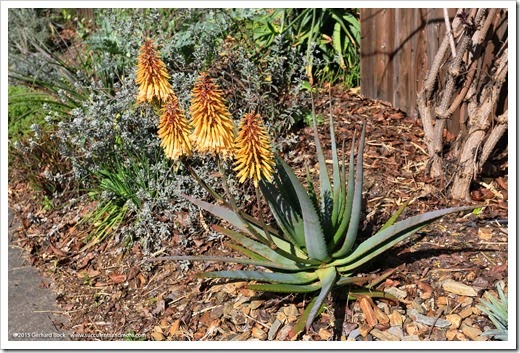 The flower color is more orange this year than what I remember from last year (the plant from the Home Depot was in bloom when Sue bought it). The photo on the Sunbird Aloes website also looks less orange than my plants. 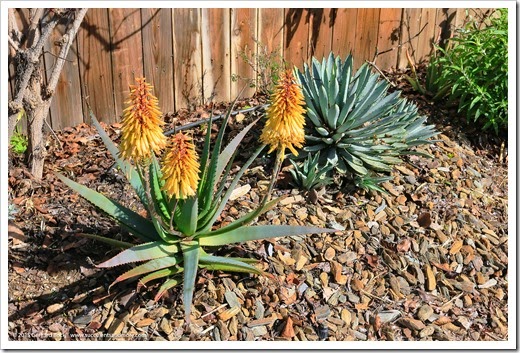 Here’s my largest ‘Moonglow’. I love how you can see it from quite a distance. 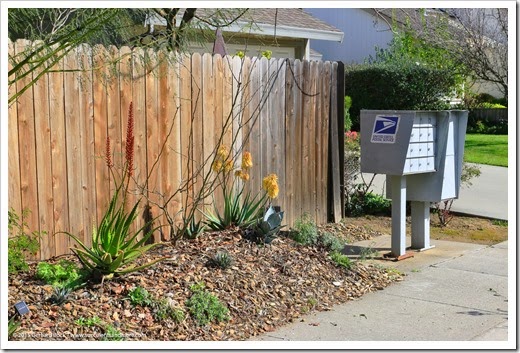 The contrast against the icy blue of this Agave colorata is particularly nice. 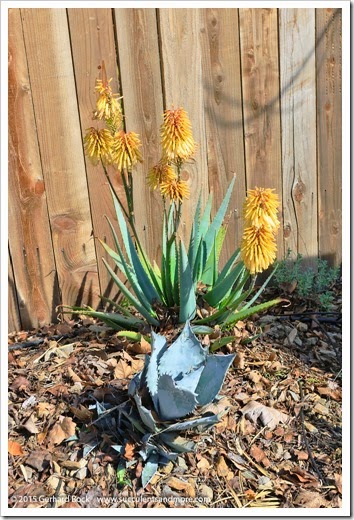 I don’t know what the exact parentage of ‘Moonglow’ is (like all Leo Thamm hybrids, it’s fairly complex), but I wouldn’t be surprised if it had some Aloe capitata in it. For comparison, check out the stubby inflorescence of A. capitata here. 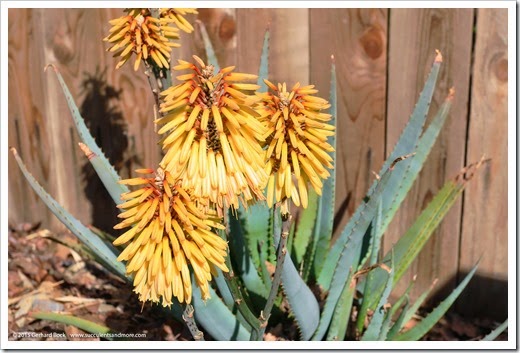 The other Leo Thamm hybrid I have, Aloe ‘Erik the Red’, is taking it’s time. The flower spikes keep getting taller and taller but the flowers haven’t opened up yet. 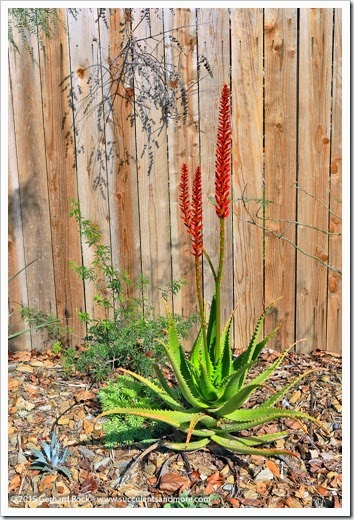 Overall, though, I’m pretty impressed with the growth I’ve seen since planting it last summer. 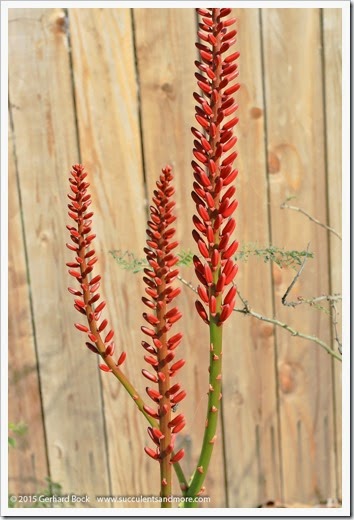 ‘Erik the Red’ isn’t the only straggler. These three have also been on the cusp of flowering for a long time now: 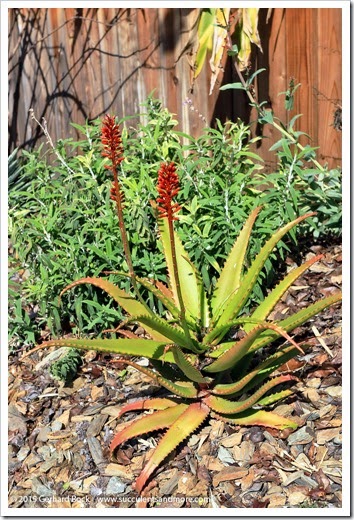 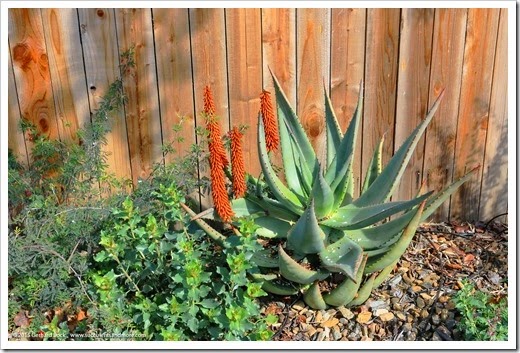 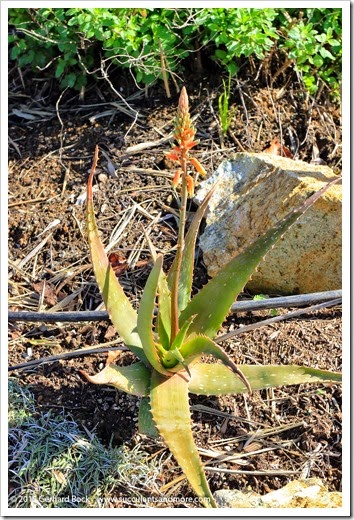 The same goes for two Aloe glauca that are just now producing an inflorescence: 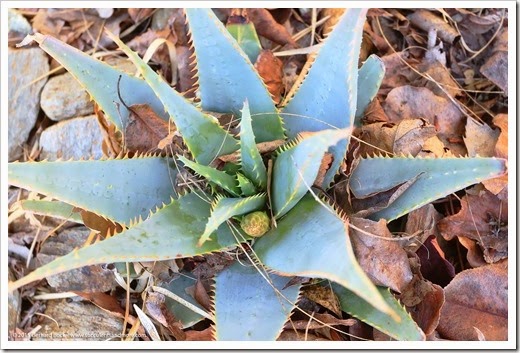 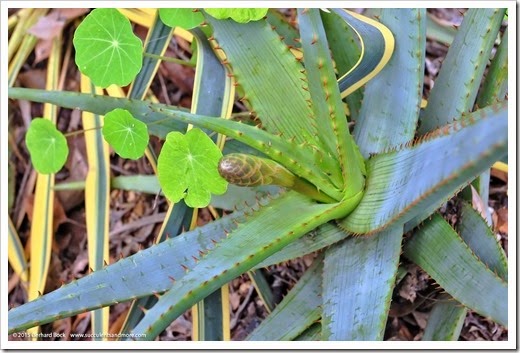 Aloe glauca in back yard

And these two in the backyard: 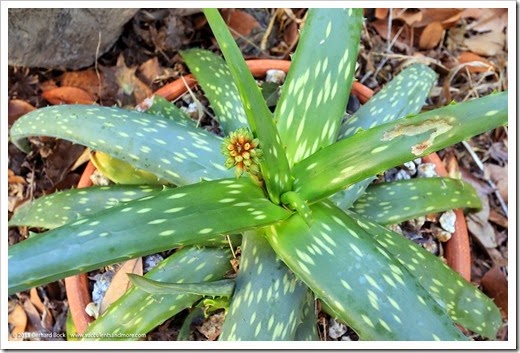 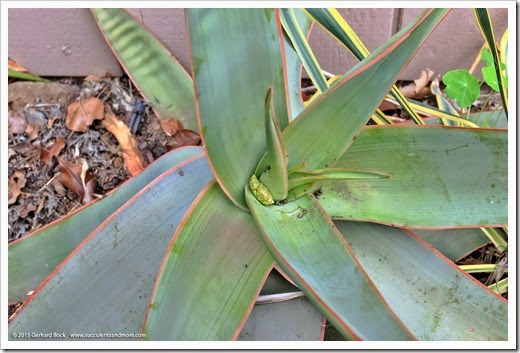 And then there are the ones that I think should have been flowering years ago: 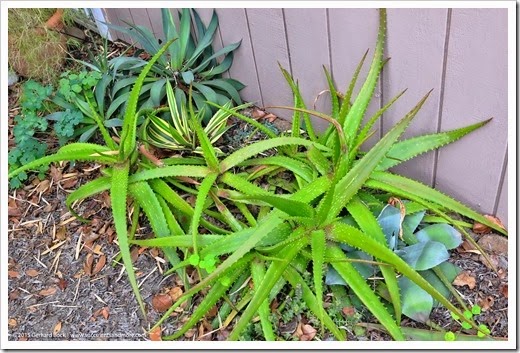 Hybrid between Aloe cameronii and Aloe maculata, bought years ago Yucca Do Nursery. It’s certainly large enough to flower, but it hasn’t produced a single inflorescence yet. The clump is getting a bit unruly, and I will thin it out soon. There’ll be offsets to give away—any takers? 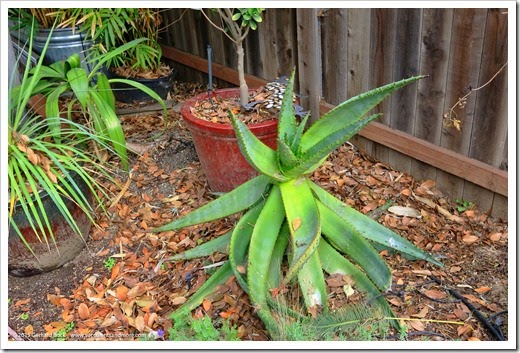 Possibly the wackiest Aloe marlothii this side of the Atlantic. It looks large enough to me to produce flowers. I wish it would get with the program!

A propos of nothing, here is the Aloe ‘Hercules’ in the front yard—actually it’s an Aloidendron now since both its parents, A. barberae and A. dichotoma, have been reclassified. 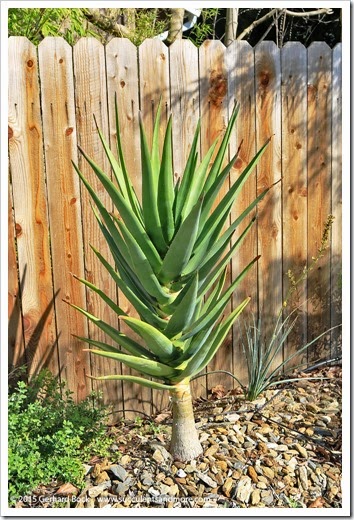 I’m including ‘Hercules’ in this post because I want to have a reference photo of its size as of February 12, 2014. For comparison, the fence is 6 ft. in height.

I’ll update you in six months on how much it’s grown. It has quite a reputation as a speed demon among tree aloes!