My flowering agave is leaking

Leakage is rarely—if ever—a good thing. But that’s exactly what the Agave desmettiana ‘Variegata’ next to the front door is doing. It sent up an impressive flower spike in the fall and is putting all its energy into flowering. 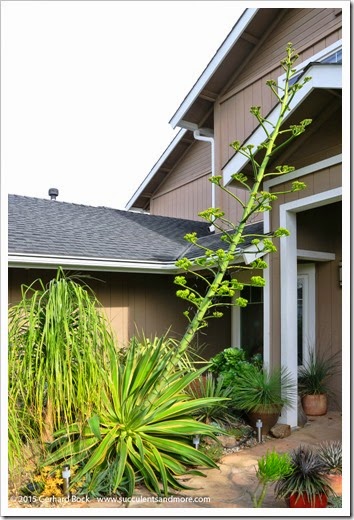 In the process, the life force is draining from the leaves.

Spots of rot have appeared in several locations. 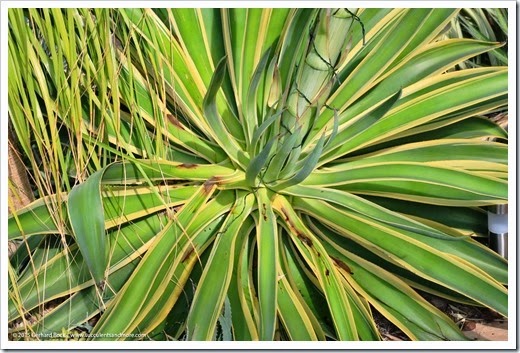 And those spots of rot… 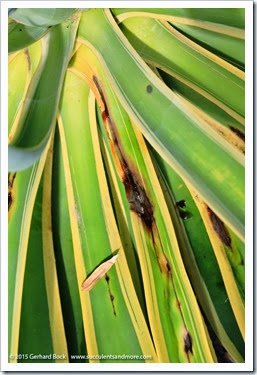 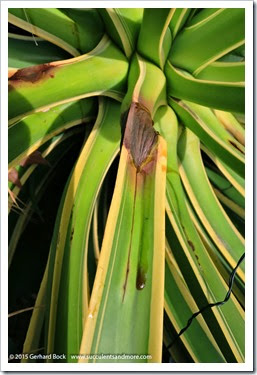 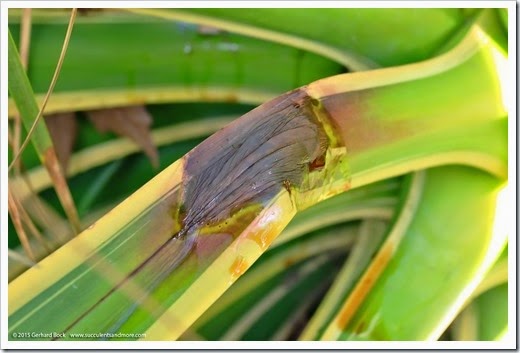 …are releasing brown liquid that runs down the leaves. 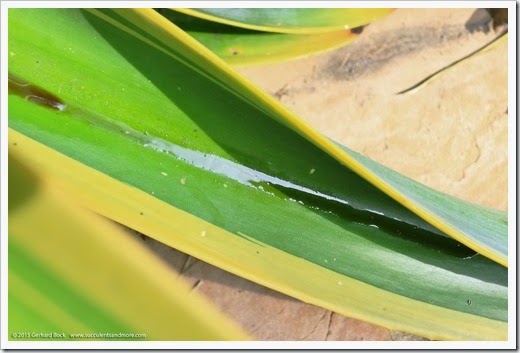 Fascinating, as Mr. Spock would say. 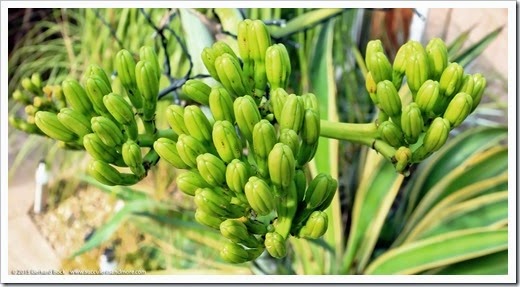 I have a feeling flowering will be a drawn-out process. I want to see it through, all the way to the production of bulbils—live plants emerging from the flowers—but if the mother plant begins to rot in front of my eyes, I don’t think I’ll be able to live with it. Not right next to the front door.

Stay tuned to find out what happens.