What I saw on the way to the Wave Garden

When we visited the Wave Garden in Point Richmond on Presidents Day, we ended up parking a few blocks away because we didn’t know where entrance was (it’s at the end of Grandview Court). I enjoyed the short walk because we saw quite a few interesting sights on the way.

Point Richmond is right on San Francisco Bay and hence virtually never experiences frost. Their zone 10 climate is ideal for tender succulents like Agave attenuata and Crassula ovata. Here in Davis, just an hour away (zone 9b), they would struggle to survive outside during the winter even though our winters are anything but harsh. 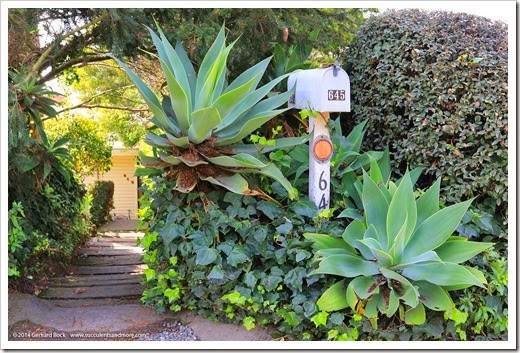 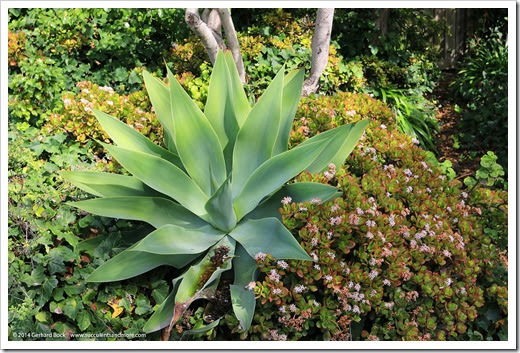 Foxtail agave and jade plant in front of another house 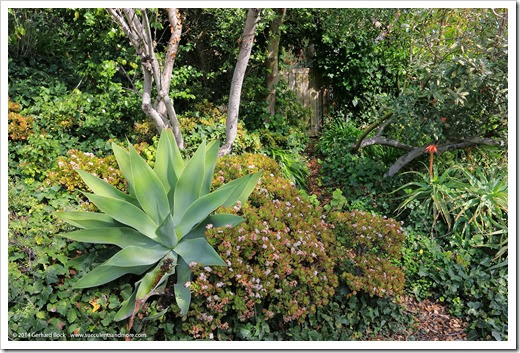 Do you see the hidden path to the garden gate? 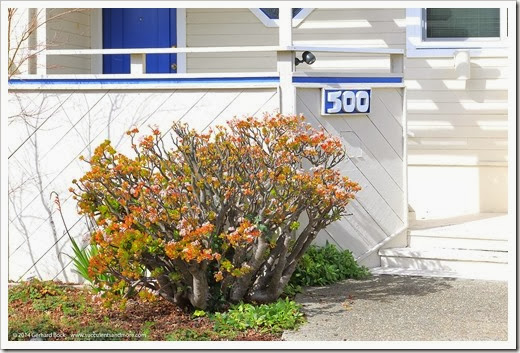 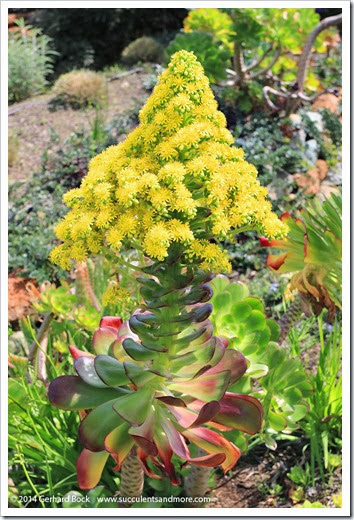 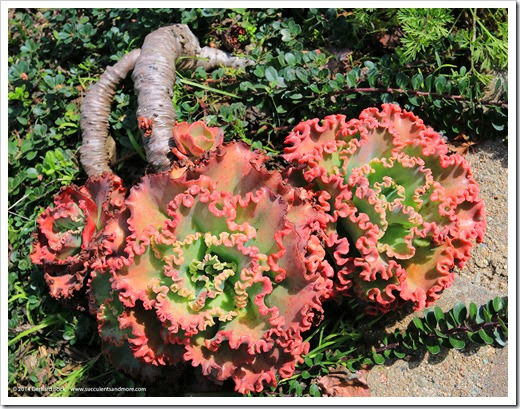 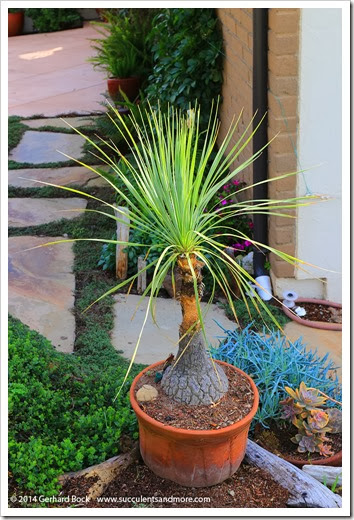 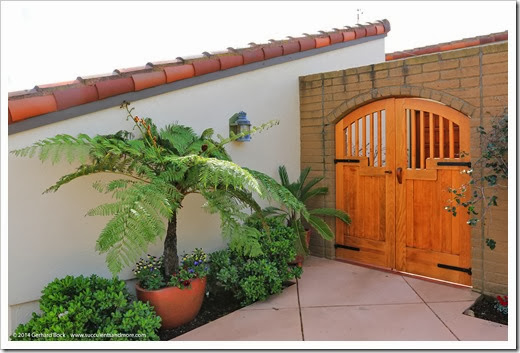 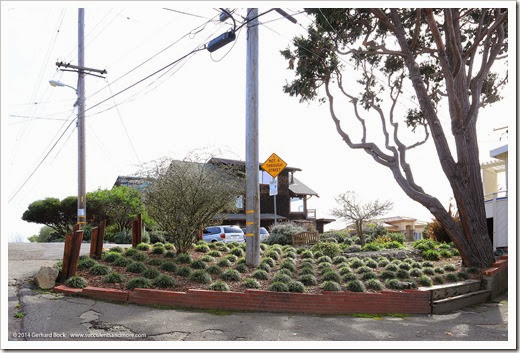 Nothing but clumps of fescue—oddly mesmerizing 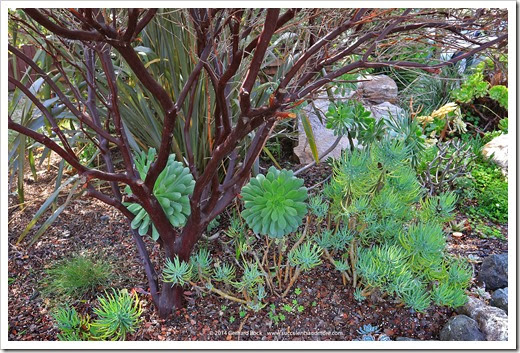 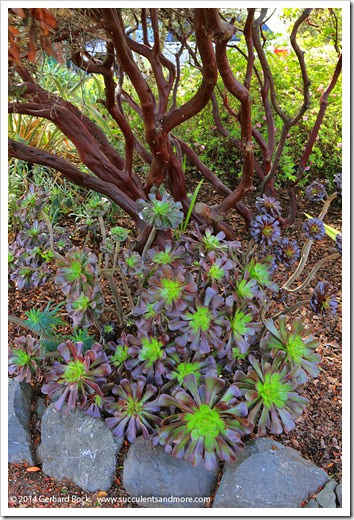 Another manzanita underplanted with aeoniums 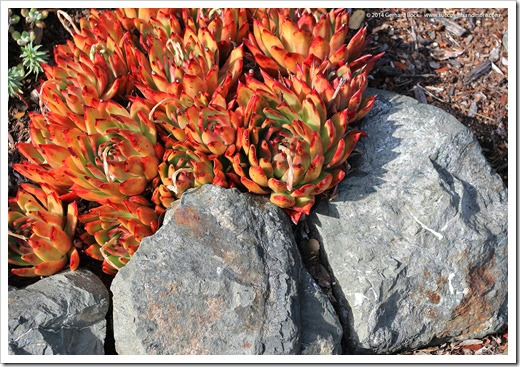 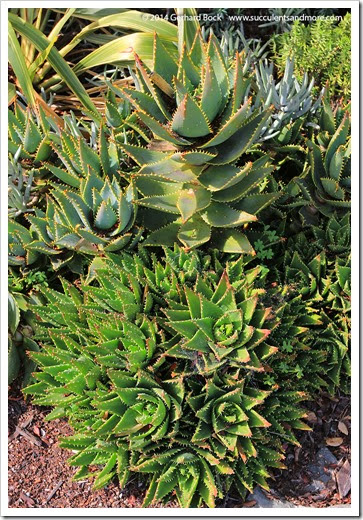 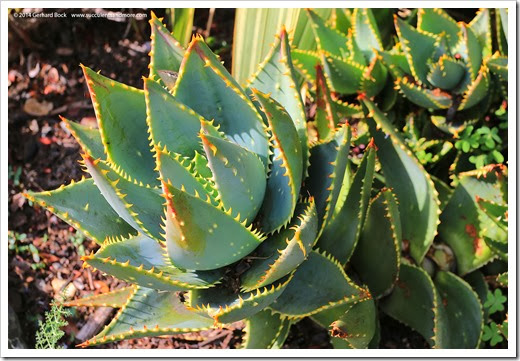 On some streets you can still find the rather modest houses that were built in the Point Richmond neighborhood in the 1950s but most have given way to much more substantial dwellings like this contemporary mansion: 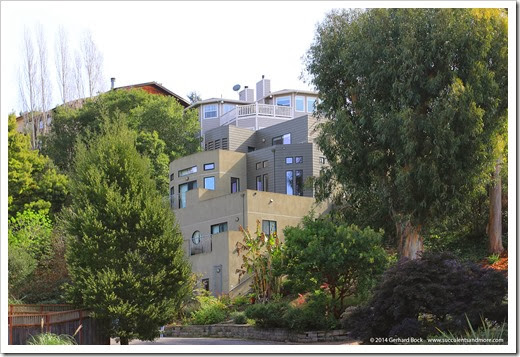 My favorite property, however, was the one you’ll see in the next set of photos. Not so much because of the house, although I like that as well, but because of the landscaping. The plantings include South African natives--several species of leucadendrons, plus restios like Chondropetalum elephantinum—as well as grevilleas from Australia. I wouldn’t be surprised to find out that the landscaping was designed by Kellee Adams of dig-it landscape design. Kellee is the horticultural mastermind behind the Wave Garden just down the street. 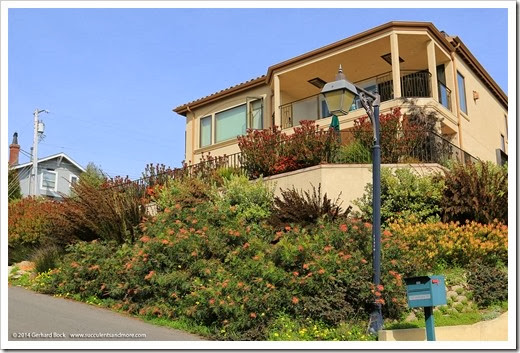 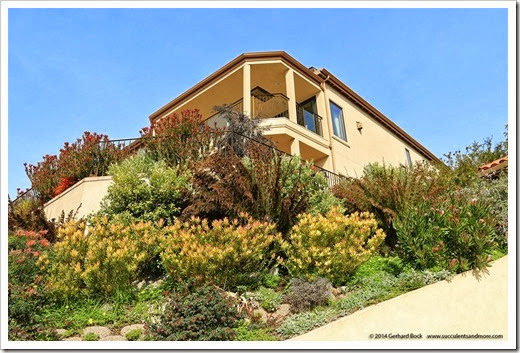 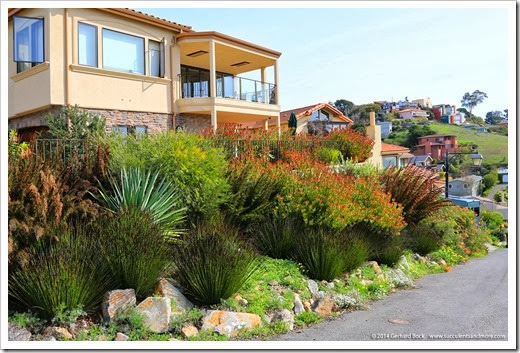 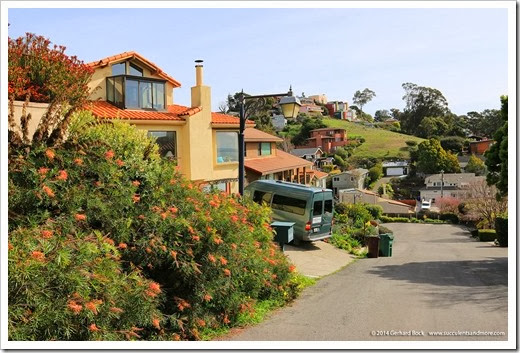 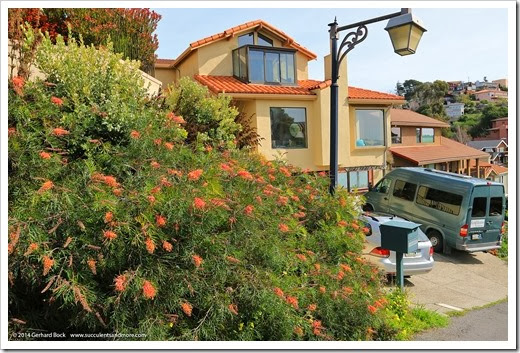 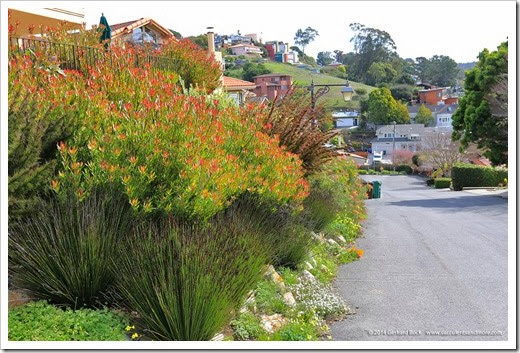 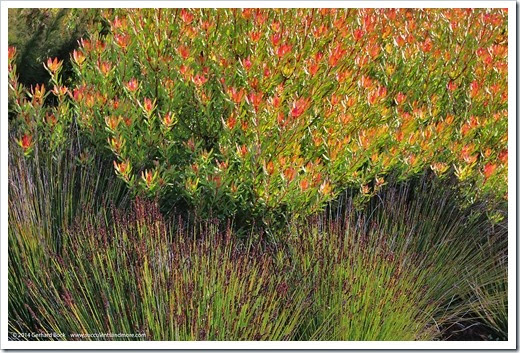 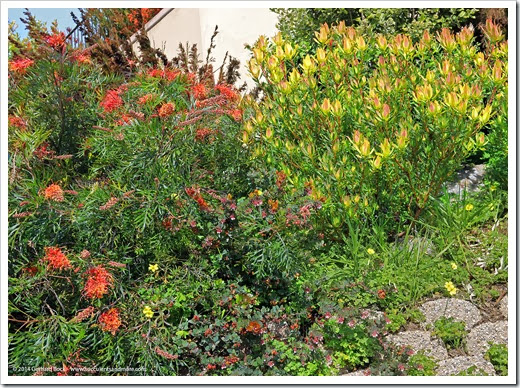 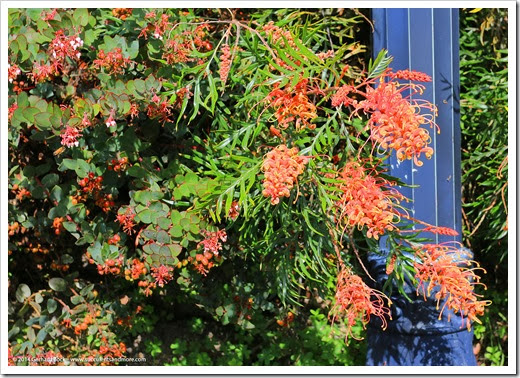 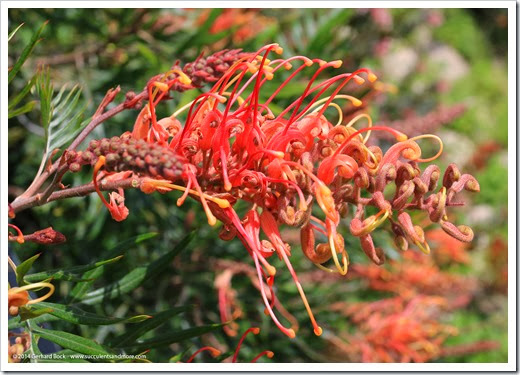