Finally getting some rain!

What a difference a week makes. Last week rain was as elusive as Justin Bieber’s shirt, but now the storm door is open, as the weather folks on TV love to say. Here in Davis we received 0.4” yesterday and likely a similar amount today. Tomorrow it might be as much as an inch. That’s not bad at all, but we’re starting out way in the hole at about 1/6th of normal. Still, this is a welcome break in our recent weather pattern, and many people are breathing a sigh of relief. Whether that is warranted or not remains to be seen. 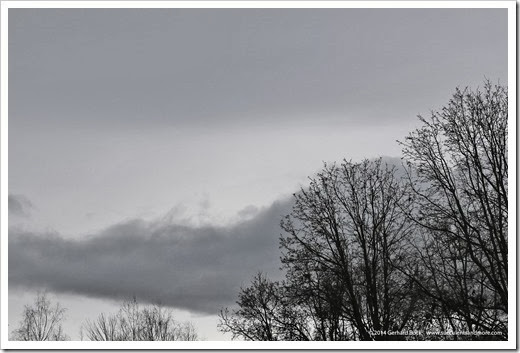 Another storm moving in 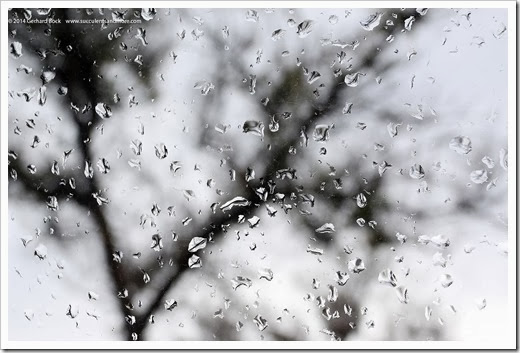 During a break today I grabbed my camera and took a few random photos relating to the rain. 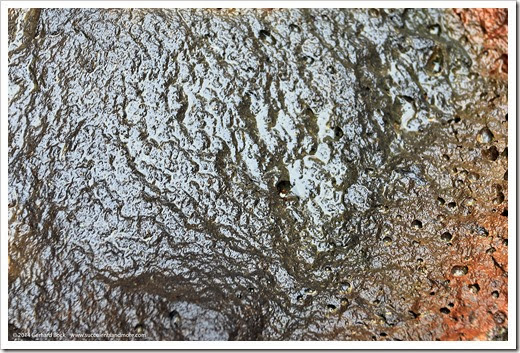 Just a wet rock—no, it doesn’t take much to get me excited 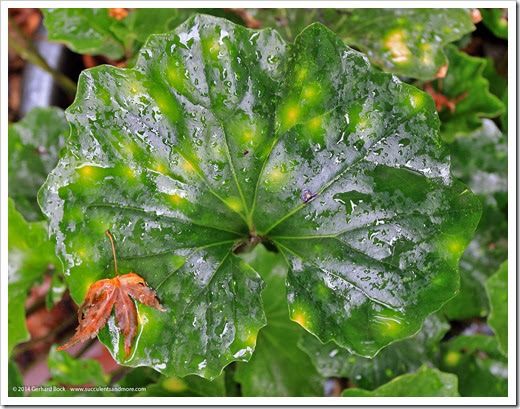 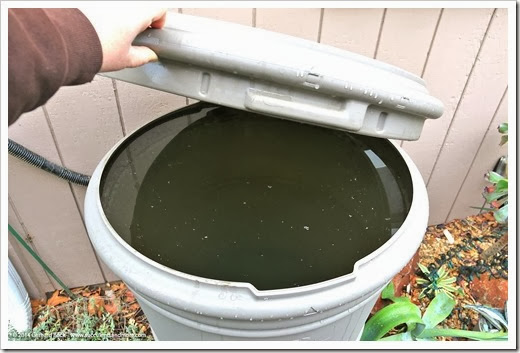 Our 55-gallon rain barrel is full! A week ago it was almost empty. 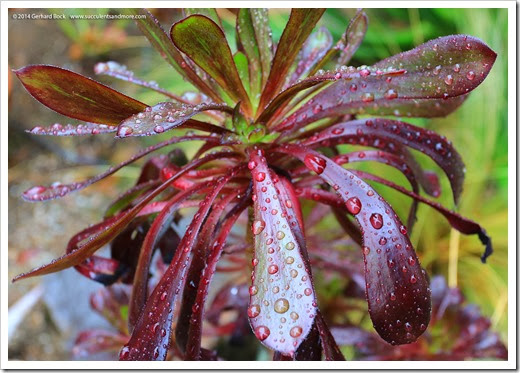 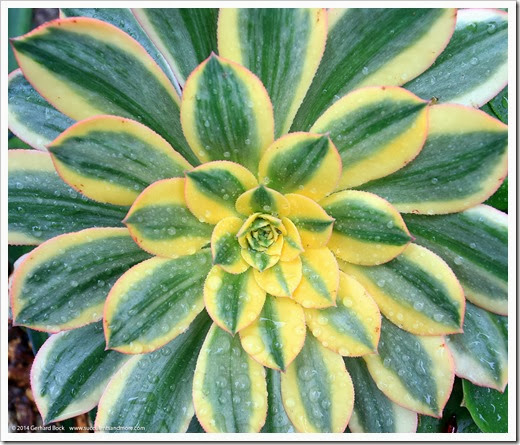 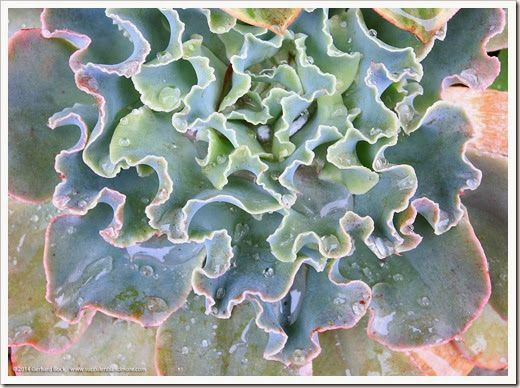 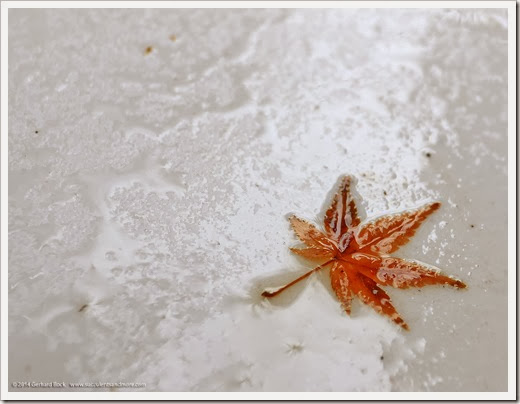 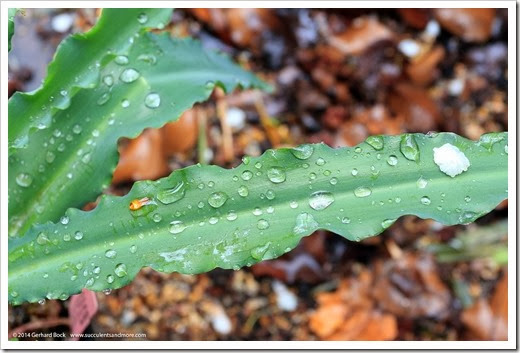 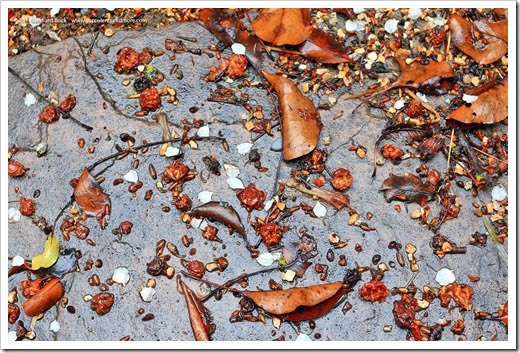 Leaves, fruit and flower petals from Bradford pear tree (one of the two remaining trees is already flowering!) 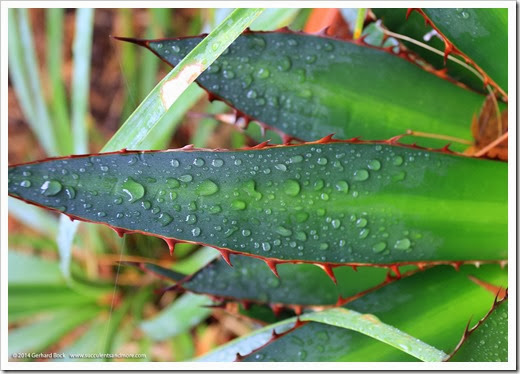 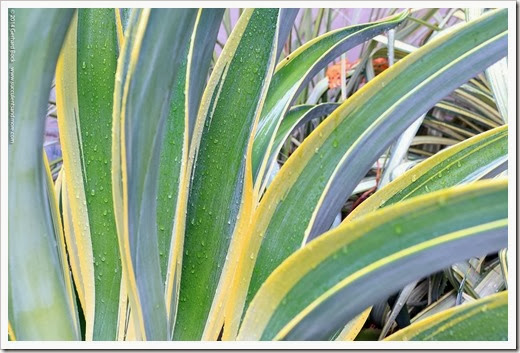 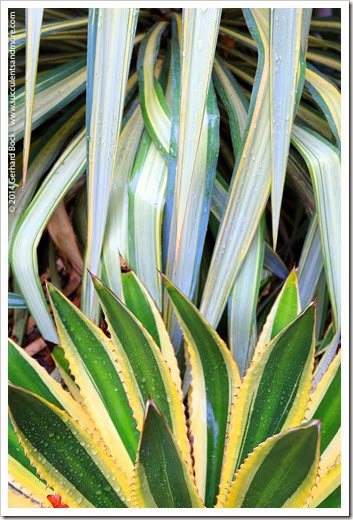 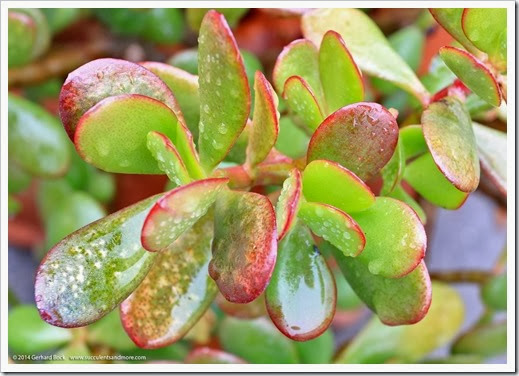 Five weeks ago I showed you a photo of a claret cup cactus that was shriveled up and leaning over from a lack of moisture: 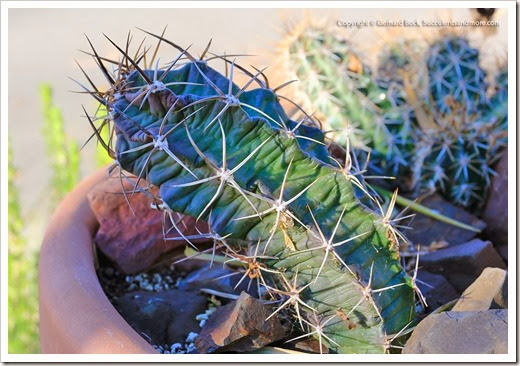 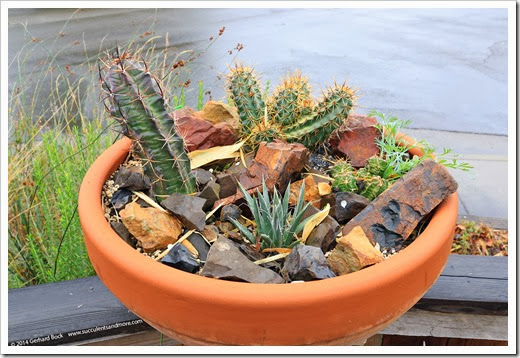 Rain is falling in all of Northern California. I was at the UC Botanical Garden in Berkeley yesterday where I photographed this spiral aloe covered with a gossamer blanket of rain drops: 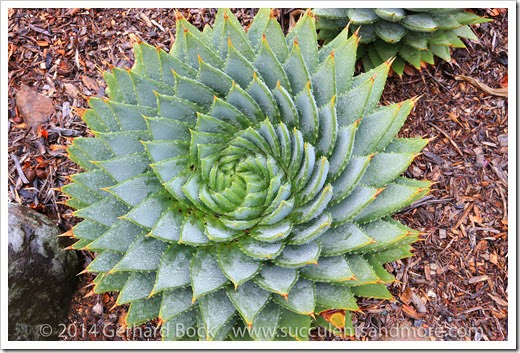 I’ll have a separate post on the aloes at the UC Botanical Garden on Sunday.