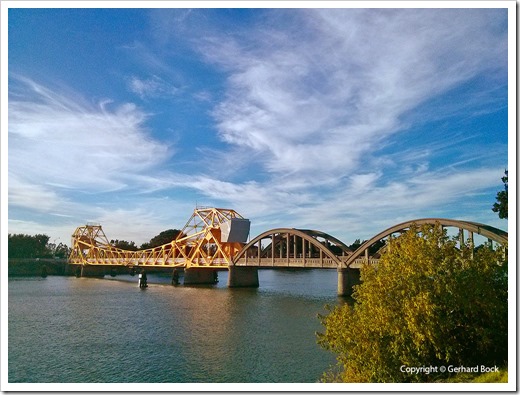 Bridge over the Sacramento River near Locke

I took a friend wine tasting at the Old Sugar Mill in Clarksburg on Saturday (yes, there is world-class wine-growing and wine-making barely 30 minutes outside of Sacramento), and afterwards we took a leisurely drive down the Sacramento River to the historic town of Locke. 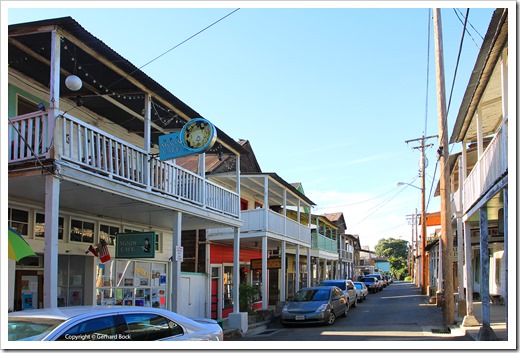 Listed on the National Register of Historic Places and designated a National Historic Landmark District, Locke was built by Chinese immigrants in the early 20th century who had come here to work in the surrounding fields and orchards. It is the only town in the U.S. built “by the Chinese for the Chinese.” 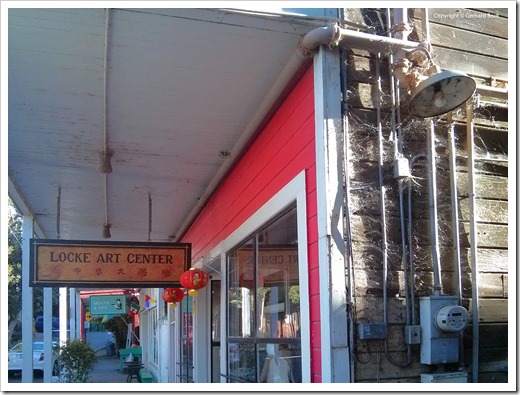 100 years after Locke was established, the town today has a population of 70, only a handful of which are of Chinese descent. Main Street has a few restaurants, stores and museums that are keeping Locke alive but walking around through some of the other streets, it’s difficult not to shake the feeling that Locke is heading towards becoming a ghost town. 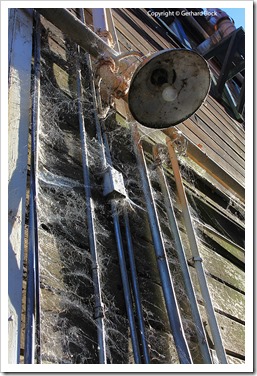 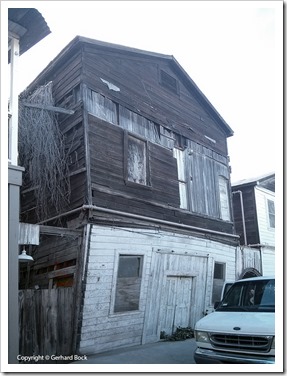 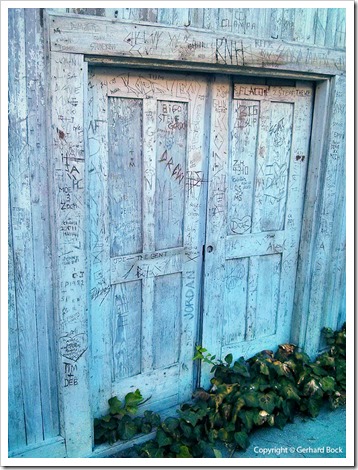 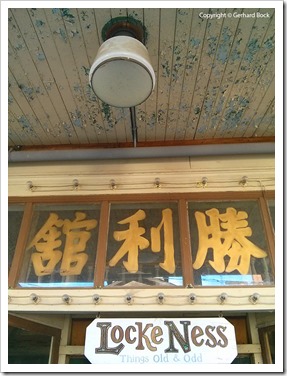 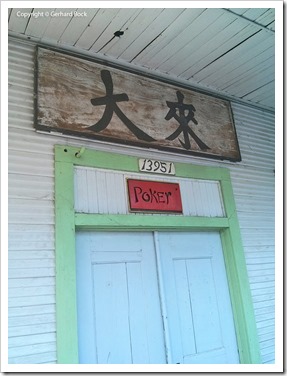 I’m a sucker for Chinese signs 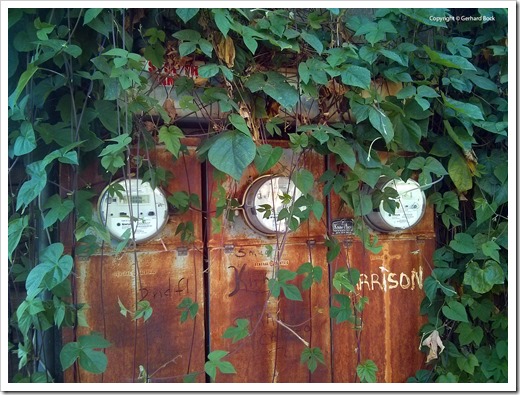 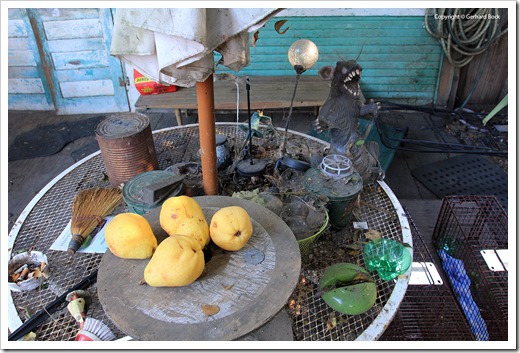 The pears do look fresh even if nothing else does 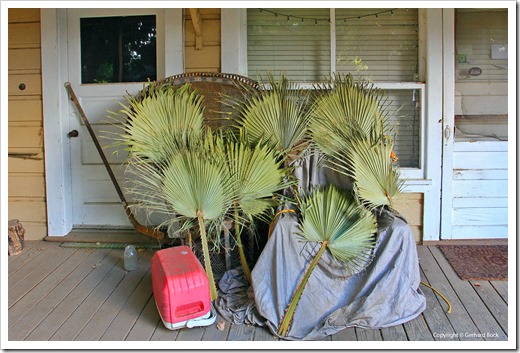 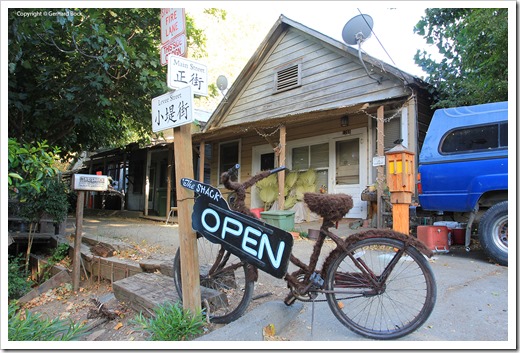 It was great to see so many plants in front of some of the stores and houses. They weren’t the nicest or the neatest, but I loved seeing bits of green amidst the unstoppable decay. 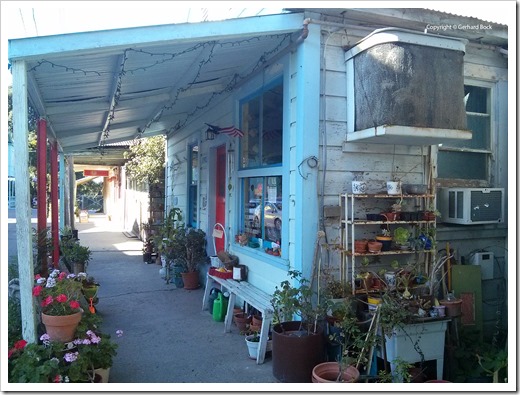 The geraniums look well tended, the succulents on the rack on the right not so much—but they’re tough so they don’t mind 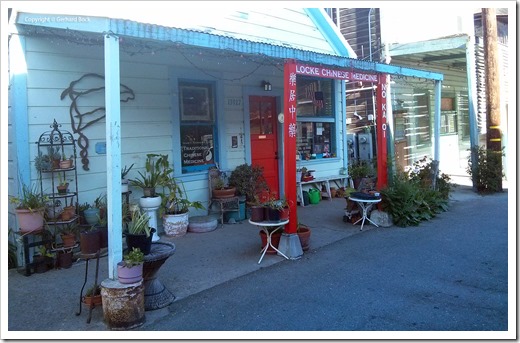 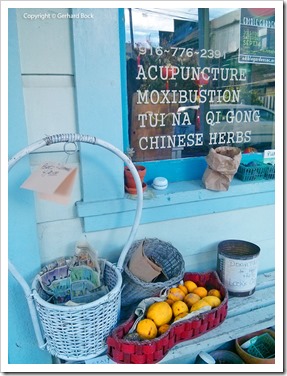 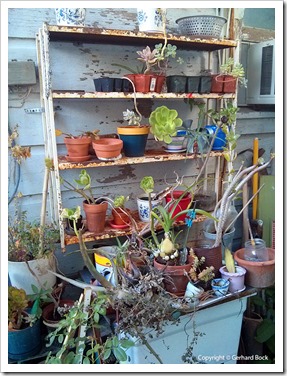 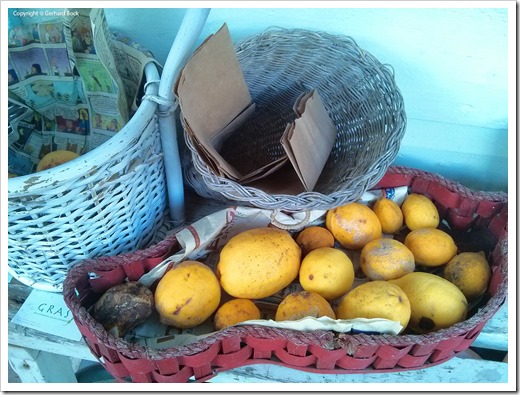 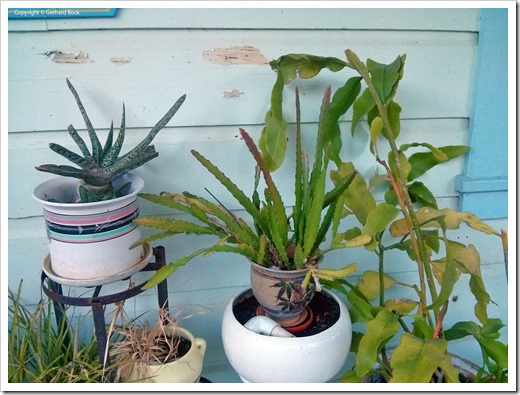 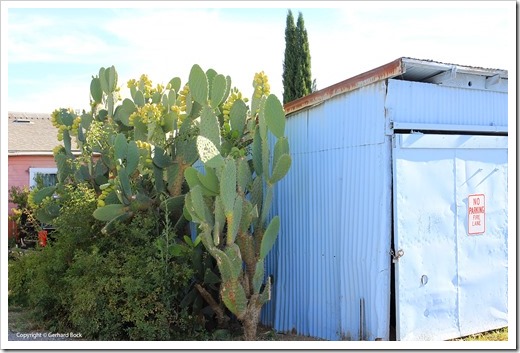 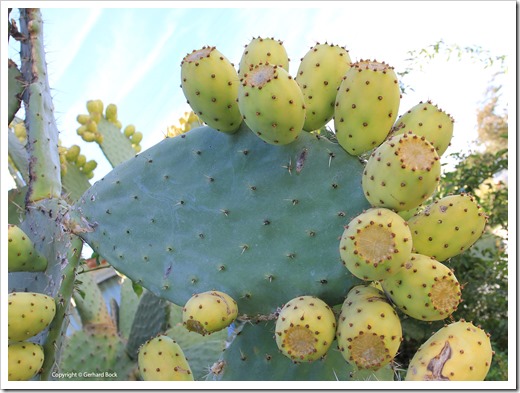 These tunas will make great jelly when ripe 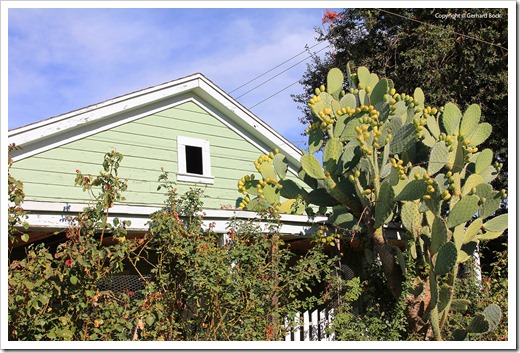 This clump of prickly pears was as tall as the house! 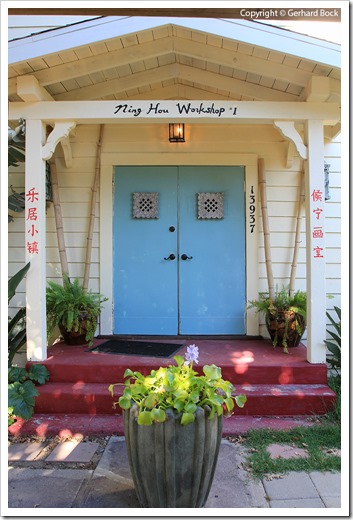 The pot filled with water hyacinth was a nice surprise 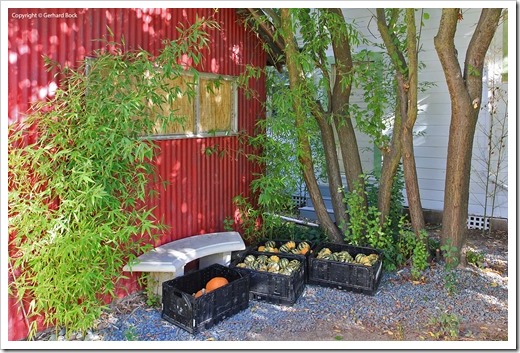 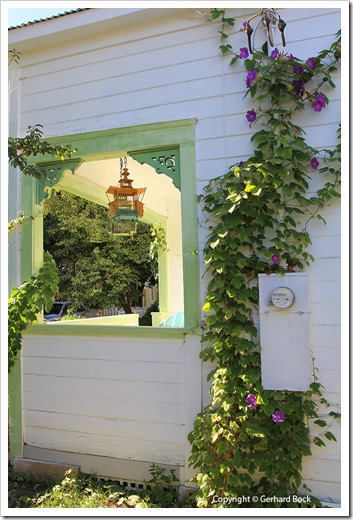 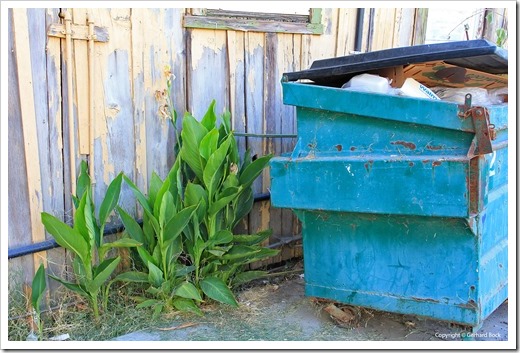 Cannas growing in a crack next to a shed. I love the color contract with the turquoise dumpster. 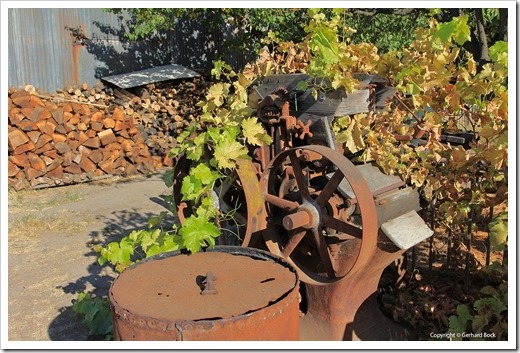 Grapevine and machinery of unknown purpose 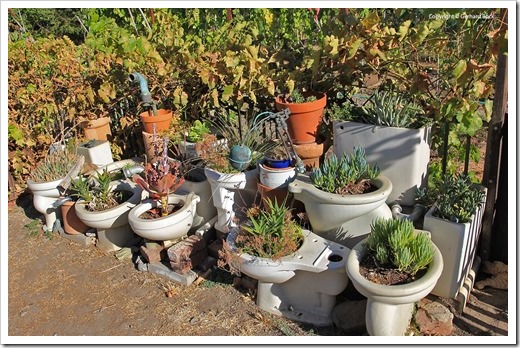 Succulents in toilets—sure to bring a smile to your face! 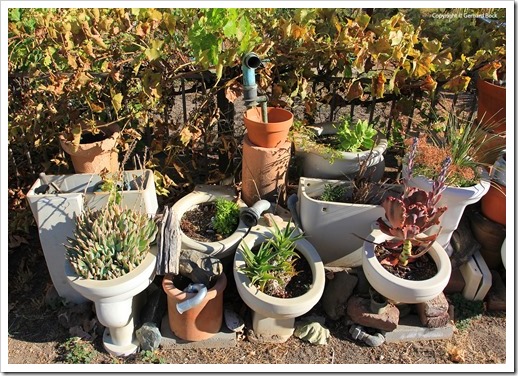 I wonder how long it took to amass such a collection of toilets? 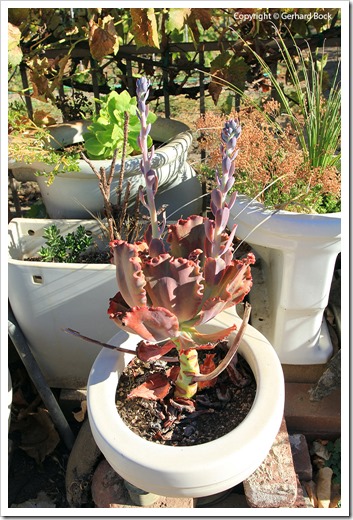 I’ve enjoyed visiting Locke for the 25+ years I’ve lived in the Sacramento area and I hope that the town can be kept alive—and reasonably authentic—for future generations. In recent years, an influx of artists has given Locke a new lease on life so maybe there is hope.

If you’re interested in finding out more about Locke, listen to this program from Sacramento’s Capital Public Radio.