The Kula district is located on the west-facing slope of Haleakalā at an altitude of 500 to 2,500 ft. This area is part of what locals call “upcountry.” The climate here is cooler than on the coast, the soil is fertile, and there is more precipitation than in the arid southern and western parts of Maui.

Kula is the epicenter of the flower industry on Maui. Family farms growing proteas for the cut-flower market on the mainland dot the area (unfortunately, I couldn’t find one that is open to tourists). Kula is also home to two privately owned botanical gardens: Enchanting Floral Garden (closed the day I was in Kula) and Kula Botanical Garden. 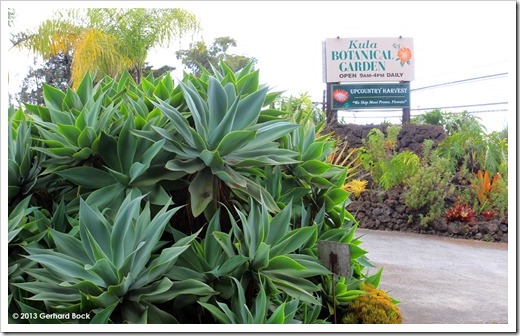 Established in 1968, Kula Botanical Gardens has mature plantings of exotics from all over the world showcased on 8 hilly acres at an elevation of 1,000 ft. I visited on a Monday afternoon, and as was the case at Tropical Gardens of Maui, the parking lot was almost empty. While I was glad that I had the garden almost to myself, I hope this isn’t the way it always is. Places like this need a constant stream of paying visitors to survive. 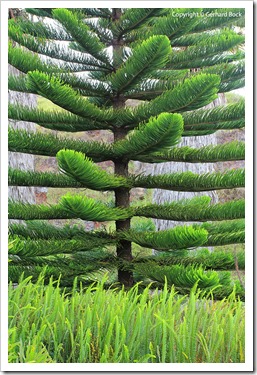 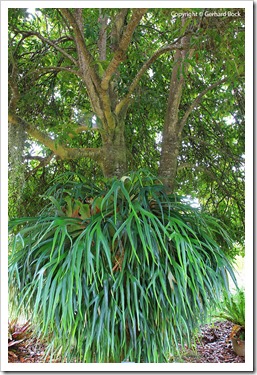 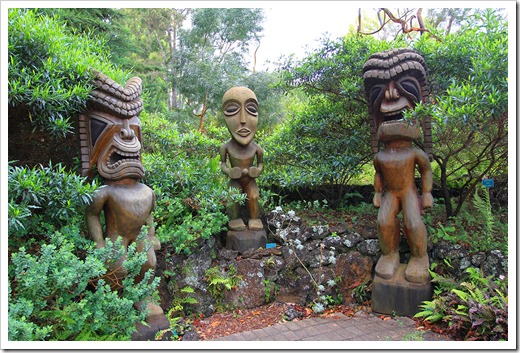 What would a garden in Hawaii be without tikis!

Kula Botanical Garden isn’t a scientific collection laid out according to rigid botanical principles so plants from all of the world happily live side by side in seemingly random fashion. This is how gardeners like you and me would plant our own garden, and it was just fine by me. 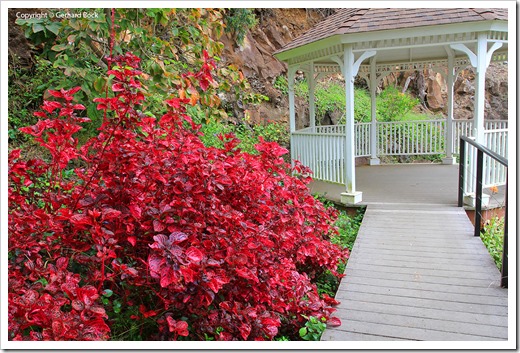 The photos in this post follow the same pattern. They appear in the order in which I took them as I explored the garden. Initially I was going to arrange them by plant group, or at least by region, but then I decided against it since the garden isn’t set up that way either. I hope you’ll enjoy the element of surprise and discovery. 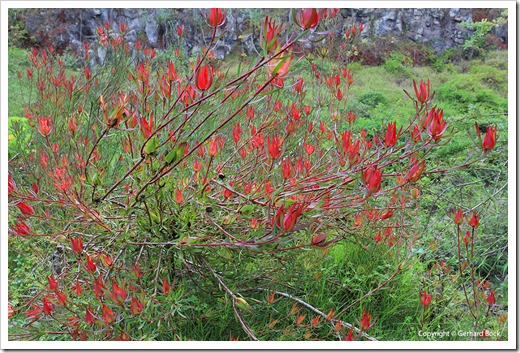 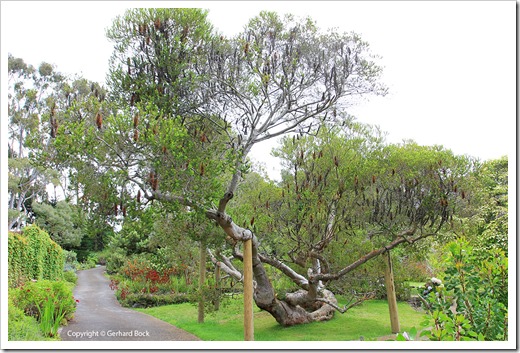 Banksia ericafolia—I would have loved to see this Australian native in bloom! 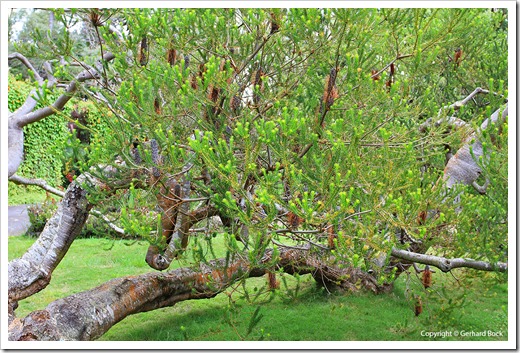 Predictably, Kula Botanical Garden has a strong focus on proteas. The ones from Australia (including the massive Banksia ericafolia above) weren’t blooming, but the leucospermums from South Africa were. As you can see below, their flowers are perfection. 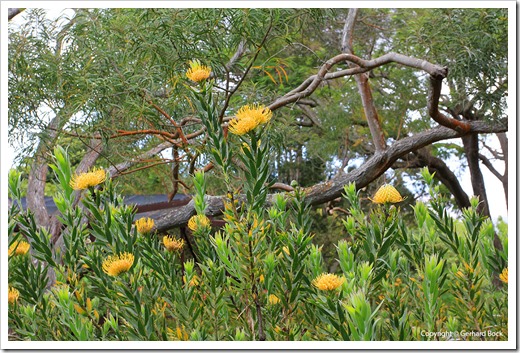 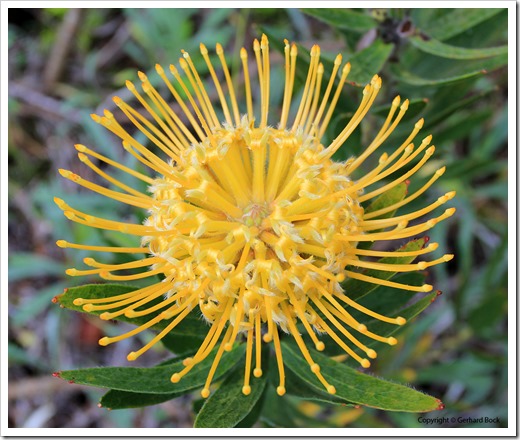 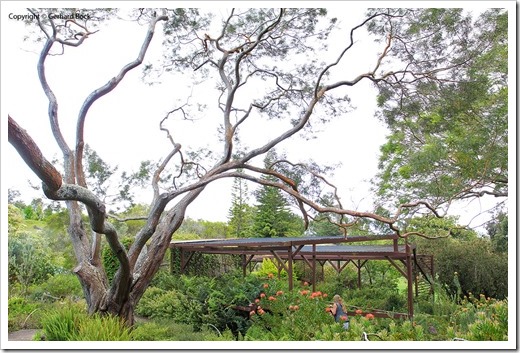 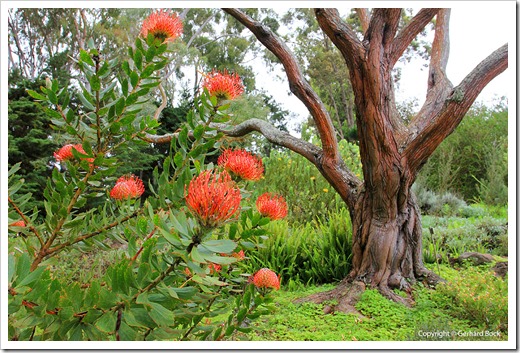 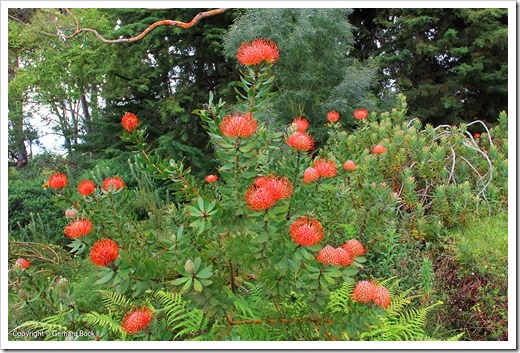 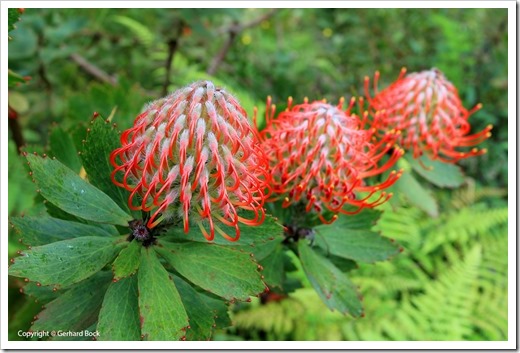 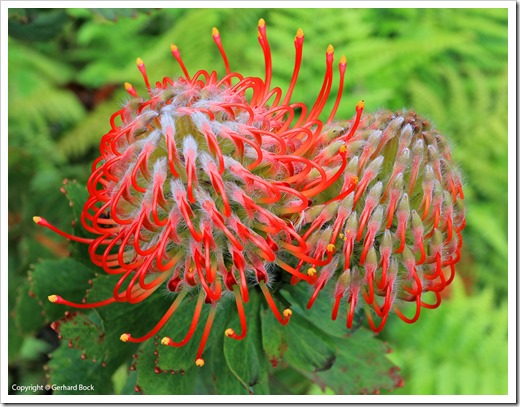 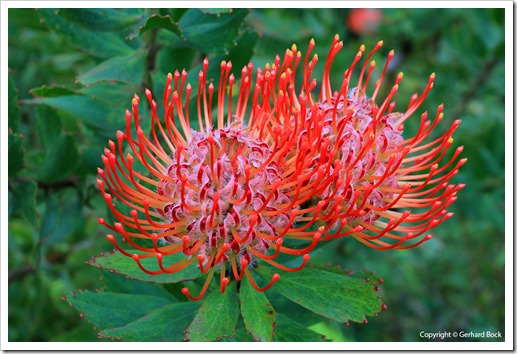 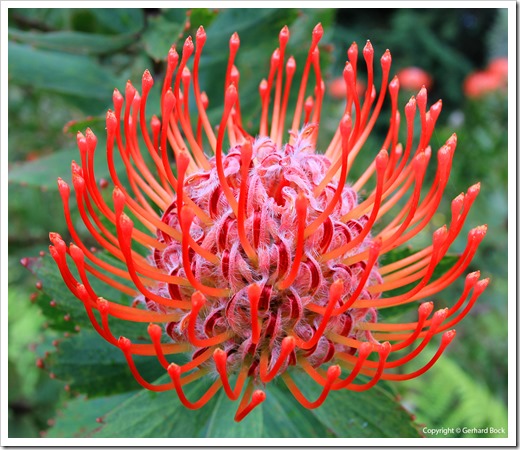 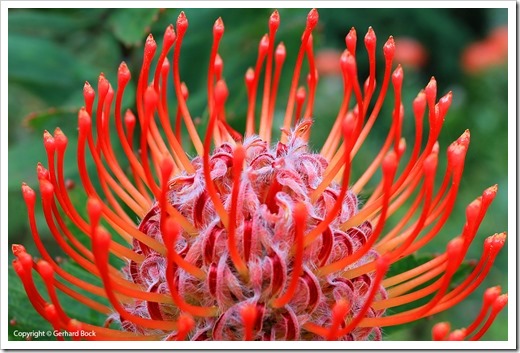 Most king proteas (Protea cynaroides) were done blooming, but I found one that was already forming buds. 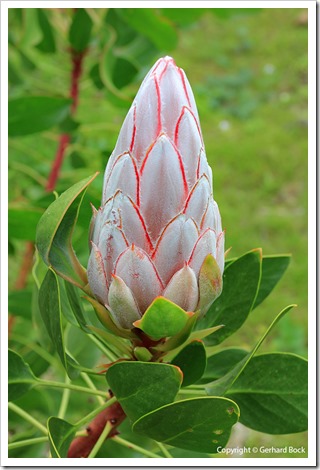 When you think of exotic flowers, hydrangeas don’t immediately spring to mind. However, take a look at specimen below. I have never seen such shockingly blue flowers on a bigleaf hydrangea before. 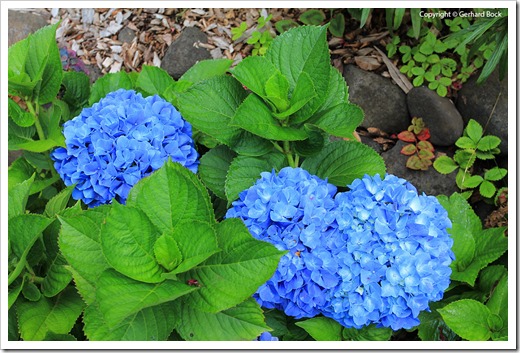 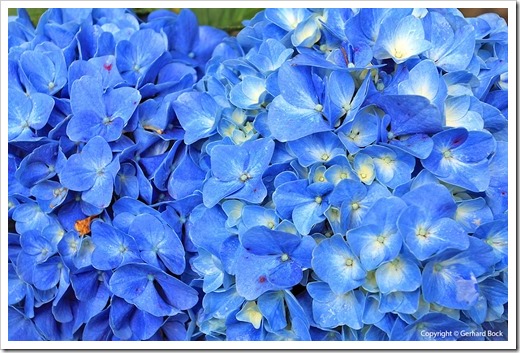 As much as I love flowers, I’m even more attracted to the texture provided by leaves, tree bark, etc. There certainly was no lack of texture at Kula Botanical Garden. The next three photos are just a few teasers. You’ll send a lot more texture in part 2 of this post. 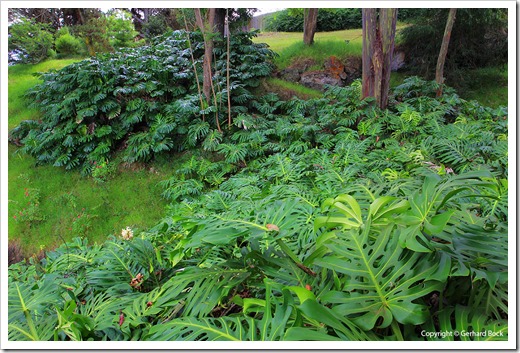 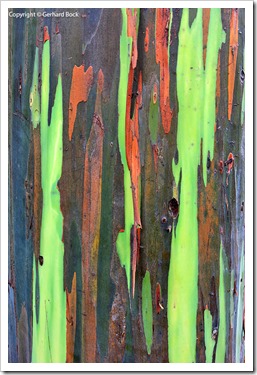 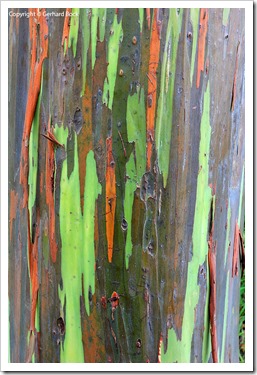 Since I took so many photos at Kula Botanical Garden, I decided to split this post into two parts. Click here to go to part 2 (coming soon).