At the Sacramento Cactus and Succulent Society Show and Sale in May I bought this Dyckia sulphurea for a mere $4: 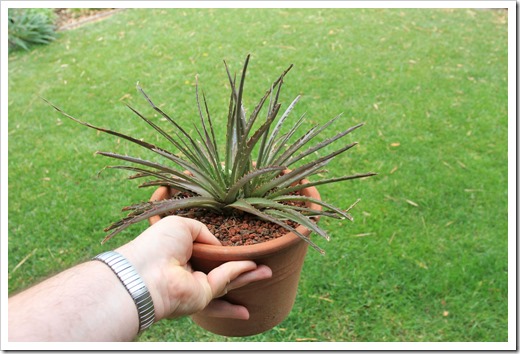 To be honest, I bought it less for the plants (there are two of them) and more for the pot, a practically new 9-inch terracotta pot with a rolled rim which costs way more than $4.

A couple of weeks ago, I noticed a flower stalk emerging from one of the rosettes. I’ve been waiting for the flowers to open all the way but it looks like they never do, they just wilt and fall off. The flowers aren’t all that spectacular, but I like their cheery yellow color. Plus, this is the first of my dyckias to ever bloom, so I’m actually quite excited! 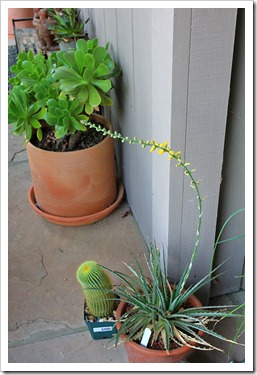 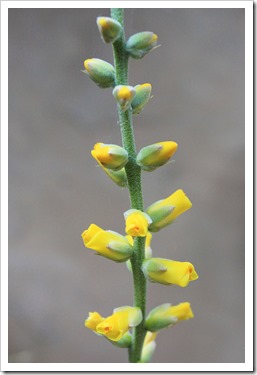 While we’re on the subject of dyckias, here are some others in my collection. 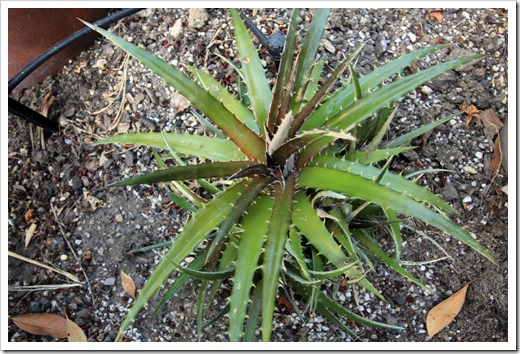 Unidentified dyckia hybrid in the ground 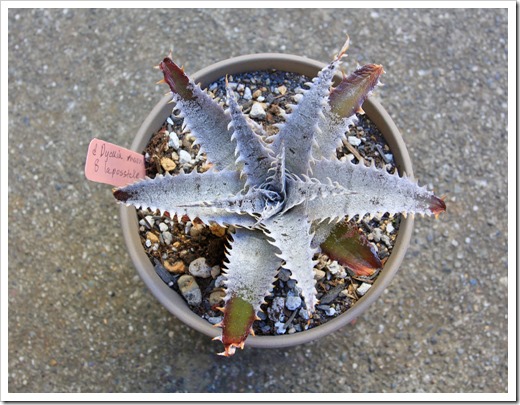 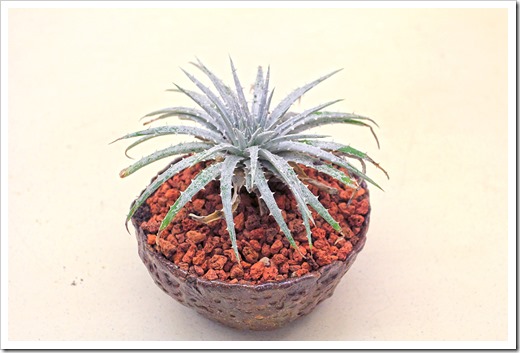 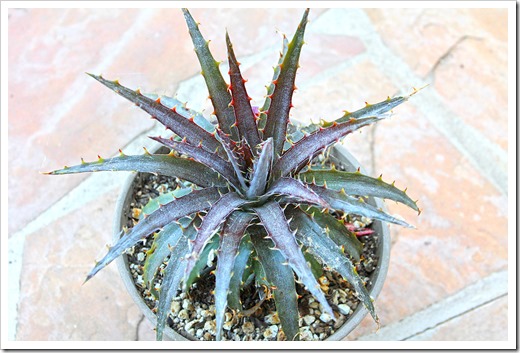 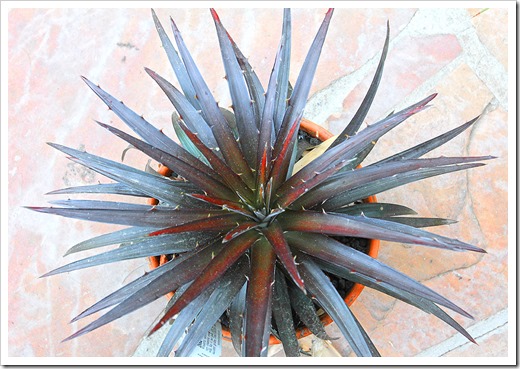 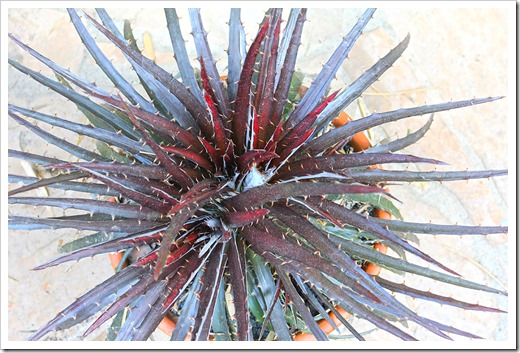 The purple varieties like ‘Cherry Coke’ and ‘Burgundy Ice’ need full sun exposure to retain their color. I had one of them in a shady spot for a while and it turned a muddy green—not a pleasant color. Mine could actually stand even more sun.

Dyckias are terrestrial members of the bromeliad family, just like puyas, hechtias and of course Ananas comosus, the pineapple. Other bromeliads, such as guzmanias, vrieseas and tillandsias, are epiphytes, i.e. they live without soil attached to trees or other plants, deriving water and nutrients from the air and rainfall.