For me, few things epitomize summer the way crape myrtles do. Somewhat nondescript the rest of year, they take center stage when they burst into flower. Few trees bloom as long and as freely as they do, filling entire neighborhoods with pops of color. (On some streets it seems that every house has a crape myrtle.) 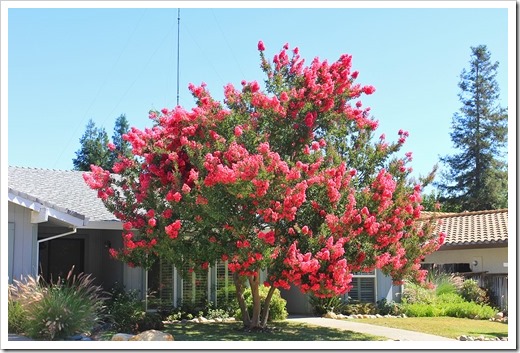 Crape myrtles (Lagerstroemia indica and many named cultivars and hybrids) grow so well in our climate that people sometimes think they are native to California. Actually, they aren’t. As the species name indica suggests, they hail from the Indian subcontinent as well as from China, Korea and Japan. A couple of reasons why they thrive in our area: They like our clay soil, and they positively love our summer heat. 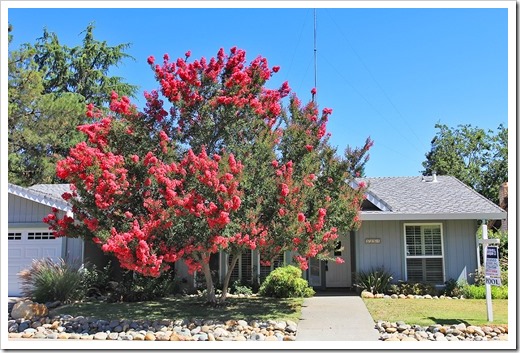 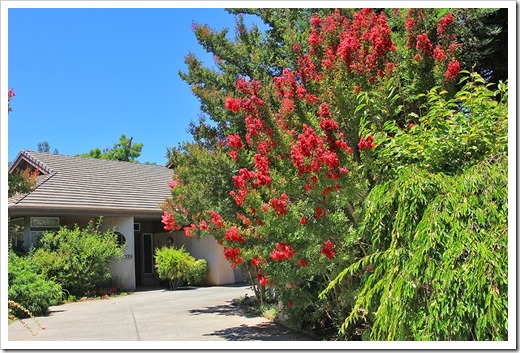 As you can see from the photos in this post, crape myrtles come in different shades of red, purple and pink as well as in white. 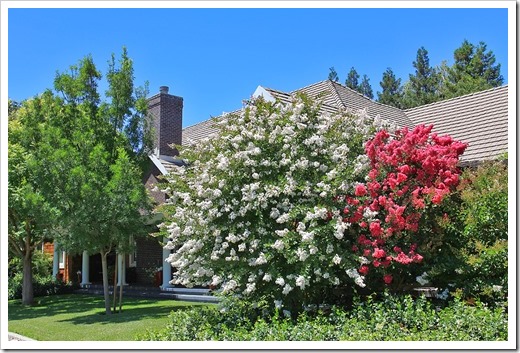 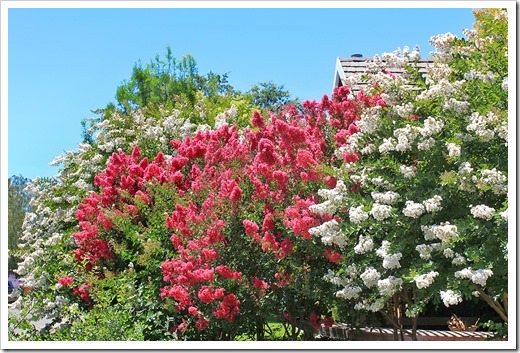 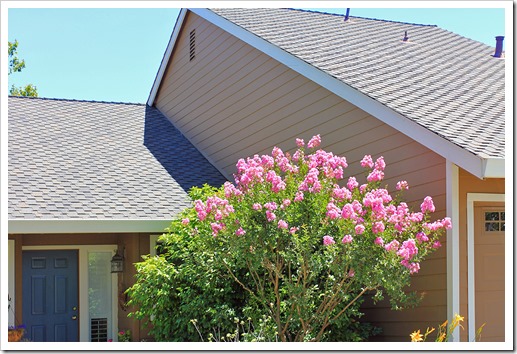 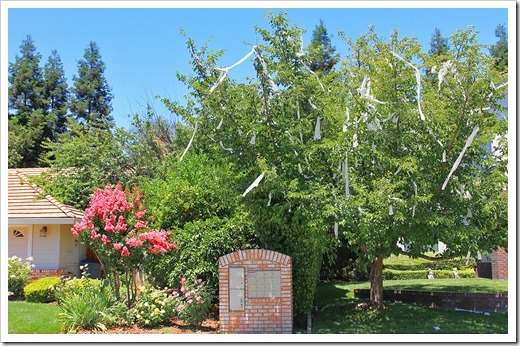 I sure prefer a flowering crape myrtle, even a small one, over the toilet-papered tree on the right!

The remaining photos in this post were taken in Woodland, CA, a 20-minute drive north of Davis. Woodland has many historic homes built during the town’s heyday in the latter part of the 1800s. These old Victorians are beautiful all the time, but in the summer blooming crape myrtles give them an extra air of cheerfulness. 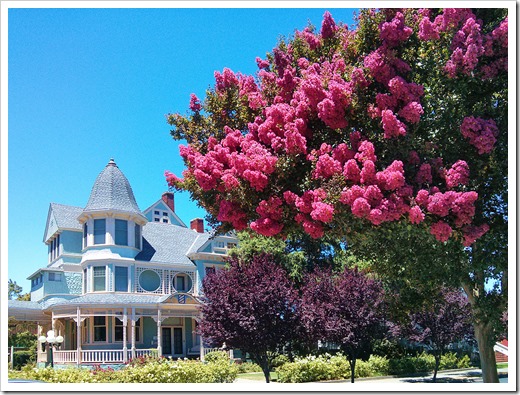 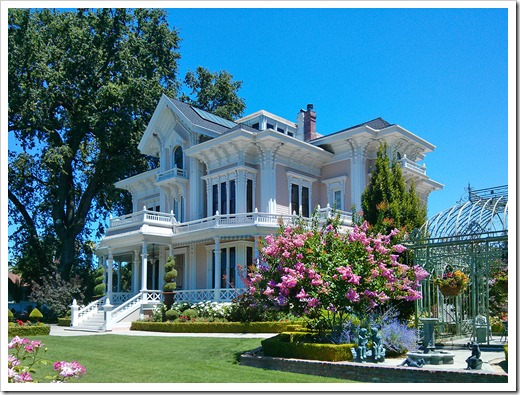 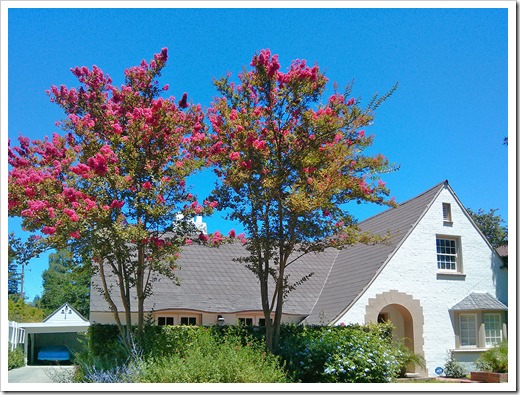 Not a Victorian, but still a beautiful house... 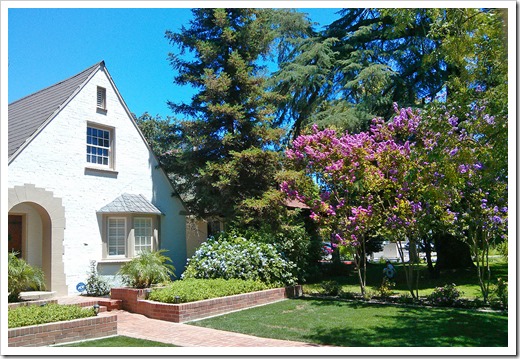 Note: Nobody seems to agree on the proper spelling of this tree. “Crape myrtle” is probably the most common variant, but “crapemyrtle,” “crepe myrtle,” and “crêpe myrtle” (as in crêpe paper) are used as well. Haters have been known to call them “crap myrtle.” :-)