This morning, as I was reading the paper at the dining room table, I happened to glance out onto the front porch. Somehow the large golden barrel cactus (Echinocactus grusonii) I’d found on the clearance rack at Lowe’s two years ago caught my eye. Is my vision playing tricks on me or does it look a little less round than before? 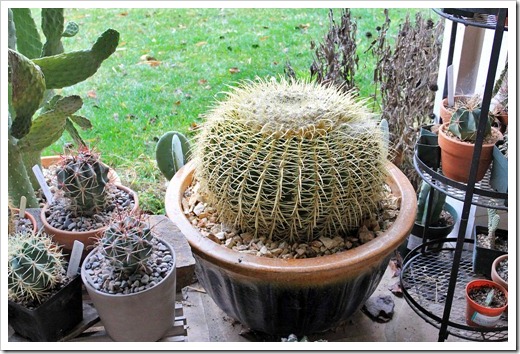 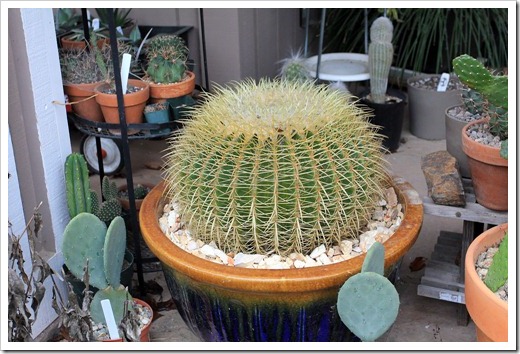 Here are some photos from two years ago: 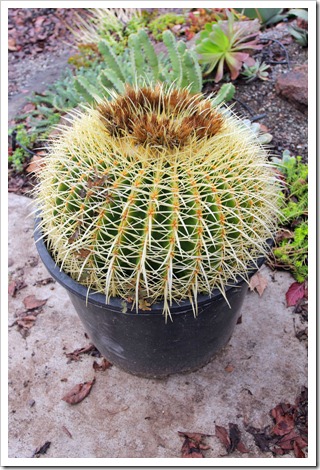 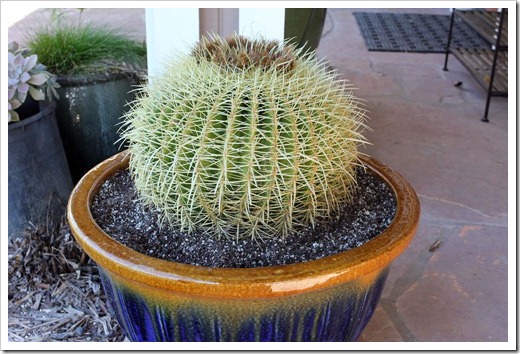 Looking at these photos, it seems that the cactus has become flatter. This does worry me. Specifically, I’m concerned about rot. A barrel cactus can look fine until, wham, it collapses in on itself. It isn’t until then that you realize it’s rotted out.

This golden barrel is on the edge of the front porch. It’s protected from the rain unless wind blows rain onto it. We did have a fair amount of rain in December, and the front of the cactus no doubt got a bit wet, but it hasn’t really rained since then. The soil feels dry to the touch and a moisture meter inserted as far as it will go gives a “Dry” reading. So far so good.

But I can’t shake the feeling that something is going on here. If it were a small cactus, I’d simply unpot it to check what’s going but that’s not easy to do with this specimen.

I’d be curious to know what the cactus experts out there think. Am I being paranoid? Or is there cause for concern?

P.S. The Ruth Bancroft Garden has had problems with their golden barrels rotting. Check out their recent Facebook post.