- January 22, 2018
While our winters are never severe here in Davis (hardiness zone 9b), January is usually a month of planning, not of doing. This year it's a little different, for a couple of reasons: While over the past few weeks the weather has been gray and/or foggy, without much sun, temperatures are still in the high 50s or low 60s during the day—good for planting. In addition, I brought home a bunch of plants from my Southern California trip and I've bought some more locally. All of them had to go in the ground because the last thing I want is to have more pots to keep hydrated.

For once, I didn't dilly-dally. Everything I bought in the last month has been planted. Below is proof .(The only exception are the Tillandsia bergeri offsets I got from Kay in Orange County; they'll be used in a separate project.) 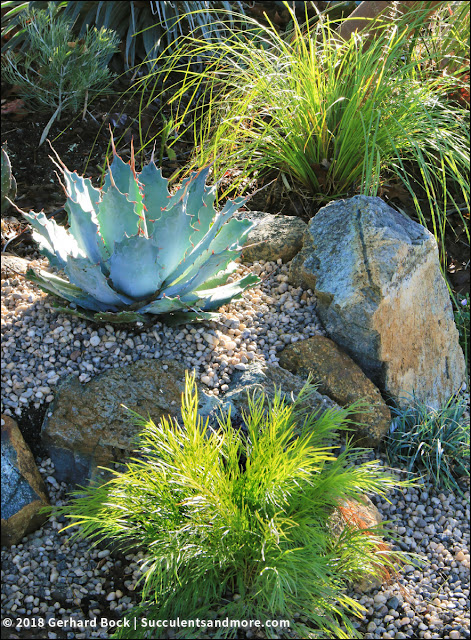 As you look at these photos, please bear in mind that many areas are still rough and need finishing touches, including top dressing (gravel or bark mulch, depending on my mood and budget). But I'm glad I got going so the new plants have time to get established before the summer heat arrives. While that may seem like a long way off, it'll be here before we know it.

Let's start in the front yard. In the planting strip along the sidewalk, outside the 4-ft. fence, I removed several overgrown plants, including a cape rush (Chondropetalum tectorum), New Zealand wind grass (Stipa arundinacea), and autumn sage (Salvia greggii). I like this much better: 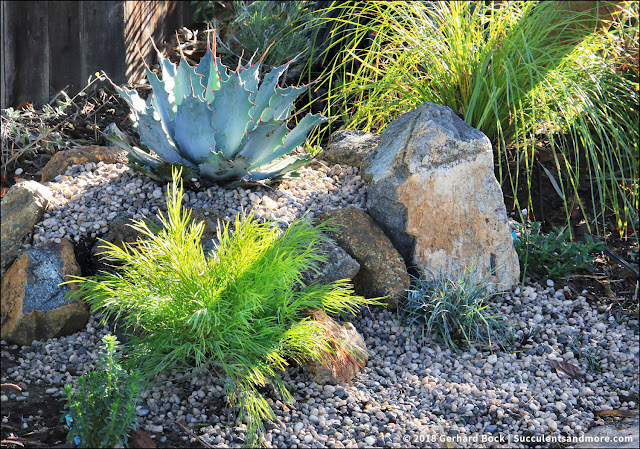 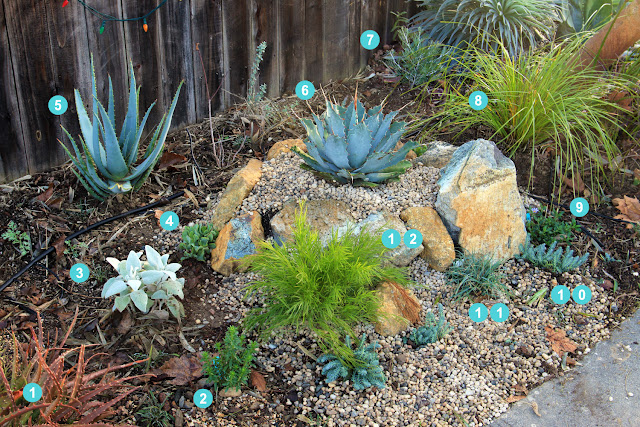 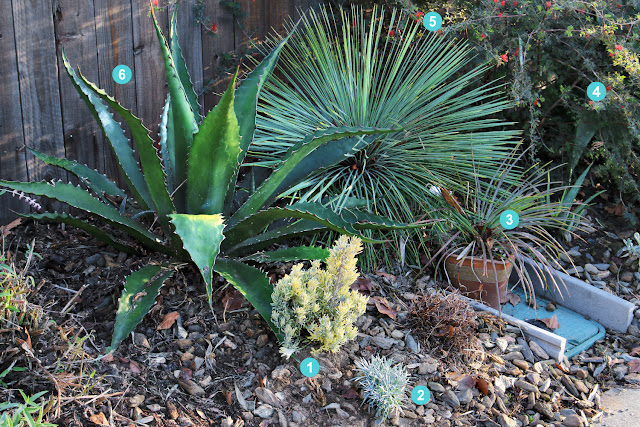 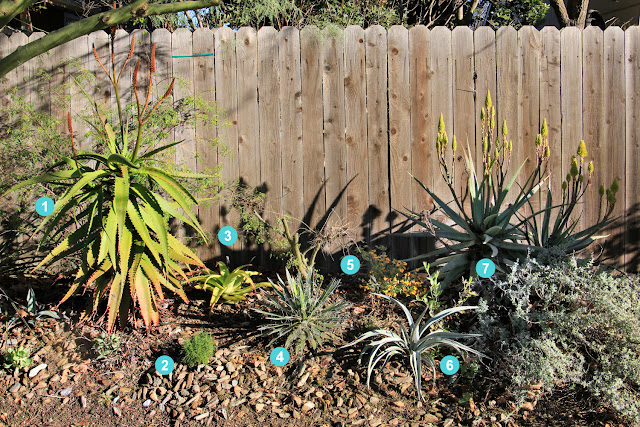 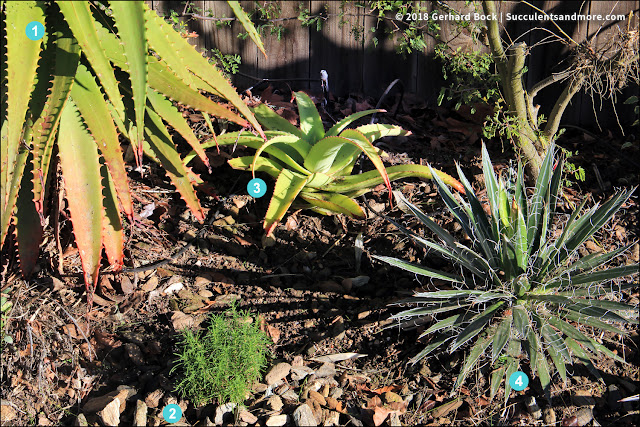 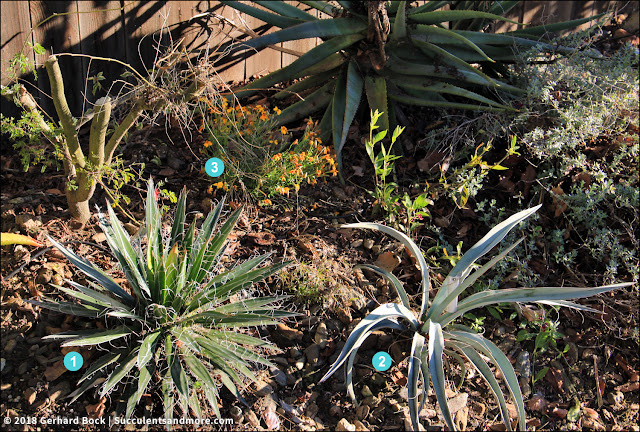 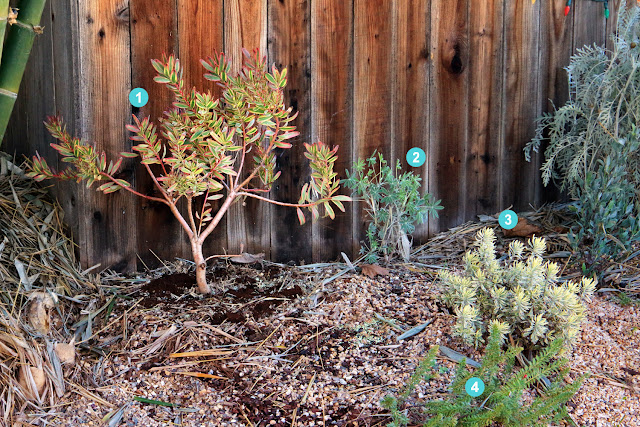 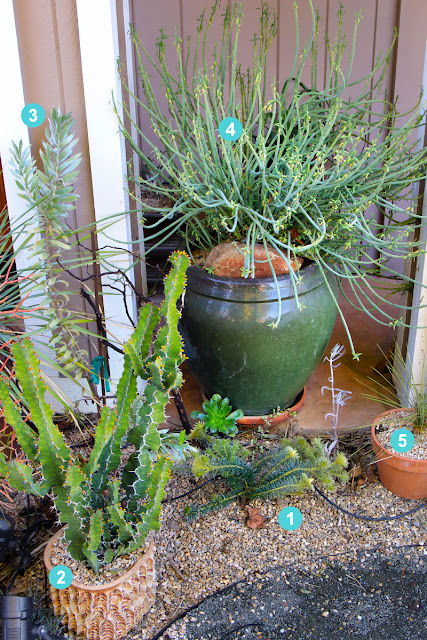 To the right of the front door: 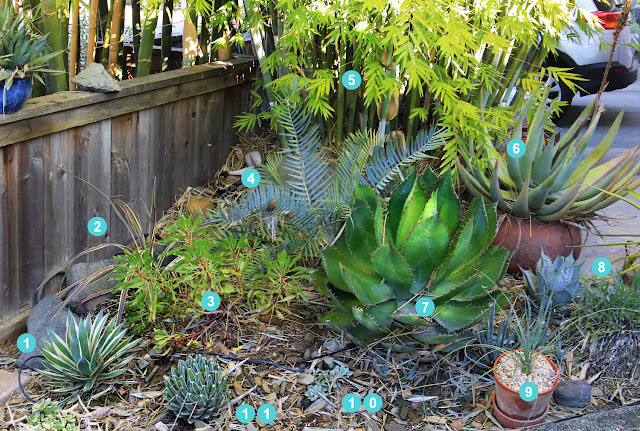 In front of the bamboo:

To wrap up this post, a quick teaser of a couple of projects in progress.

The first one is in the backyard, right near the spot where I just planted the Tasmanian tree fern (Dicksonia antartica) in the photo above. 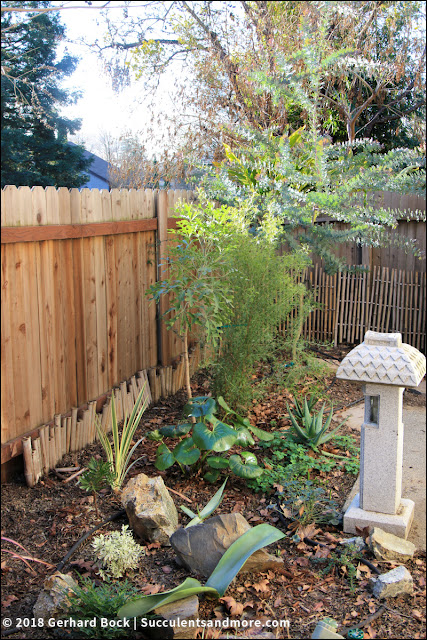 The spot on the right, in front of the bamboo fence, was previously occupied by an old compost tumbler. Now it will be home to a new.... Well, I'm afraid I can't tell you quite yet. But I've started digging a hole. 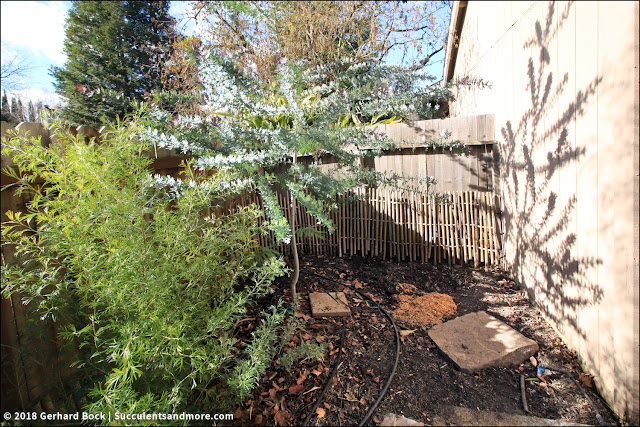 The second project is in the front yard. See the Dymondia margaretae? I removed it yesterday and replanted it in the backyard. This strip will look very different the next time I show you a photo. 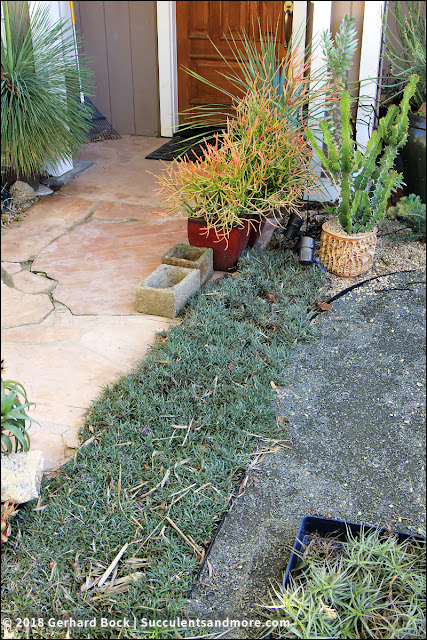 And finally a few blooms, just because they're there for our enjoyment: