A must-have guide for California gardeners and visitors: The California Garden Tour by Donald Olson

Selfishly speaking, the timing couldn't have been better. I'm planning a late-December trip to Southern California, and I've been using The California Garden Tour for inspiration and information. In addition to big names like the Huntington, the Los Angeles County Arboretum and the Getty Center and Villa, Don also takes readers to gardens I'm not familiar with, including Virginia Robinson Gardens, Hortense Miller Garden and Rancho Los Alamitos. I can't wait to explore them in just five weeks.

Now let's take a closer look at the book: 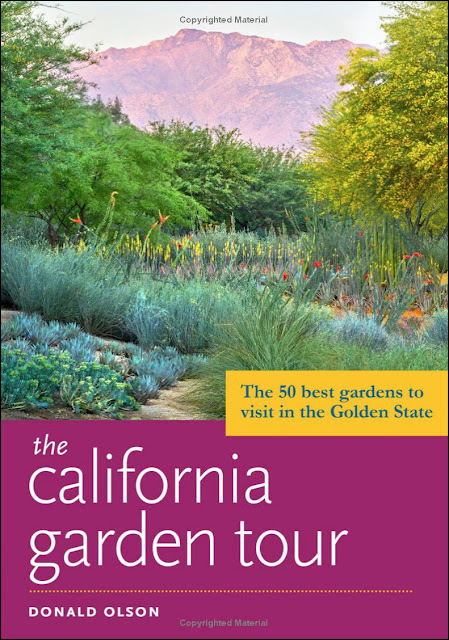 The contents pages below show all the gardens covered in The California Garden Tour. While I've been to many gardens in Northern California (my stomping grounds), there are still seven or eight I've never visited. Ideas for next year and beyond! In his well-written 19-page introduction, Don gives an overview of the evolution of garden-making in California, ranging from precolonial to modern times. This, of course, is inextricably tied to the history of California itself. For the native peoples and early colonizers (including the Catholic friars establishing the 21 California missions), plants were primarily grown for food. As the land was settled and its residents began to benefit economically from California's riches, people started to garden for ornamental purposes, sometimes on a large scale. Grand estates were created all over California in the last decades of the 19th and the early 20th century. Many of them have gardens that are open to the public today, including Filoli and the Elizabeth F. Gamble Garden in Northern California, and the Huntington, the Getty Villa and Getty Center, and the Greystone Mansion in Southern California. 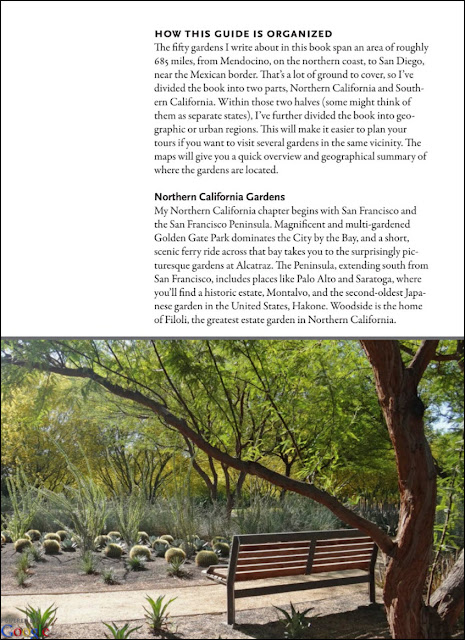 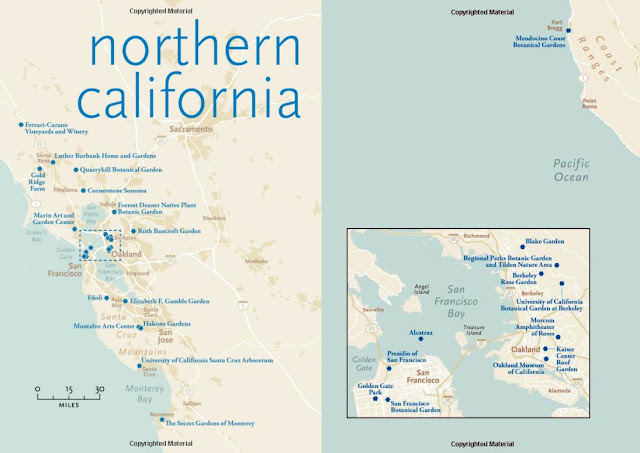 Each garden profile starts with practical information, including the best time(s) to visit. This is followed by an in-depth description of the garden, its history, why it's special, etc. Representative photos, most of them by Don Olson himself, give a sneak peek of what there is to see.

Here are two sample pages for gardens in the Bay Area, both of which I've been to: 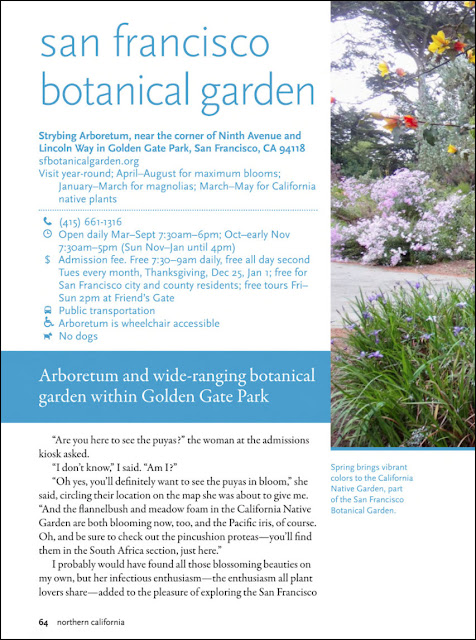 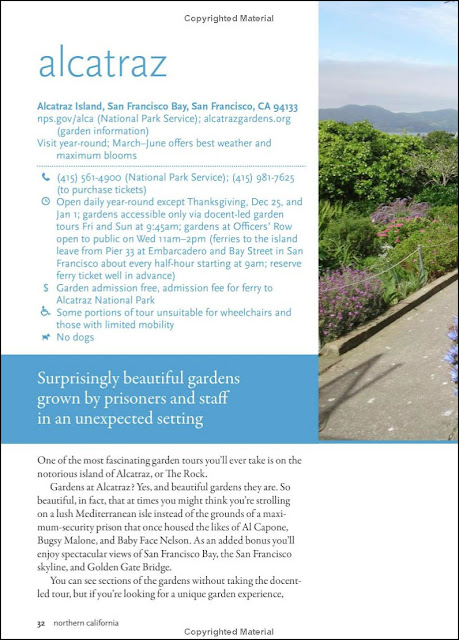 Below are two gardens I definitely want to visit on my upcoming Southern California trip: the Getty Center (especially the rooftop cactus garden) and the Matt Maggio-designed Succulent Garden at the Sherman Library and Gardens: 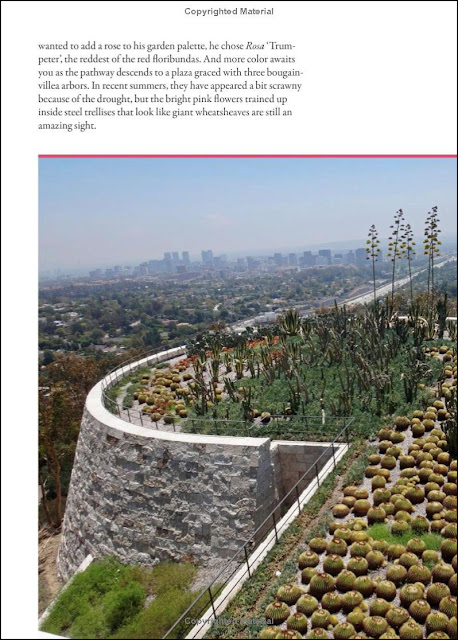 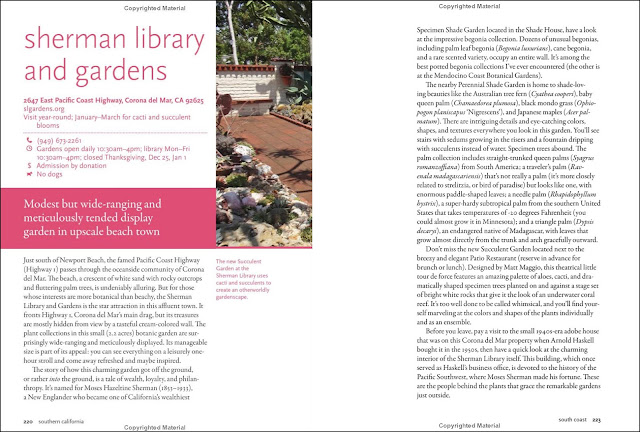 I could go on and on about how wonderful and useful The California Garden Tour (and its Pacific Northwest companion) is, but I think the sample pages above speak for themselves. Both books are available in paperback and for Kindle (easier to take along on a trip).

Don Olson's books fill a real niche, and I hope he will continue his travels and write additional Garden Tour titles.

Note: Timber Press provided me with a complimentary review copy of this book. All book reproductions above are copyright-protected and are used by permission of Timber Press.
book review books California garden tour Northern California public landscaping Southern California