Yesterday I recapped the 2015 Succulent Extravaganza held September 25-26, 2015 at Succulent Gardens in Castroville, CA. It was a great opportunity to photograph the many thousands of succulents growing at the nursery.

As always, I took hundreds of photos. I finally winnowed them down to 64. 32 are in this installment, the other 32 in tomorrow’s. The photos aren’t in any particular order. You never know what you’re going to see next. That’s the same experience you’d have during a visit to Succulent Gardens. 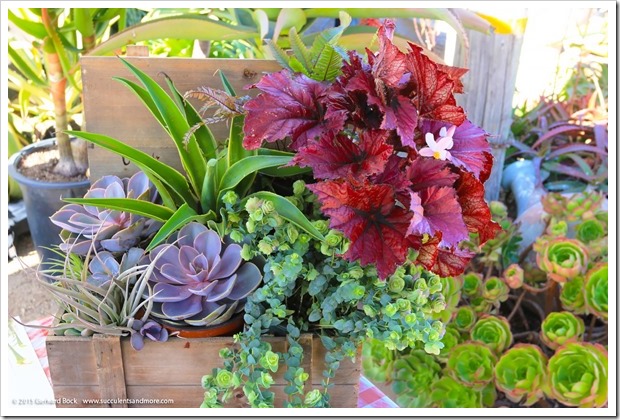 Arrangement by Baylor Chapman as part of her demonstration “Living Centerpieces” 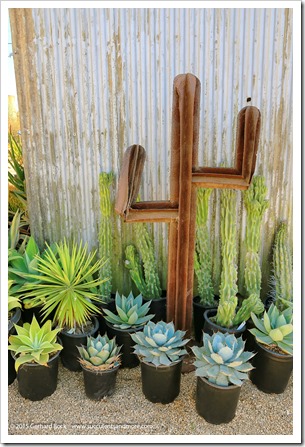 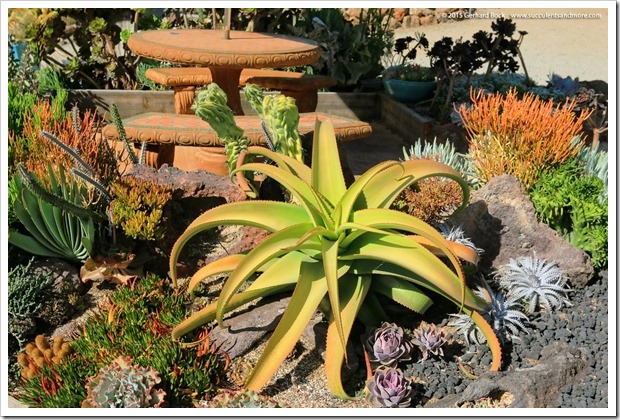 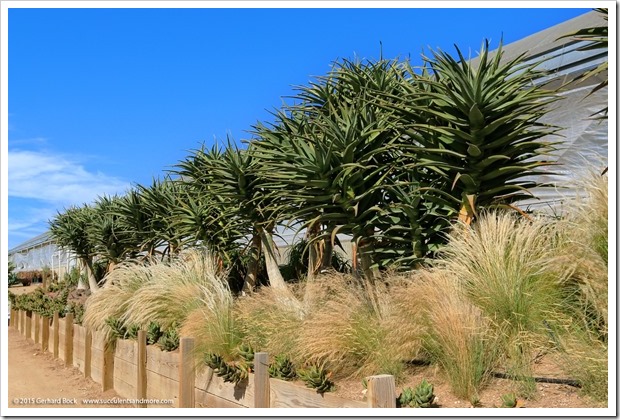 Row of Aloidendron ‘Hercules’ and grasses 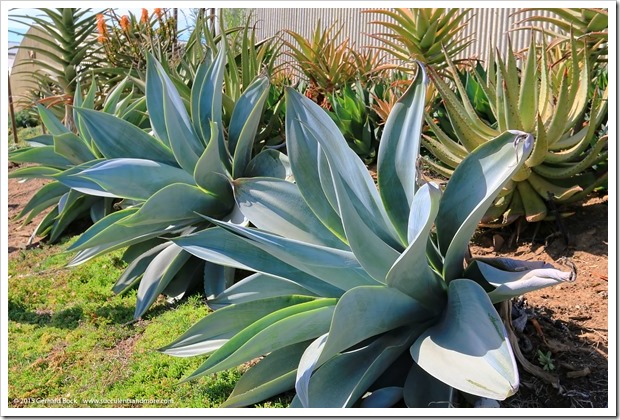 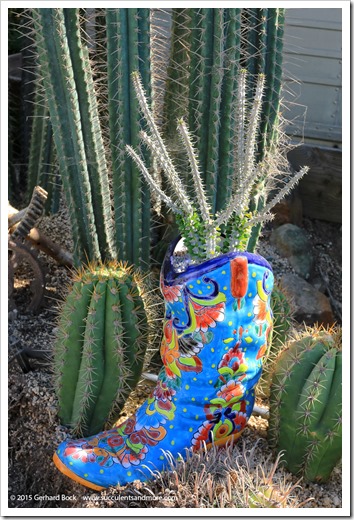 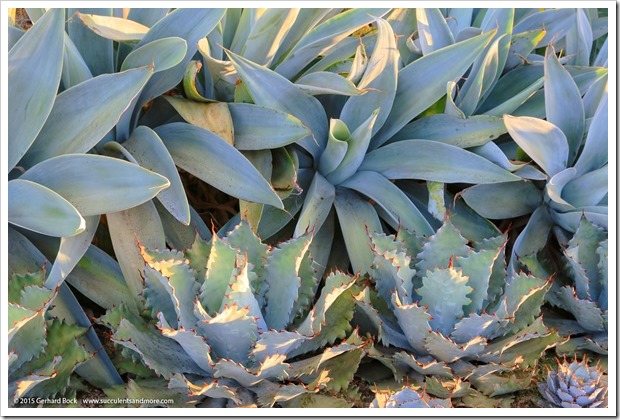 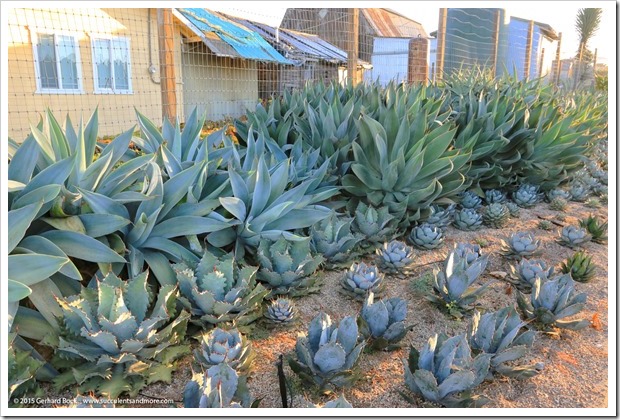 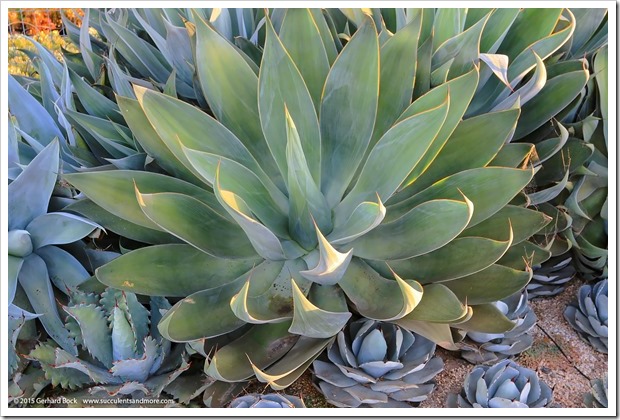 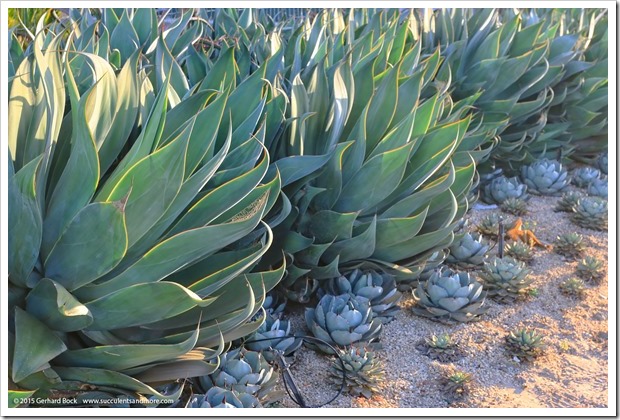 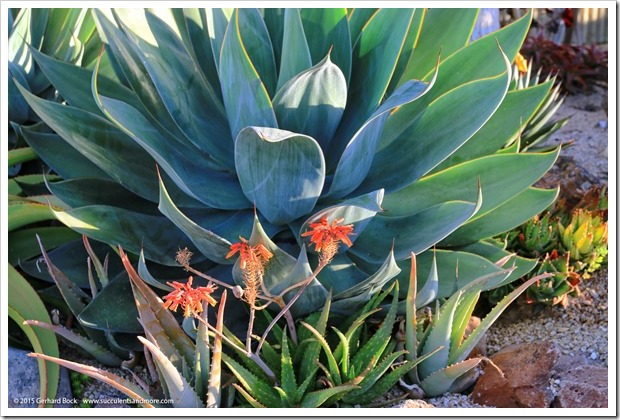 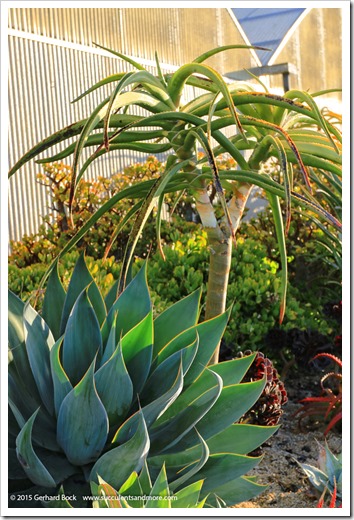 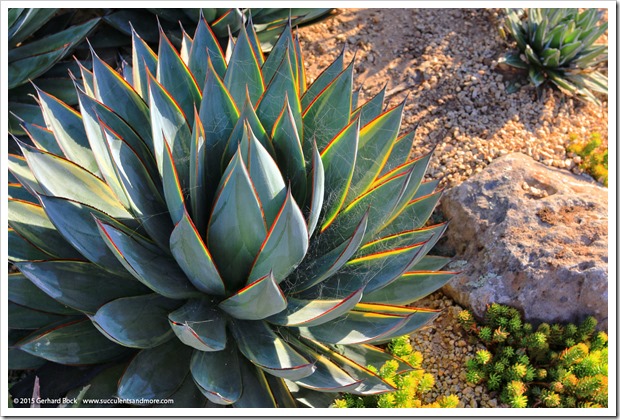 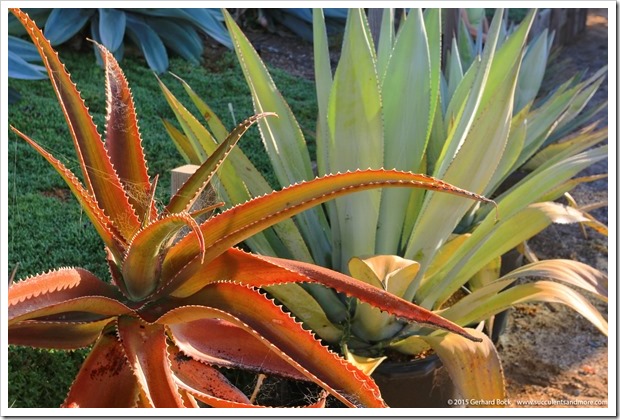 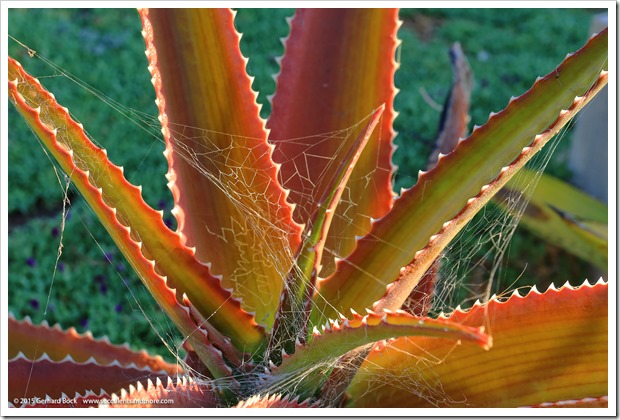 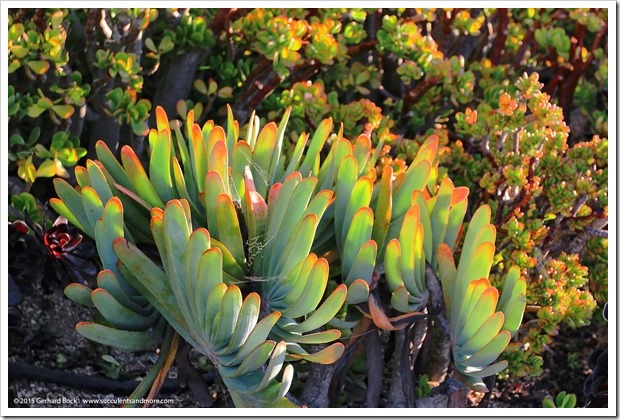 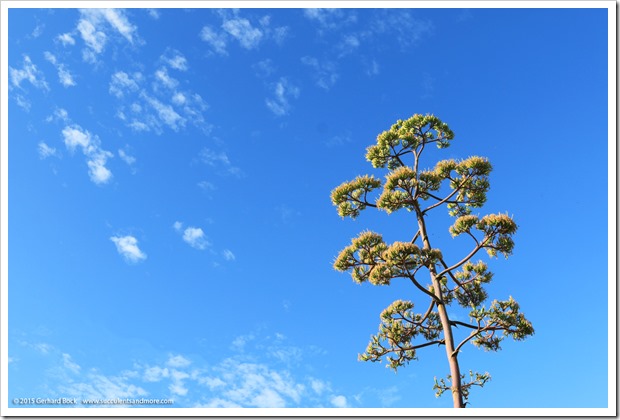 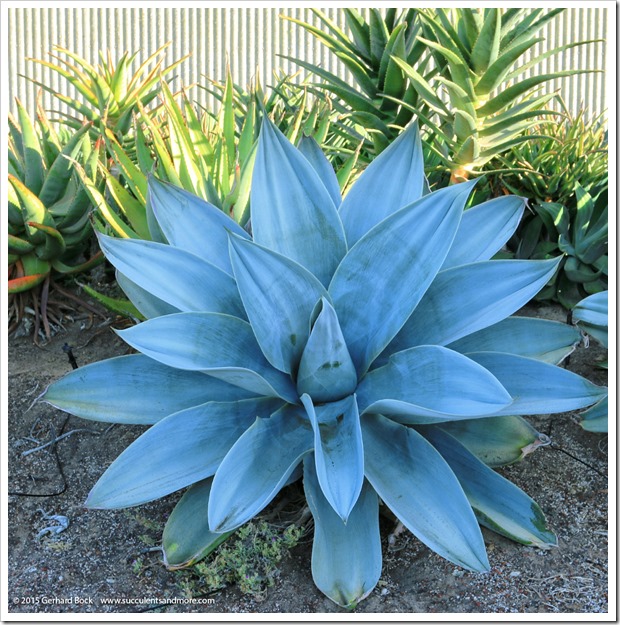 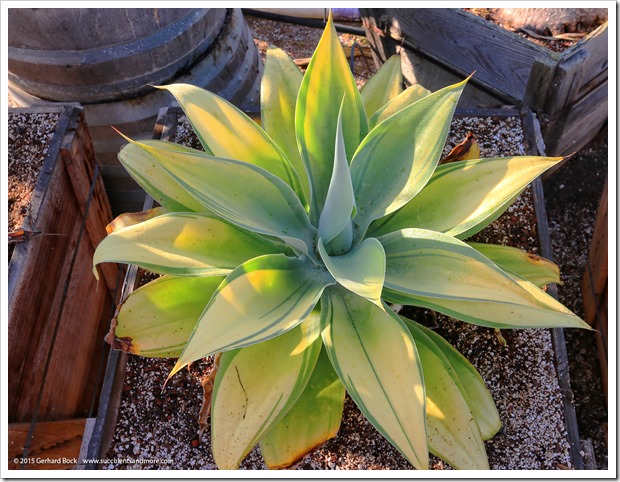 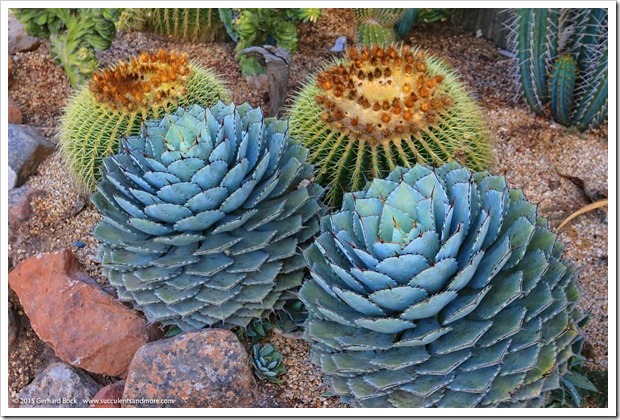 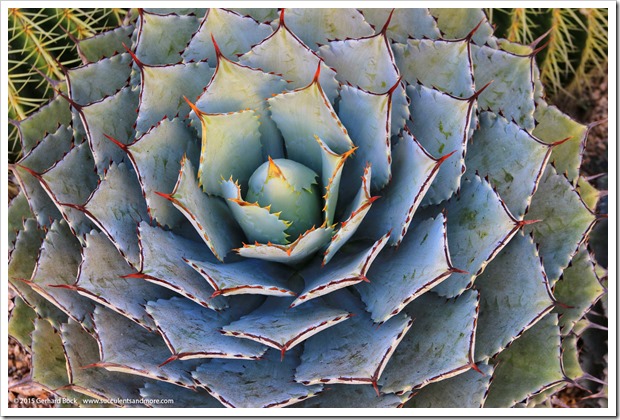 Agave ‘Kichiokan’, thought to be a form of Agave potatorum. However, I had a nice chat with Brian Kemble, the curator of the Ruth Bancroft Garden, who thinks it’s a form of Agave isthmensis. 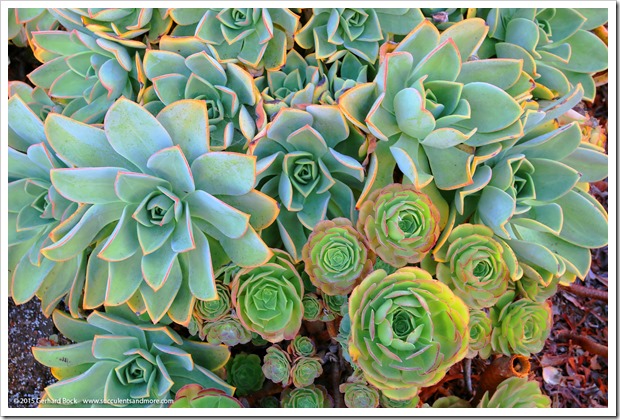 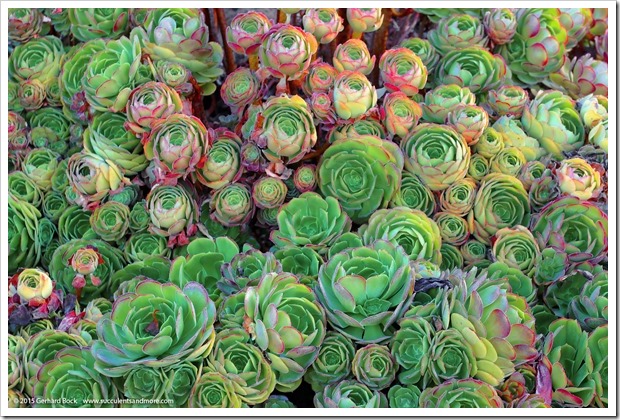 Most of these aeoniums are still summer-dormant. As cool fall weather approaches, the plants will spring to life, and the rosettes will begin to open up. 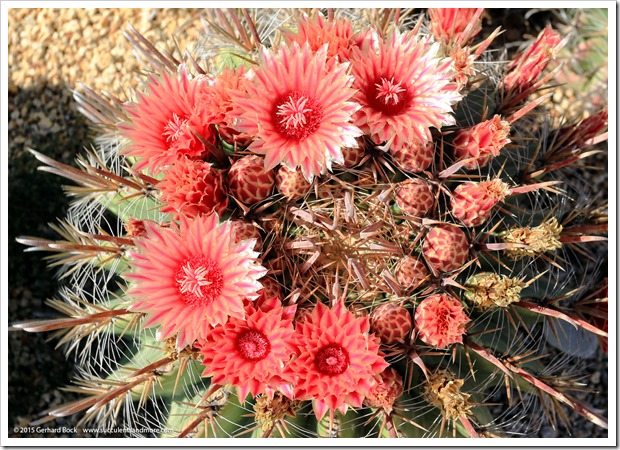 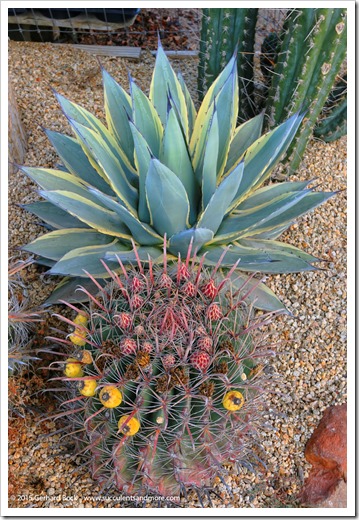 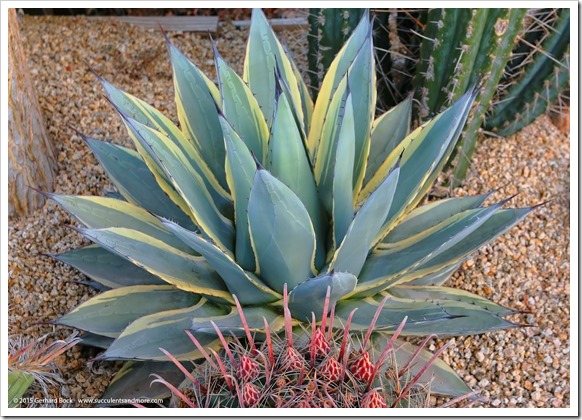 I wasn’t sure what this stunning agave was so I asked Brian Kemble. It turns out it’s Agave ‘Cream Spike’, a variegated cultivar of Agave applanata. Yes, that’s what that cute little agave many of you have in their collection will eventually grow up to be. I bought a larger specimen a few months ago but it’s still nowhere near as impressive as this one.