Winter in the Sacramento Valley (USDA hardiness zone 9b; Sunset zone 14) is aloe time. Most aloes are winter bloomers and they grace us with their flowers when little else is in bloom.

Except this year my aloes are stuck in a state of suspended animation because of our weird weather. Usually our winters are sunny and bright (the occasional rain storm excepted). This January, though, has been anything but normal. We’ve had more fog than I can remember, and it’s been extremely dry. After an unusually wet December, January has been the driest on record. More proof that California’s drought is anything but over.

As a consequence, many of our aloes have been in limbo, their flower stalks in arrested development. I need to turn on the sprinklers this weekend to give all our plants a good drink. Otherwise our aloes might continue to sulk and abort their flowers altogether.

Here are some of the aloes I’m waiting for to come into their own: 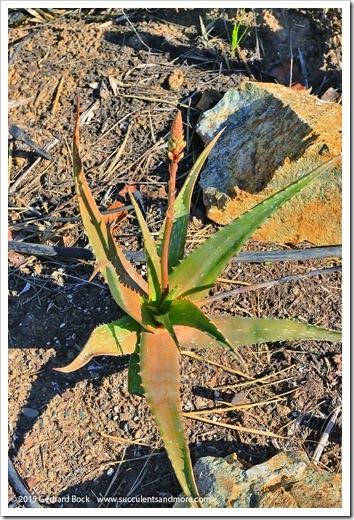 My Aloe ‘Moonglow’, one of the two Leo Thamm hybrids from South Africa that I own, is much more orange than last year. It’s supposed to be on the yellow end of the spectrum. I wonder if it’s so orange because it’s been trying to flower for a couple of months now? I have three plants now and they’re continuing to produce pups, so next year’s show should be more impressive. 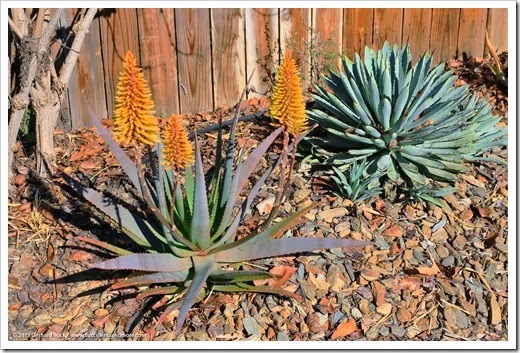 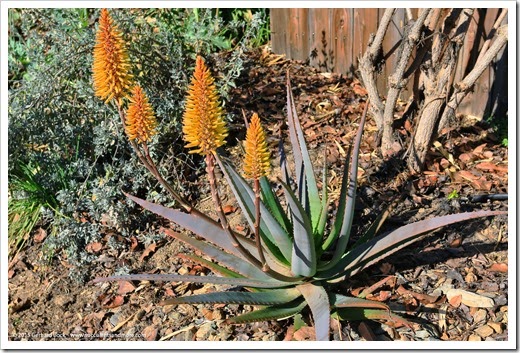 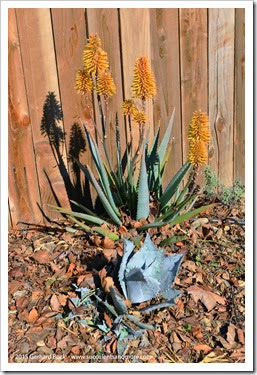 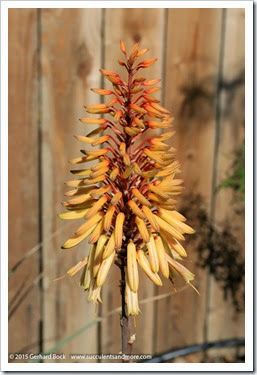 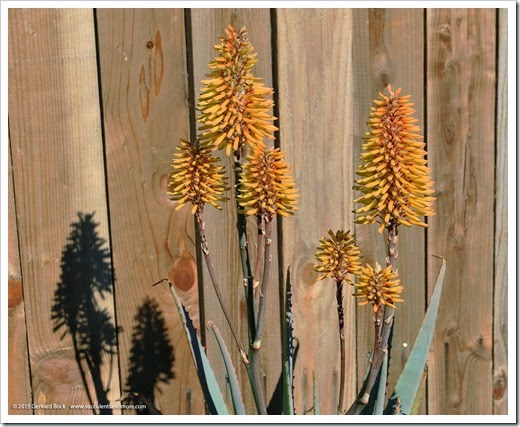 My second Leo Thamm hybrid is Aloe ‘Erik the Red’. This is a fairly tall single-stem aloe, with the potential to grow to a height of 6 ft. As with all aloes from Sunbird, it’s a complex hybrid who exact parentage is being kept a secret. 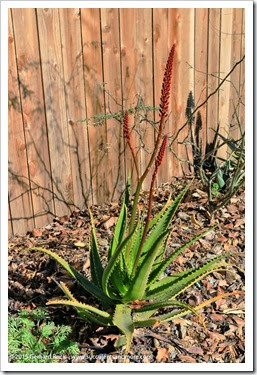 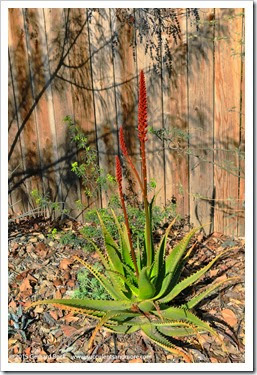 No secret are the last three aloes I want to show you. The first is Aloe cameronii, stuck in this state for a good month now. Open up already, flowers! 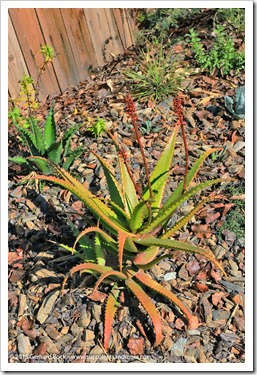 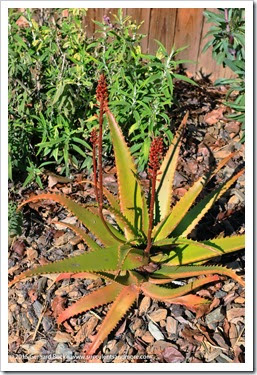 Our large Aloe ferox is no speed demon either. Its flower stalk has been stuck at this height for quite a while now. It’s supposed to tower above the plant! 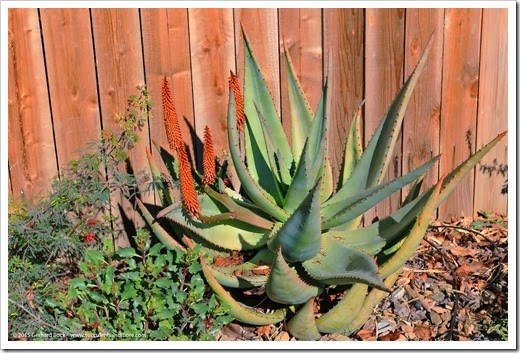 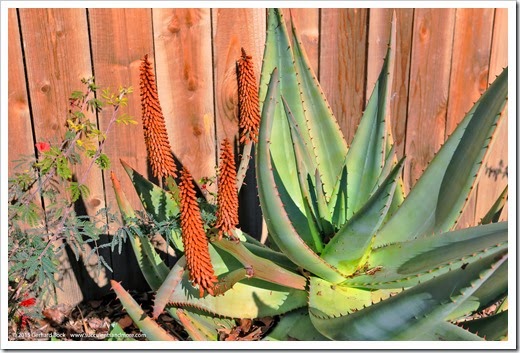 And finally, here’s my variegated Aloe arborescens. It’s actually in full bloom, to my surprise. This is the first year it’s had flowers. 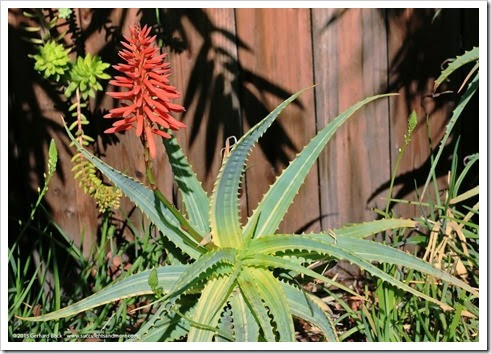 So there you have it. Either I’m too impatient or these aloes are way behind schedule. Fortunately, the forecast for the next 10 days is mostly sunny, so maybe these aloes will finally get a move on!