Almost a year ago, in March of 2013, I bought an Agave ‘Joe Hoak’ from Green Acres Nursery in Folsom, CA. I was very excited because I’d been looking for one for a long time. Click here to read my original post. 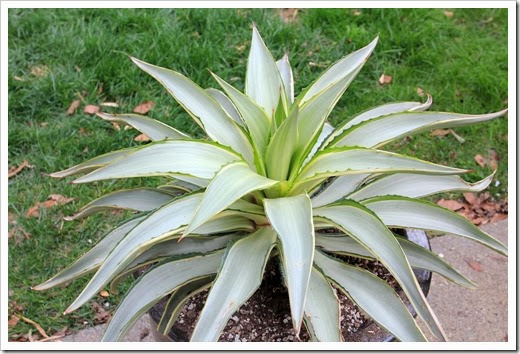 ‘Joe Hoak’, a sport/hybrid/variety of Agave desmettiana, lived in a pot in the backyard for the rest of year. The rosette, which had originally been fairly flat, has already begun to assume its typical urn shape. This is what ‘Joe Hoak’ looked like yesterday morning (January 26, 2014): 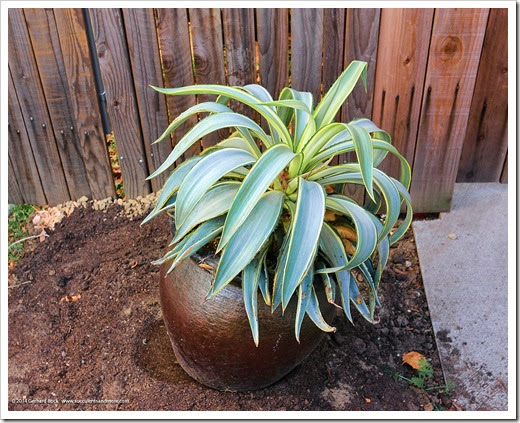 I knew its days in that pot were numbered, and yesterday was the day for it to be released from its ceramic prison.

Unfortunately, I’d made the classic mistake of planting this agave in a pot whose mouth is narrower than its girth. This makes removal difficult, especially if there is a large root mass. I was hoping I might be able to get it out clean, but no such luck. No amount of gentle pulling would make it budge. I didn’t want to manhandle it too much because the plant is worth more than the pot. So eventually I gave in and followed my wife’s advice: break the pot. A few forceful raps with a pickaxe did the trick (I couldn’t find my sledgehammer). 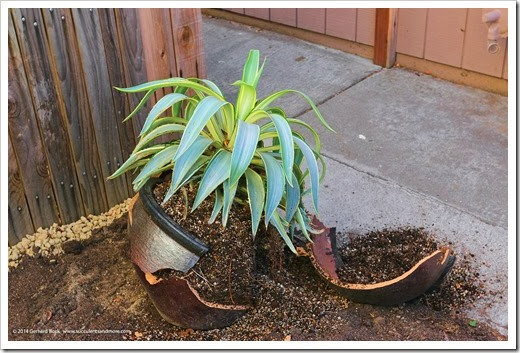 Five minutes later ‘Joe Hoak’ was ensconced in its new home in the ground. 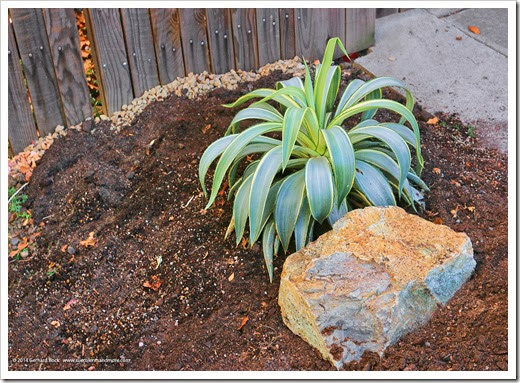 It’ll be much happier here, now that it has free root run. 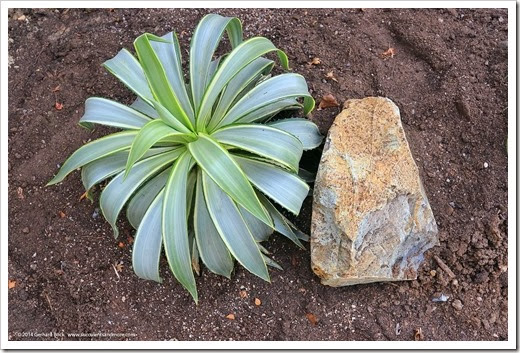 In photos above it’s a bit difficult to tell but this is a new mounded bed I’m creating. At its highest the mound is about 11 inches above the ground. This will ensure good drainage during wet winters—the kind we normally have, not this year’s historic dry spell. 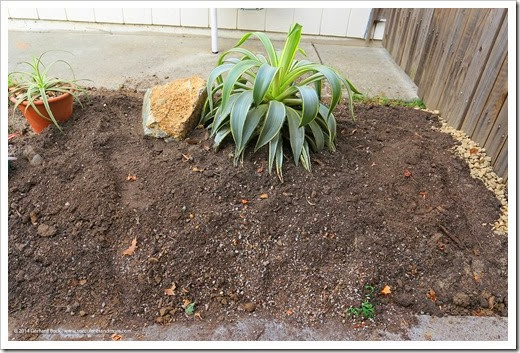 Here is a wider view of this new planting bed. 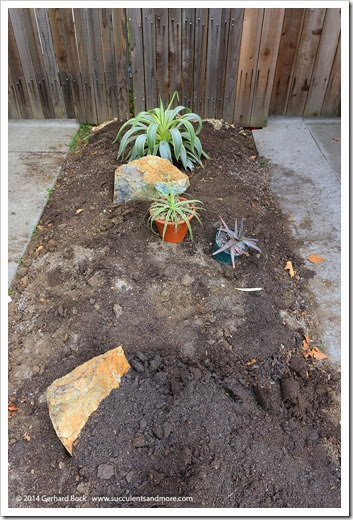 It’s an extension of the succulent bed that separates our driveway from our neighbor’s. I redid most of this bed in October 2013 and posted about it here. I’ve added to it since then, including rock mulch, and will have a comprehensive post once the project is finished. In the meantime, here’s a photo of what the bed looks like today: 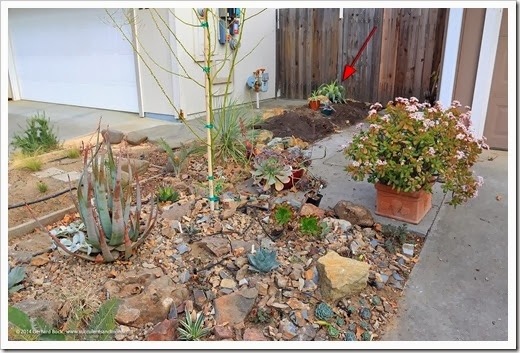