I’ve dreaded writing this post because it meant taking stock of the damage caused by the Arctic system that swept through the west in early December. Fortunately, the situation is nowhere near as dire as I had initially feared.

But let’s start at the beginning.

Before I left for my Arizona trip on December 1, my wife and I covered many plants in anticipation of a cold snap expected to arrive towards the end of that week. Meteorologists forecast record lows for many areas; hellish temperatures like 19°F were bandied about for the Sacramento area. In the end, the official low in Davis for the cold spell that lasted from Thursday, December 5 until Monday, December 16 (12 consecutive nights below 32°F) was 23°F on the morning of Friday, December 6. According to our backyard weather station, the low in our backyard, which is quite sheltered, was 27.7°F that morning. While I don’t have a thermometer in the front yard, I would imagine the low was in the 24-25°F range.

So how did my plants fare? The short answer: as expected, with some surprises.

Right now it looks like I only have two total losses. The first one hurts. It’s my beloved Agave attenuata ‘Ray of Light’. All Agave attenuata cultivars are wimpy; their leaves start to sustain damage in the low 30s. In the rush to get things ready before my Arizona trip I completely forgot to cover my ‘Ray of Light’. So it sat there that fateful Friday morning and simply froze to death. I got back from Arizona late that Friday, and when I saw it on Saturday, December 7, I knew there’s no coming back from something like this: 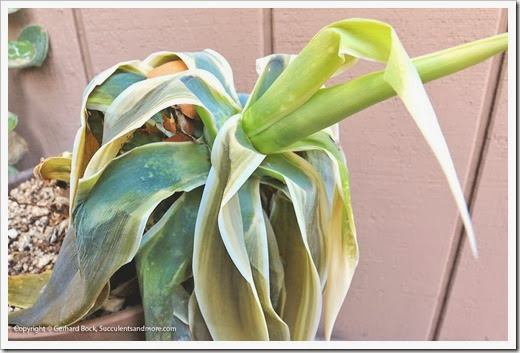 My other Agave attenuata, a cultivar called ‘Boutin Blue’, lives in a protected spot on the front porch. It was covered with frost cloth and yet it still sustained some leaf damage. Sure, it’s cosmetic, but I do grow plants for their looks and I’m not happy when their leaves are marred. 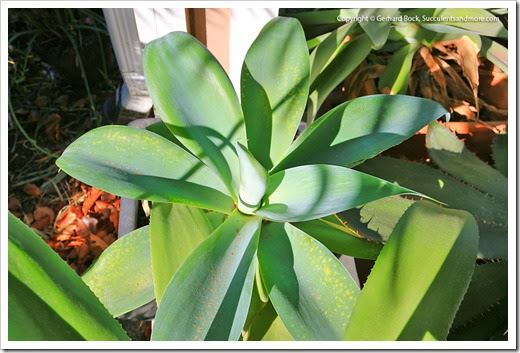 The other total loss is this Dichondra argentea 'Silver Falls'. It sits on the fence next to the garage door and I meant to move it to the front porch, but again, I forgot in the mad scramble to get things covered before my trip. Dichondra argentea is supposed to be a zone 9 plant (Davis is in zone 9b) but this is the second year in a row that I lost one. 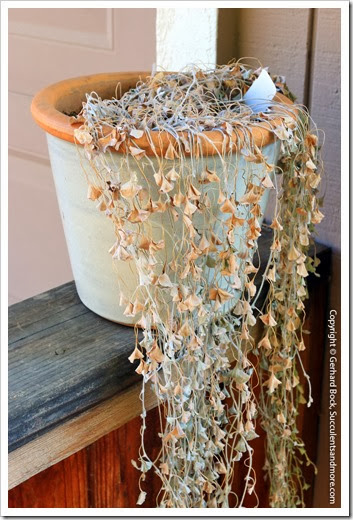 Another plant I should have covered and didn’t: Fuchsia triphylla ‘Firecracker’. Initially it looked like a goner… 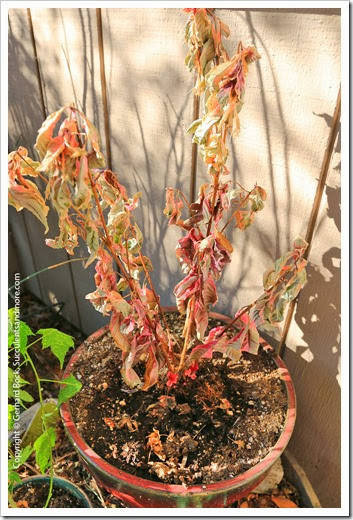 …but now there is new basal growth. Yeah!! The fact that it was right up against the house probably helped. I must not forget that is a solid zone 10 plant and simply can’t be outside on a night below freezing. 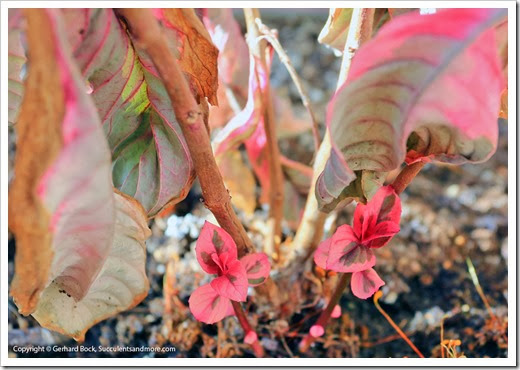 My variegated bigleaf hydrangea (Hydrangea macrophylla ‘Tricolor’) looks like hell. I expected it to be evergreen, but I guess it isn’t. It’s root-hardy to -25°F so it’ll definitely come back, but I had hoped I’d be able to enjoy its pretty leaves all year round. 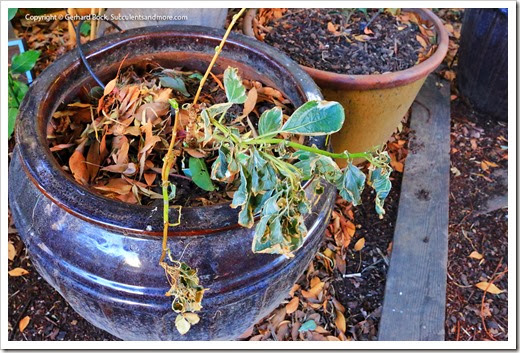 The planting strip inside the front yard fence is home to a Meyer lemon that I keep forgetting about because it’s still so small (it was a rescue from the Lowe’s clearance rack). The newest growth at the top froze completely, but the tree itself is still very much alive. The same goes for the variegated Eureka lemon planted next to the Bambusa chungii ‘Barbellata’ in the front yard. 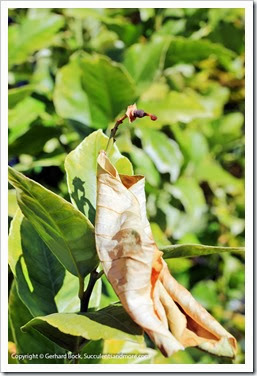 Here are some more plants that sustained varying degrees of damage but nothing lethal: 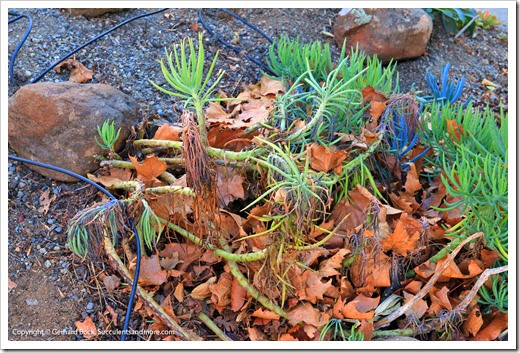 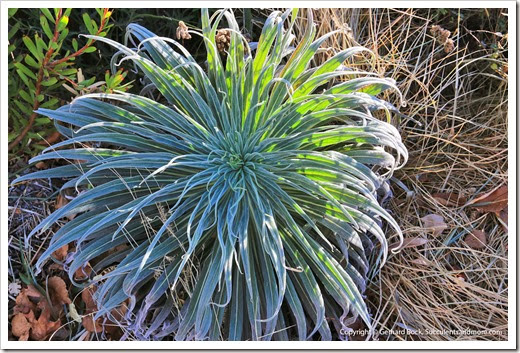 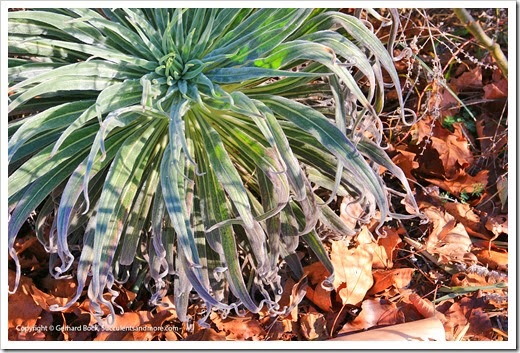 Another tower of jewels (Echium wildpretii), this one has some minor leaf burn around the outside (not covered the morning of Friday, Dec 6th, then covered) 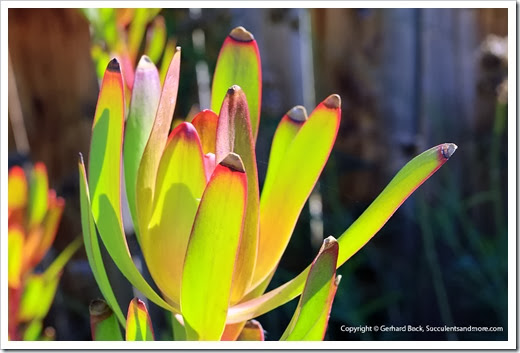 Leucadendron ‘Safari  (not covered the morning of Friday, Dec 6th, then covered) 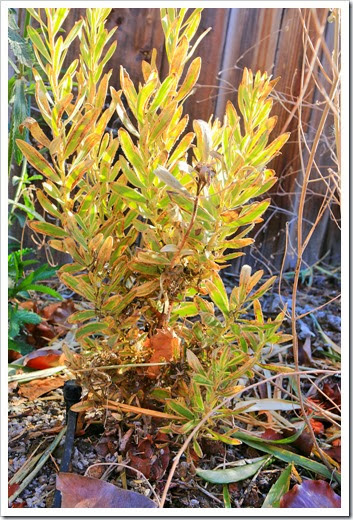 Leucadendron ‘Jester’ (not covered the morning of Friday, Dec 6th, then covered) 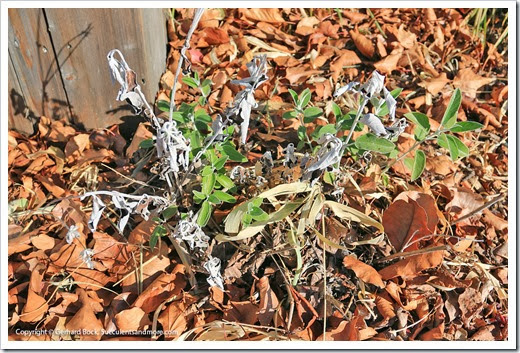 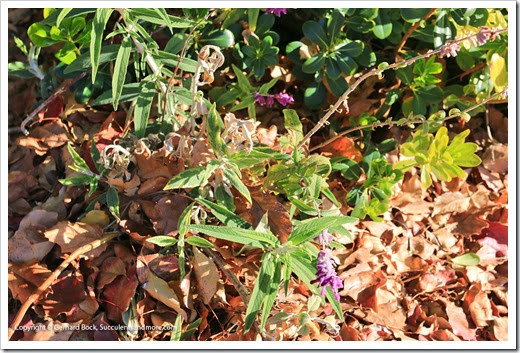 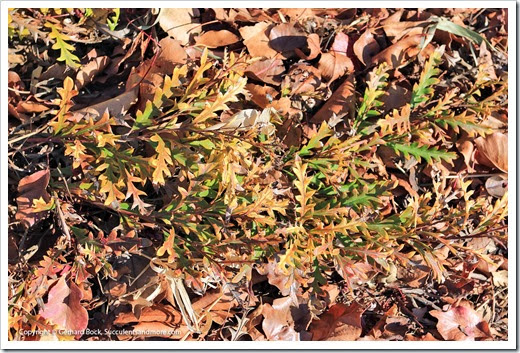 Grevillea ‘Austraflora Fanfare’ (not covered during the entire cold spell) 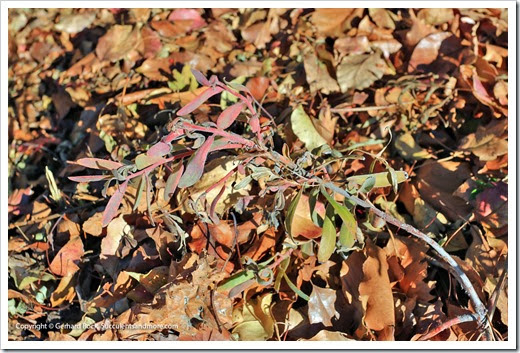 Protea susannae (not covered during the entire cold spell) 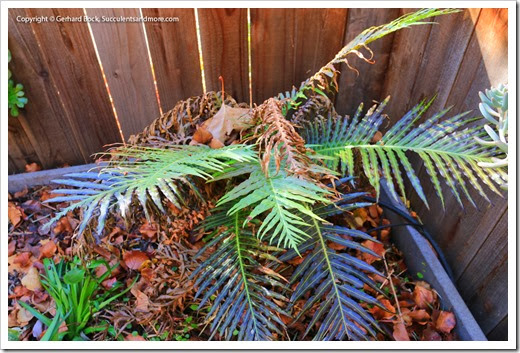 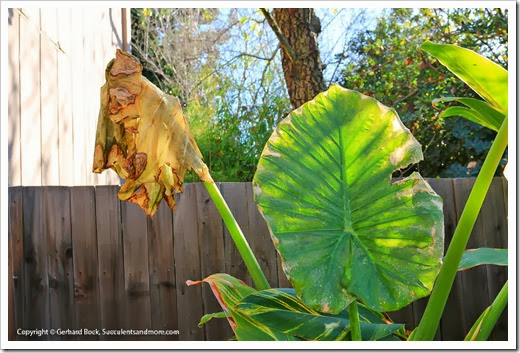 I had covered my aeonium beds, and the plants sustained virtually no damage. In fact, one Aeonium arboreum rosette is started to elongate and will soon flower. I know aeoniums are winter growers, but I wouldn’t have expected it to start flowering now. 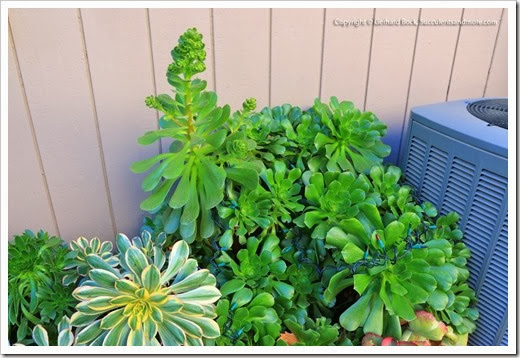 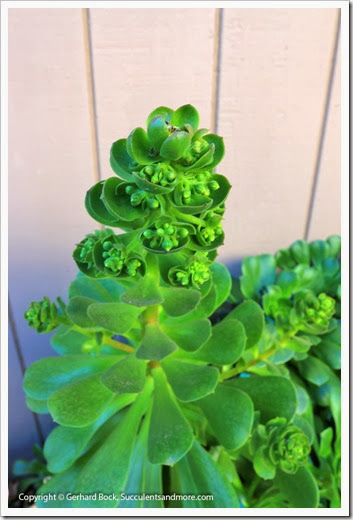 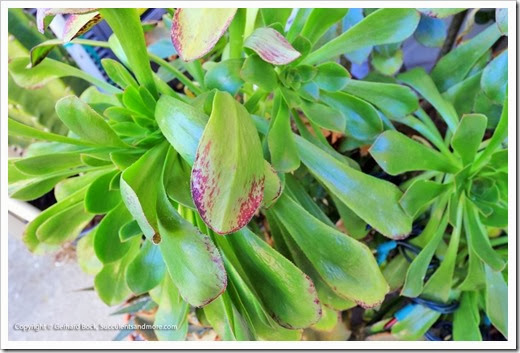 The Aeonium arboreum ‘Zwartkop’ you see in the next photo surprised me the most. It’s planted in a bed in the backyard, and I forgot to cover it. Aside from some minor leaf browning, there’s no damage. As I mentioned earlier, the low in the backyard was 27°F that Friday morning. ‘Zwartkop’ may be hardier than most people think! 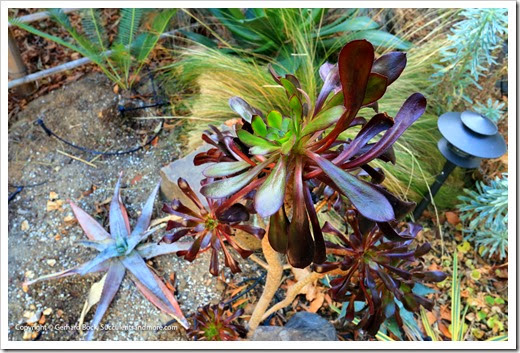 While few plants like the cold, some undergo a change that’s quite beautiful to see. Take a look at the small Aloe ‘Christmas Carol’ I received from a friend recently. The cold really brings out the reds and makes the aloe look like some fantastical undersea creature. 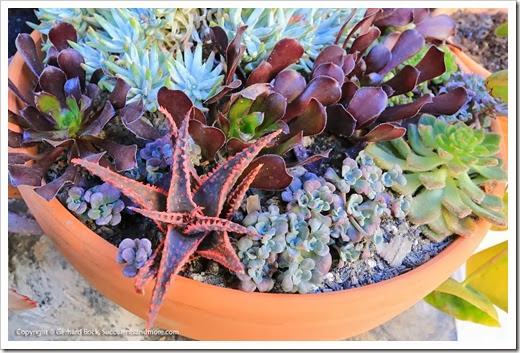 Aloe ‘Christmas Carol’ and others

The tallest pad on my beavertail prickly pear (Opuntia basilaris) has gone from completely upright to completely horizontal. This Opuntia species is hardy to zone 8 so it’s not cold damage but normal winter behavior. 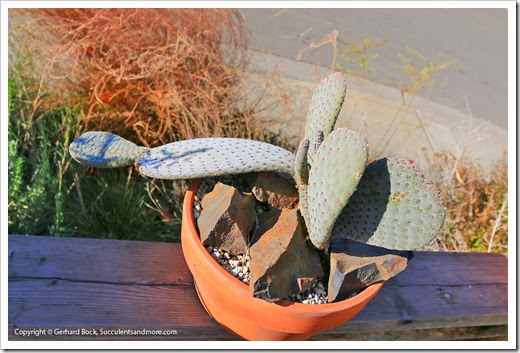 And finally, one of my jade plants (Crassula ovata) is in full bloom. We’d moved it into the garage for the duration of the cold spell, otherwise it would have turned to mush. But now it’s back next to the driveway succulent bed enjoying the sun. 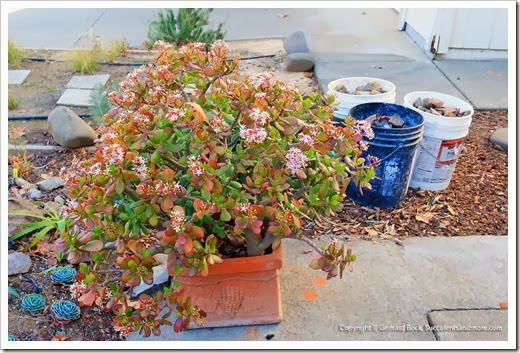 Overall, I’m very pleased with the performance of the frost cloths I used. They’re made of spun synthetic fabric and even though they’re lightweight and seemingly flimsy, they do offer just enough protection to help my plants make it through the occasional freeze. (I also used old sheets and blankets for plants I don’t usually cover, and they certainly did the trick as well.)