Most people fall in love with spiral aloe (Aloe polyphylla) the first time they see one. Take a look at this specimen at the UC Botanical Garden in Berkeley and you understand why. 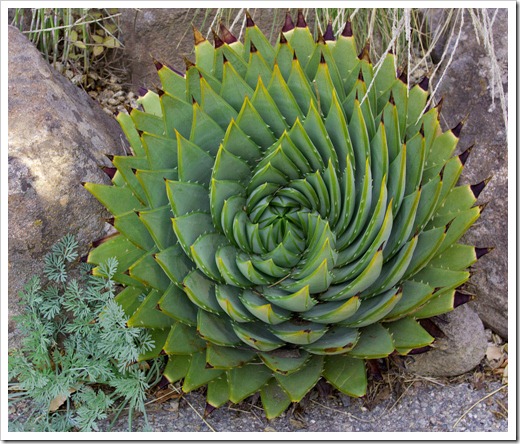 Unfortunately, Aloe polyphylla is one of the more difficult aloes to grow in our climate. It’s quite cold hardy for an aloe so our winters are no problem. Oddly enough, it’s our summers that are a challenge. Since Aloe polyphylla is native to a high-altitude climate with moderate summer temperatures, it has a difficult time dealing with our 95°F+ days.

Against all odds, I managed to grow a specimen for a small 6” plant to a 12” specimen that was burst with vitality. 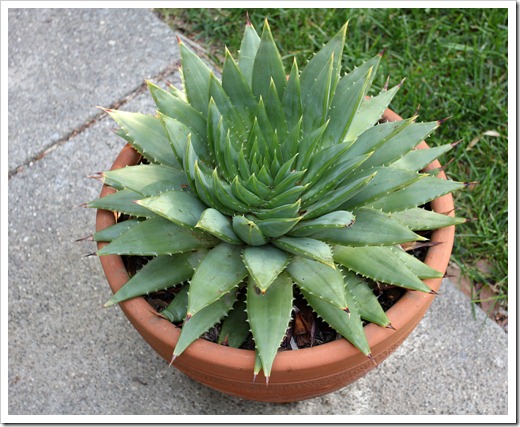 Then I made what in hindsight proved to be a fatal mistake: I repotted it into a container that was just a size too big. 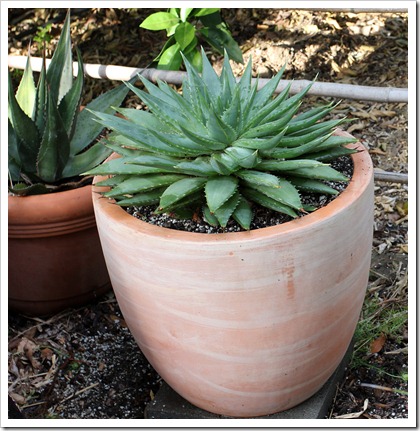 Sure, it looked good in this egg-shaped pot and the width of the container was just fine. However, the pot is quite deep and holds a surprising amount of soil. 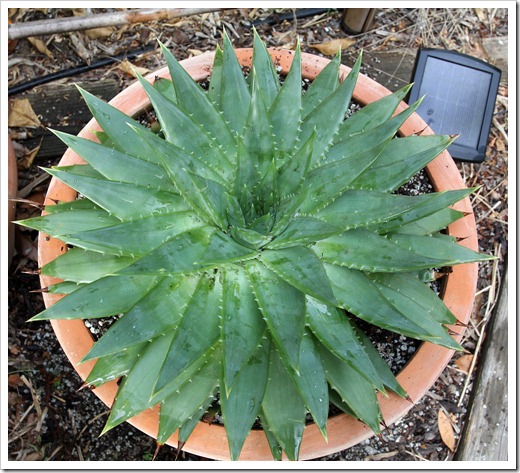 That in itself wouldn’t have been a problem because Aloe polyphylla has a vigorous root system that in time would have filled this deep pot. The fatal mistake I made was my choice of timing. Since Aloe polyphylla doesn’t like hot summers, it goes semi-dormant, with growth slowing to a crawl if not stopping outright. So all summer and into fall—we had hot days until recently—it sat in a pot that never dried out even though the soil was loose with at least 50% pumice. And then, seemingly from one day to the next, rot started to spread from the crown outward and the center collapsed. 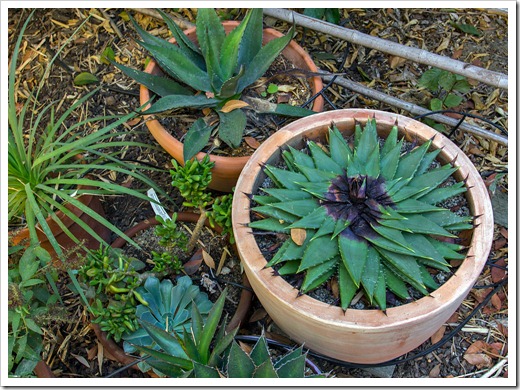 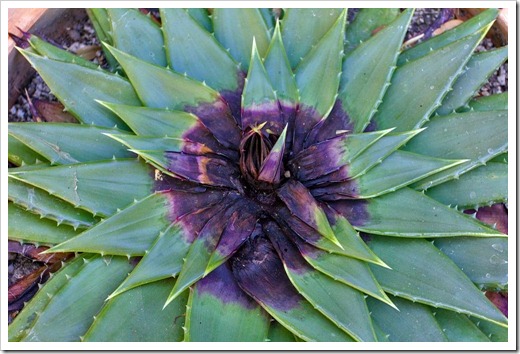 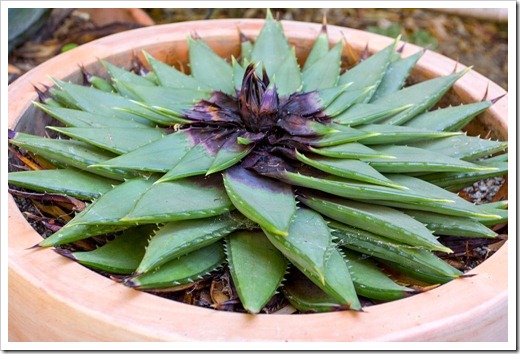 If I had transplanted my Aloe polyphylla earlier in the spring—or waited until fall—it might have been fine because it grows strongly when daytime temperatures are moderate and nights are still relatively mild.

Looking at the amount of rot, I don’t really see any way that my plant can survive. I feel sad because this was one of my favorite succulents.

Ironically, I had toyed with the idea of planting it in the ground. If I had, it might still be alive. But hindsight is always 20/20.

Will I get another Aloe polyphylla? Probably not. I’ll focus on plants that do well here without requiring special treatment, and whenever I get a chance I’ll enjoy the incredible specimens at Succulent Gardens in Castroville.