Look what I got

Last December my mother-in-law got me several cuttings from a toad cactus (Orbea variegata) which at the time was in full bloom at a neighbor’s house. 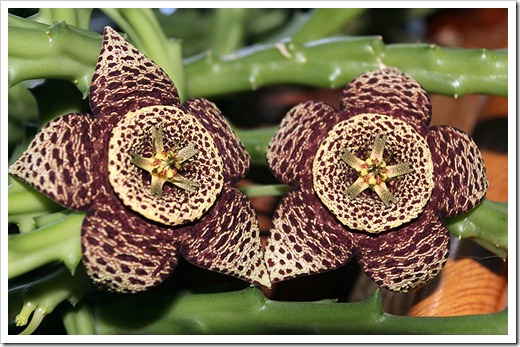 Orbea variegata is not a cactus at all but rather a member of the stapeliad family, the carrion flowers whose inflorescences produce a smell reminiscent of rotting meat in order to attract pollinators.

This past weekend my in-laws neighbor asked me if I’d like the entire plant. She’s had it for a long time but it was simply getting too big for their dining room—and the odor of rotting meat isn’t exactly what they want to be exposed to as they enjoy their meals.

My answer, of course, was an enthusiastic yes.

Here is the plant on our front porch. It’s a veritable tangle of green tentacles. I hope it will produce lots of flowers later in the year. 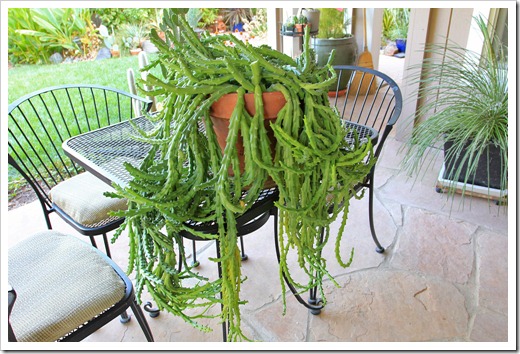 Neighbor C. also asked me if I’d like their rat tail cactus (Disocactus flagelliformis). She was getting tired of moving it outside in the summer and hauling it back inside in the fall. Of course I said yes.

Much like the Orbea variegata, the rat tail cactus is a tangle of hanging stems, but these are far pricklier. In fact, I was wearing welder’s gloves when handling it to prevent glochid-like spines from lodging themselves in my skin.

The cactus has some sunburn and other cosmetic issues but in time it should perk up and become a beautiful specimen. It recently bloomed and I’m hoping it will produce some more flowers before the summer is over.