About six months ago I wrote about a columnar cactus (Cleistocactus straussii) that developed rot and fell over. It had been kept dry in the winter, and I still don’t know what caused the rot. 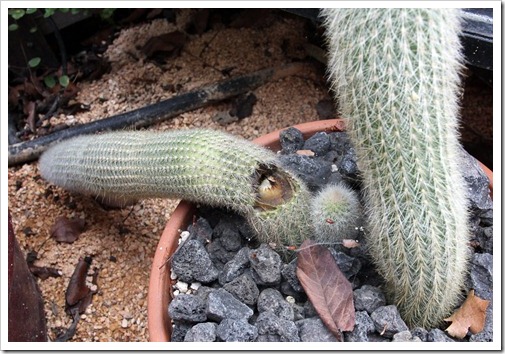 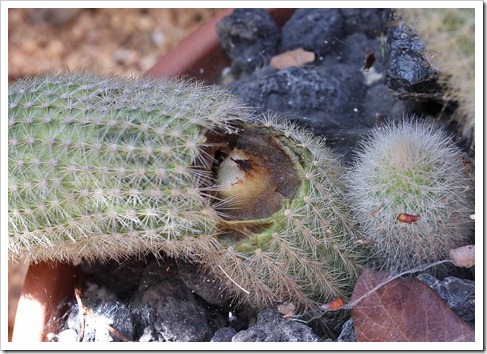 I cut off the healthy stem above the rot, disinfected it with isopropyl alcohol and left it to callus over for more than a month. 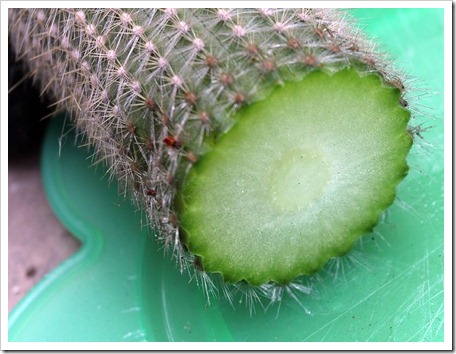 However, as you can see in the photo above, there was a suspicious spot remaining above the cut. A few weeks after I had placed the callused stem in a small pot filled with pure pumice, the rot returned.

However, I refused to admit defeat. Once again, I cut away the rot but this time I made the cut a good two inches about the rotten bottom. Then I dipped the cut end in isopropyl alcohol and set it aside in a dry spot in the shade.

For a couple of months, I completely forgot about it. Then, much to my delight, I noticed three roots forming at the bottom—a very good sign. 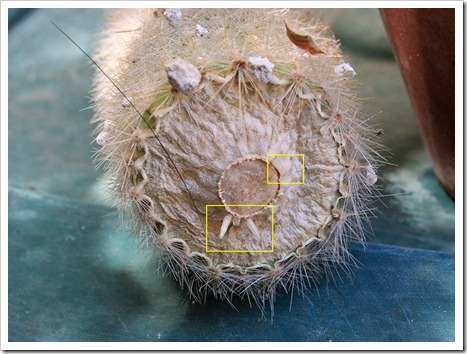 I also noticed that there was new growth at the top. See the lighter green area in the next two photos. 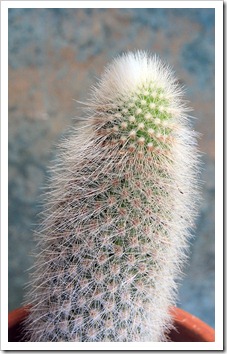 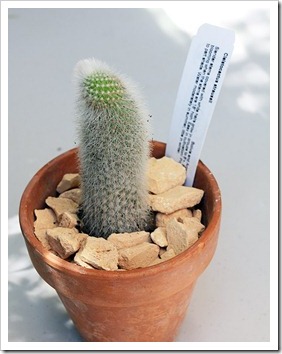 Losing no time, I plopped the stem in a small terra cotta pot partially filled with fast-draining succulent mix (Black Gold is my current favorite) and topped it off with more soil and then a layer of rocks for stability. The pot is now in the shade and will receive just an occasional drink until I see continued growth. Erring on the side of underwatering is always wise with cacti.

With any luck, this Cleistocactus straussii will look like my other specimens in a few years (photo on the left). If I planted it in the ground, it would grow to flowering size in about ten years (photo on the right) but right now I just don’t have the room. 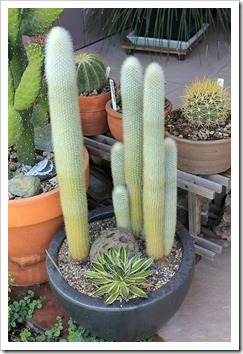 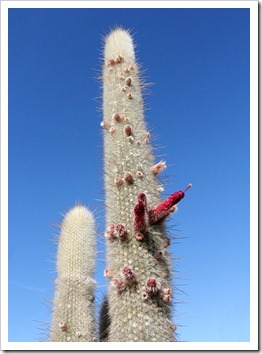 But I think it looks pretty cool in a pot, too.