Of kumquats and pony tail palms

Our local Costco warehouse recently had a nice selection of extremely reasonably priced citrus trees in 5-gallon containers and I couldn’t resist grabbing a kumquat. I’ve always wanted one—I think the small, bright fruit looks very cheery in the dead of winter, and you can just pull it off the tree and eat it without peeling.

The variety I got is called Fukushu and apparently it’s widely grown as a potted plant in Japan. I took my cues from that and put mine in a red glazed pot next to our backyard fence. I think it looks great there, and there is still room for smaller plants at the base of the pot.

Kumquats, by the way, are considered the most cold hardy of all citrus. They can take temperatures as low as 15°F, far lower than most other varieties. 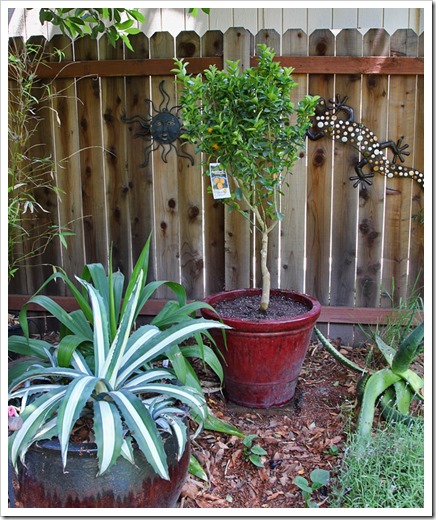 On my way home from the Carmichael Cactus & Succulent Society show on Saturday I stopped by a Home Depot for a few things I needed. They had a large plant sale area set up in the parking lot, featuring among other things potted pony tail palms (Beaucarnea recurvata). These were not the small plants you typically find, but larger specimens with a 6” caudex in 13” glazed pots. Even though we already have beaucarnea triplets (see below), I couldn’t resist. Plants this size typically sell for $50—without a glazed pot! Home Depot had them for half that. 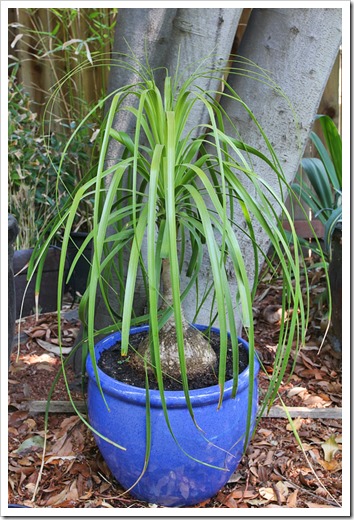 Since the pony tail palm was already in a pot, all I needed to do was find a place for it. It went in the backyard, too, not far from the kumquat. 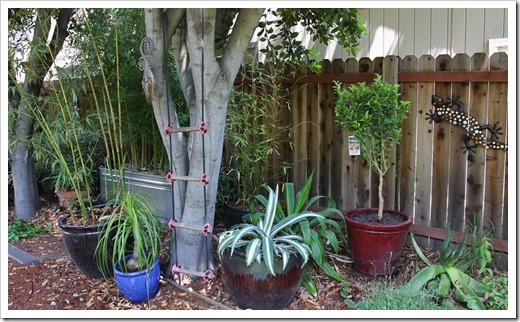 Speaking of the pony tail palm triplets in our front yard, here they are. They look a bit shaggy and could use a trim to better show off the caudices. But I will wait until the fall because I don’t want the caudices to get sun-burned. 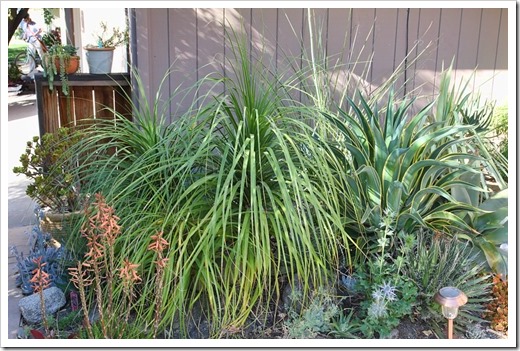 Since they’re triplets, there are three caudices. I bought them this way, squished together into a 3-gallon pot. The caudices have grown tremendously in the four years they’ve been in the ground. 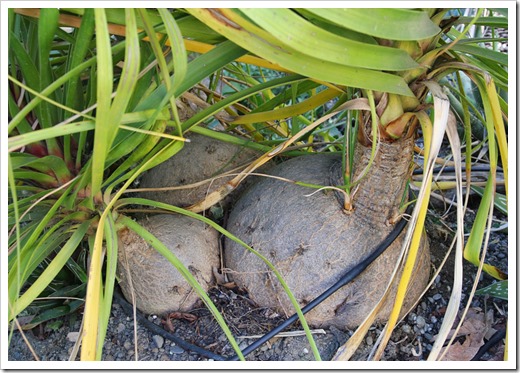 Look what else is hiding under all that strappy foliage: 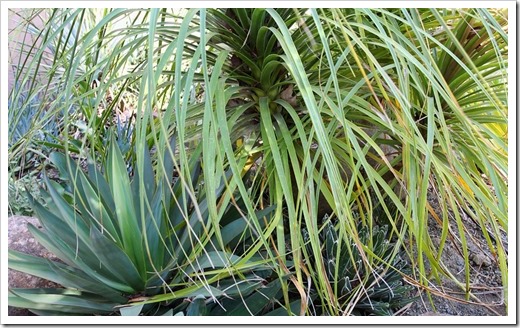 A few Queen Victoria agaves (Agave victoria-reginae)! The large one is beginning to look quite impressive, especially when you ignore the spider webs. 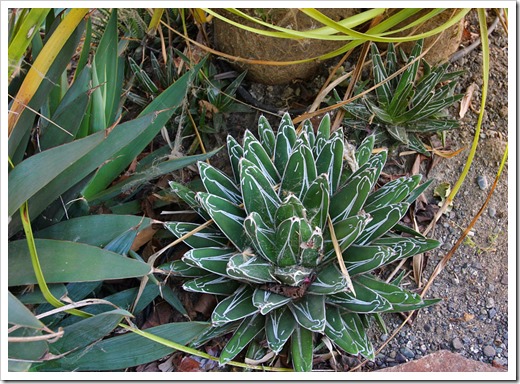 There are also a couple of smaller Queen Victoria agaves that are very close to the caudices of the pony tail palms, and those need to be moved soon. When we planted this succulent bed, there was quite a distance between all the plants but now everything is becoming more mature.