A welcome change of scenery

- July 14, 2020
Working from home has become the new normal for many people, but it has been my normal for decades. Since I live and work in the same place, getting out of the house has always been important for me to keep my sanity.

That precarious balance, needless to say, has been completely out of whack since the COVID-19 pandemic began. As a result, I seize every opportunity that promises a change of scenery. And that's what I got last weekend when we visited my mother-in-law in Mount Shasta, a small town in far northern California at the foot of the eponymous volcano (at 14,179 ft., the fifth highest mountain in California and the stuff of legends).

My mother-in-law has a 2+ acre property which, although flat, is studded with conifers, mostly western redcedar but also Douglas fir and others. Everybody who visits takes photos of her red barn: 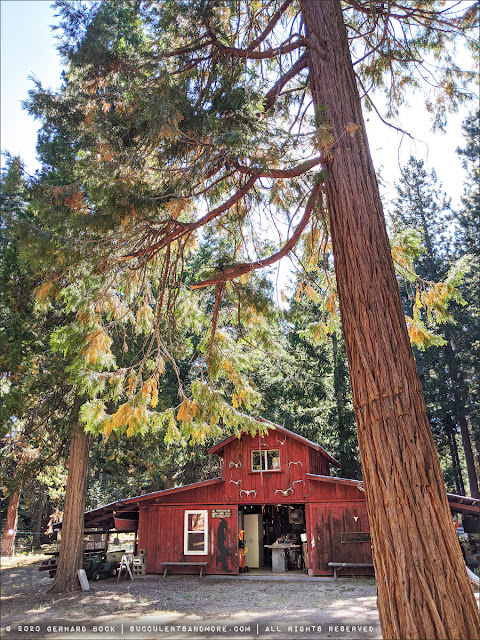 Here is the house as seen from the bamboo patch:

Over the years, we've planted several different types of bamboo, including Phyllostachys nigra ‘Punctata’, Phyllostachys bambusoides, Phyllostachys vivax ‘Aureocaulis’, Fargesia dracocephela ‘Rufa’, Chusquea culeou ‘Roja’, and Chusquea gigantea. Except for ‘Rufa’, these are running bamboos, yet because of the extremely well-draining soil and five months of summer drought, all of them have stayed within their irrigated zones. They simply couldn't survive in soil that gets no water.

Two outings added even more variety to our weekend in Mount Shasta. The first one was to the Living Memorial Sculpture Garden (LMSG), right on Highway 97 about 13 miles northeast of the town of Weed. Yes, there is a town named Weed (its motto is “Weed like to welcome you”), and in spite of the wealth of marijuana-related souvenirs being sold in local shops, it has nothing to do with pot. Instead, it gets its name from an early developer named Abner Weed. in 1897, he established the Siskiyou Lumber and Mercantile Mill, which by 1940 became the world’s largest sawmill.

The Living Memorial Sculpture Garden is located on 136 acres of USDA Forest Service land where countless volunteers replanted tens of thousands of trees.

The trees are living tribute to those who have sacrificed their lives in war. The sculpture garden, a place for reflection & remembrance, healing & reconciliation.

The LMSG pays homage to all honorable veterans, in conflict and in peace.

The LMSG was founded by a group of veterans in 1988. Today, the Garden is proudly sponsored & maintained by the Kiwanis Club of Weed/Lake Shastina.

We were the only visitors that evening, allowing us to walk among the 11 sculpture groups in complete silence. The only sound was from the wind.


Our second outing took us to the McCloud River about 35 miles east of Mount Shasta. Over a stretch of four miles, there are three picturesque waterfalls, each with its own overlook. We decided to start at the Upper Falls and were very surprised to find the parking lot almost filled to capacity. The trail to the actual overlook is very short, but there were quite a few people, at least half of them without face masks. They probably thought it's OK not to wear protection outdoors—and it is as long as you're away from others. On a narrow trail, however, there's barely two feet between people passing each other. Combine that with folks talking, often animatedly, and it soon turns into an uncomfortable situation. Fortunately, it got much better after several large groups of unmasked visitors had passed us, and I was able to take these photos: 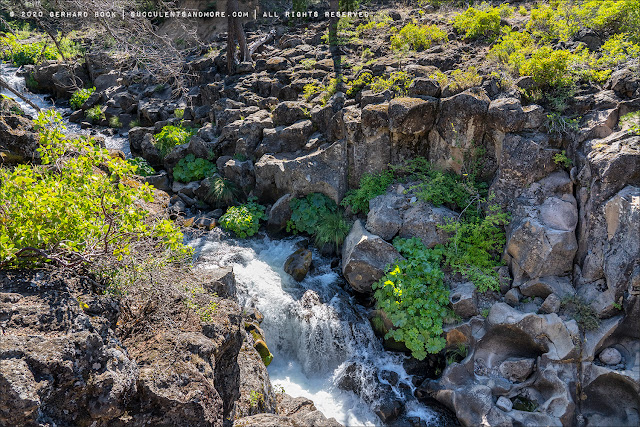 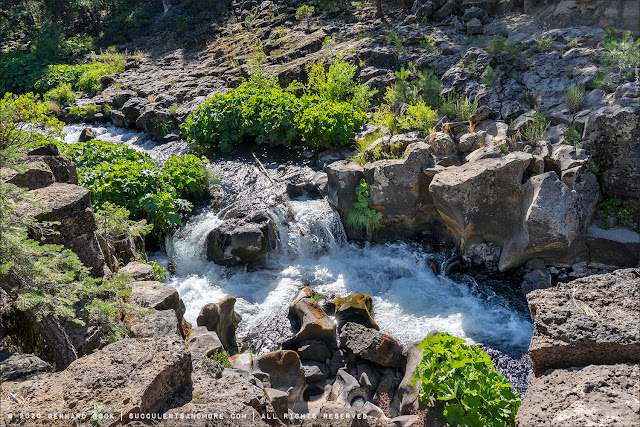 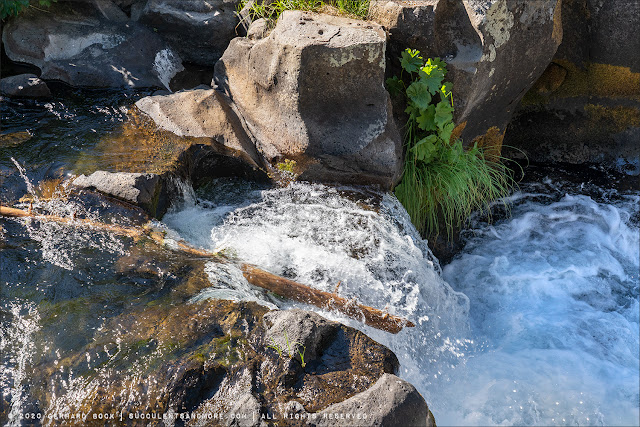 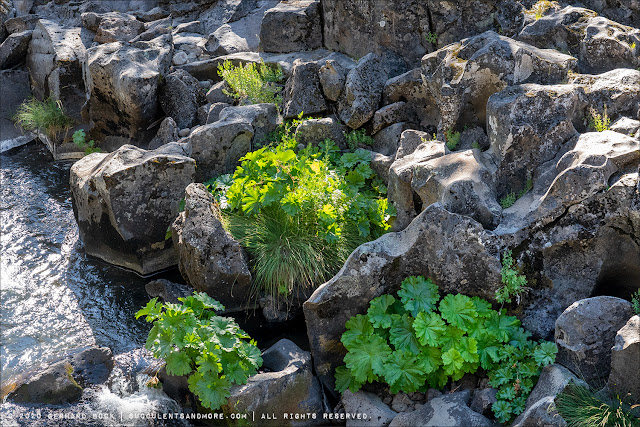 After seeing so many people at Upper Falls, we decided to skip Middle Falls and head straight to Lower Falls. However, the traffic at the parking lot there was so bad, with a line of cars waiting to park and dozens of unmasked people milling about, that we ended up calling it a day and headed home. No need to expose ourselves and my mother-in-law, who just by virtue of her age is in a higher-risk category already.

I appreciate that people want to be out and about—I'm no different—and donning a mask may seem like overkill. But we must err on the side of caution, especially if there's a good chance we can't keep a generous distance from others. Nobody is thrilled wearing a mask, but it's better to be inconvenienced than sick or worse.

© Gerhard Bock, 2020. All rights reserved. No part of the materials available through www.succulentsandmore.com may be copied, photocopied, reproduced, translated or reduced to any electronic medium or machine-readable form, in whole or in part, without prior written consent of Gerhard Bock. Any other reproduction in any form without the permission of Gerhard Bock is prohibited. All materials contained on this site are protected by United States and international copyright law and may not be reproduced, distributed, transmitted, displayed, published or broadcast without the prior written permission of Gerhard Bock. If you are reading this post on a website other than www.succulentsandmore.com, please be advised that that site is using my content without my permission. Any unauthorized use will be reported.
California native COVID-19 Mount Shasta nature Northern California
Location: Mount Shasta, Kalifornien 96067, USA