- August 09, 2019
Completed in 2013, the Civic Center in the Southern California coastal city of Newport Beach has become a word-of-mouth destination for succulent enthusiasts. It's easy to see why:

The complex, which houses Newport Beach city hall and the central library, is architecturally stunning. It's adjoined by 14 acres of parks and gardens transected by 1.25 miles of walking trails. The $140 million price tag is hefty, but no corners were cut—and that applies to the outside areas as well. That in itself is very gratifying since landscaping, which is usually the last major element to be installed in a project, often gets the short end of the stick, especially when there are budget overruns.

The landscape design was created by Berkeley-based PWP Landscape Architecture whose projects are found all over the world, including Jewel Changi Airport in Shanghai, the National September 11 Memorial in New York, and the Marina Bay Sands Resort in Singapore. With their extensive experience and a generous $15 million budget, PWP created the kind of high-impact public landscaping that gets even indifferent and incurious passers-by to take a second look.

Mass-planted, almost anything looks good. That's definitely true for Agave americana, a sight so common in the warmer regions of California that many people assume it's a native plant. Agave americana is an easy grower and offsets liberally. Without regular maintenance, though, it can turn into a hideous tangle. In contrast, the plantings at the Newport Beach Civic Center show how attractive it can be with proper care.

As you will see in later photos, there are literally thousands of Agave  americana. In fact, the entire property is lined with them along Avocado Avenue, each plant carefully trimmed. Keeping them looking neat requires work, but which landscaping is completely maintenance-free? In addition, since there's a never-ending supply of pups, replacing plants—or extending the plantings—doesn't cost anything. (I'm surprising myself, saying all these positive things about an agave species I'm generally not fond of!)

The Desert Garden has three main sections: North Africa, South Africa, and American Desert Plants (photo above). There's no strict separation, as you can see in the photo below where tree aloes from South Africa mix with cactus and puyas from South America. Aesthetics is more important here than geographic delineation—after all, this is commercial landscaping, not a botanical garden. 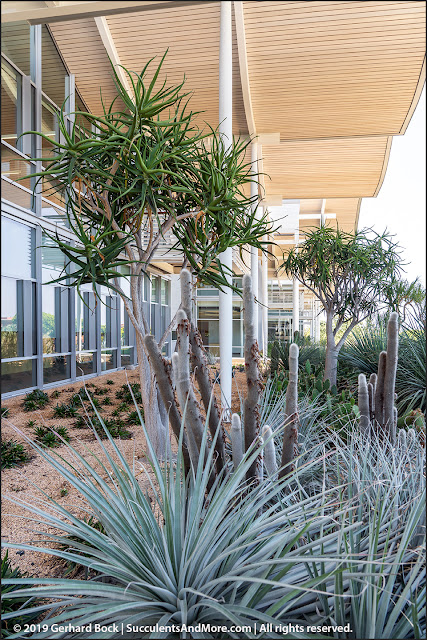 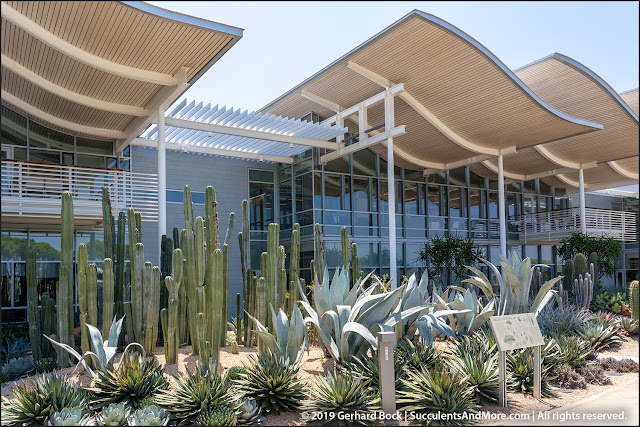 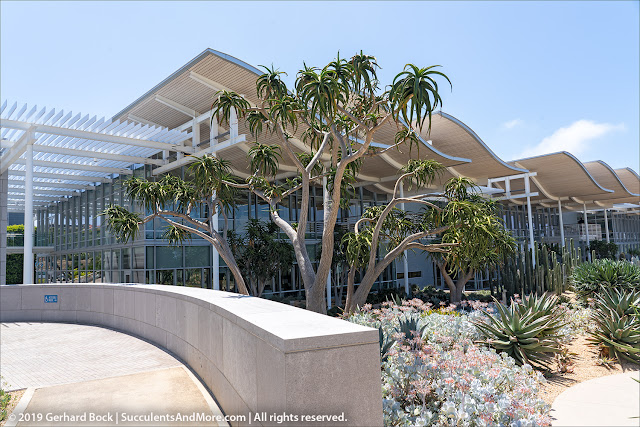 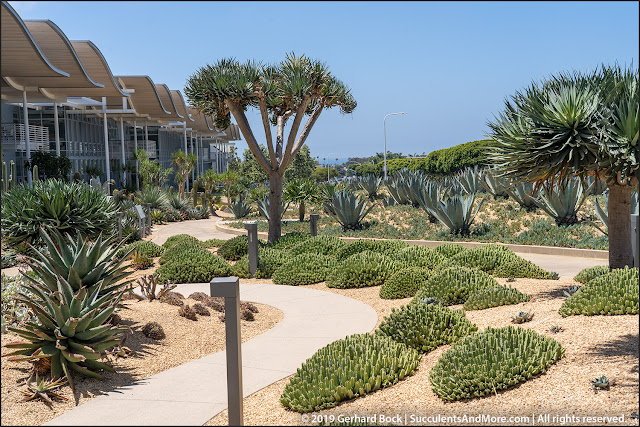 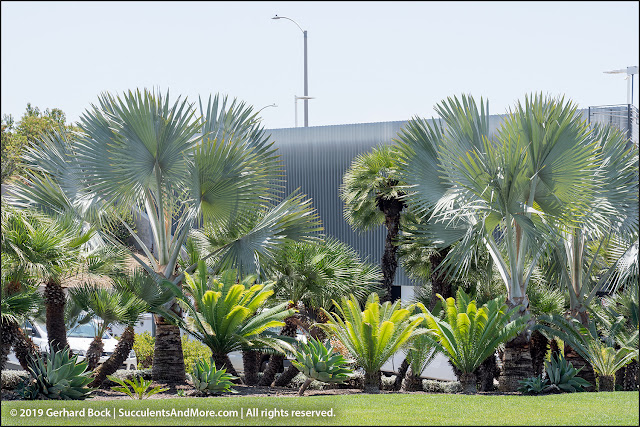 The upper part of Civic Center Park contains a number of sculptures. Some are permanent, others are rotating. The best known (and, depending on your perspective, best loved, most derided and/or most hated) are 16 concrete bunnies. Two are extra large (8 feet tall)...


...the other 14 are smaller, installed in a circle in the upper portion of the park. Locals refer to them as “Bunny Henge:”


Back to Agave americana, here's a example of how neatly trimmed most of them are: 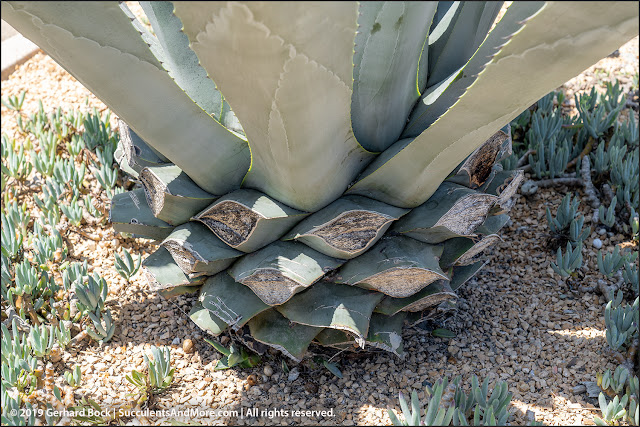 However, planting Agave americana so close to utility pipes and valves is not a good idea: 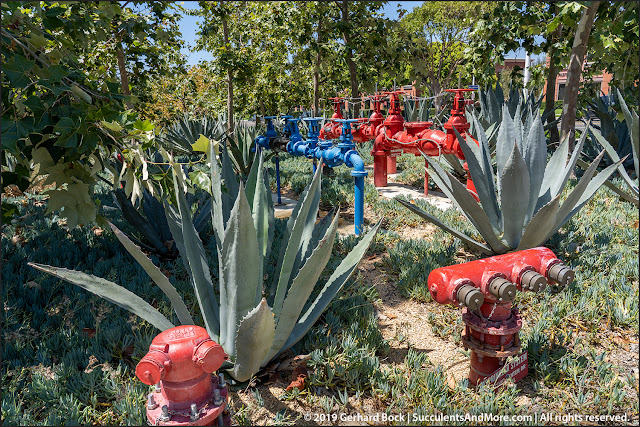 The official address of the Newport Beach Civic Center is 100 Civic Center Drive. It's less than a mile from the Fashion Island Mall (a good place to drop off family members not interested in plants) and less than a mile from two places of interest to plant lovers: Roger's Garden (a high-end nursery with its own restaurant), and Sherman Library and Gardens (home of Matt Maggio's much-photographed succulent mosaic).


© Gerhard Bock, 2019. All rights reserved. No part of the materials available through www.succulentsandmore.com may be copied, photocopied, reproduced, translated or reduced to any electronic medium or machine-readable form, in whole or in part, without prior written consent of Gerhard Bock. Any other reproduction in any form without the permission of Gerhard Bock is prohibited. All materials contained on this site are protected by  United States and international copyright law and may not be reproduced, distributed, transmitted, displayed, published or broadcast without the prior written permission of Gerhard Bock. If you are reading this post on a website other than www.succulentsandmore.com, please be advised that that site is using my content without my permission. Any unauthorized use will be reported.
agaves aloes art cactus Newport Beach Orange County public landscaping public park sculpture Southern California
Location: 100 Civic Center Dr, Newport Beach, CA 92660, USA