Return to the Danger Garden: front garden in September 2018

Many of you follow Loree Bohl's blog Danger Garden. If you're not familiar with it and want to know what it's all about, the byline is a good clue: "Careful, you could poke an eye out."

Loree loves spiky plants, and she's not apologetic about it. When you walk through her garden, you're wise to watch your step. Unlike plants that take abuse lying down (literally), many denizens of the Danger Garden know how to defend themselves. That's one reason why I love it.

Another reason: Loree is fearless when it comes to plant selection. I'm sure she looks at USDA hardiness zones but she's just as likely to ignore them if she really wants a certain plant. After all, each garden is different, and unless you're willing to experiment—and accept the failures that come with it—you're never going to know what will really grow in your own garden.

The most striking thing about the Danger Garden, though, is how skillfully Loree's plants are combined. Every placement is carefully considered—and reconsidered if it doesn't work as envisioned. Loree is an active gardener who doesn't hesitate to make changes, even drastic ones, when warranted. In contrast, many of us are much too timid about intervening, letting the plants dictate where our garden is headed.

Loree doesn't have any formal training in landscape design, but she has creativity in spades as well as an instinctive sense of aesthetics many professionals wish they had. Her garden is small (the entire lot is under 5,000 sq.ft.) but there are so many vignettes—combinations of plants or containers—that are so spot on that you can't imagine them any other way. To me, that's the very definition of masterful design. 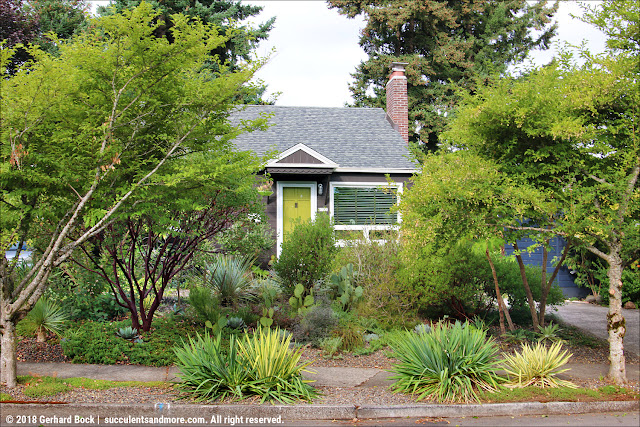 In this post, I'll show you the front garden as it looked three weeks ago when I was in Portland for a three-day visit. As for the back garden, I took so many photos that I may need to split them into two posts.
The front garden juxtaposes Pacific Northwest natives like manzanitas with spiky desert dwellers like agaves, opuntias, yuccas and dasylirions.


For me, the signature plant in the front garden is Tetrapanax papyrifer. It's hard not to fall for its beautiful leaves, especially when viewed from below. 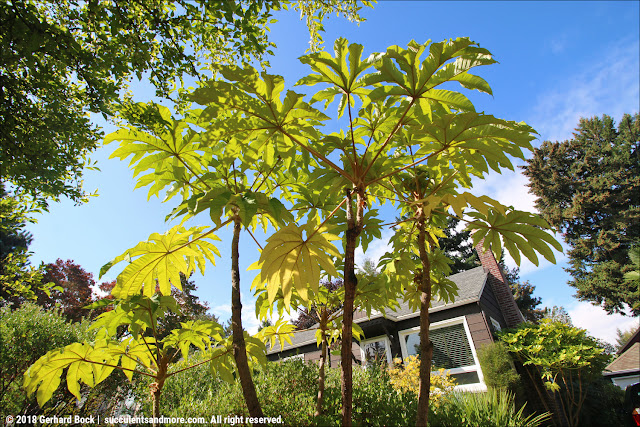 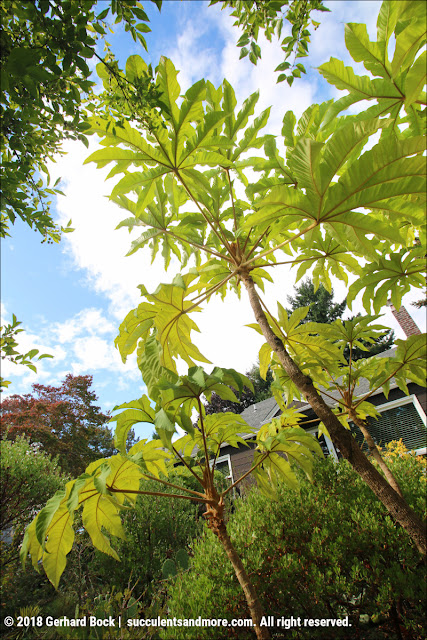 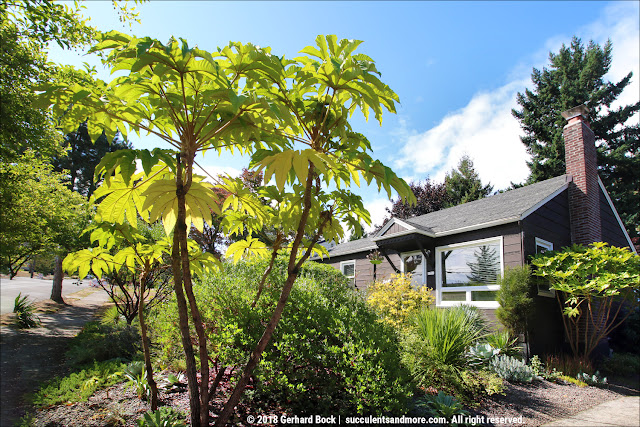 It's Caturday every day in Portland:

Spiky drama of a different kind:

My favorite vista in the front garden: 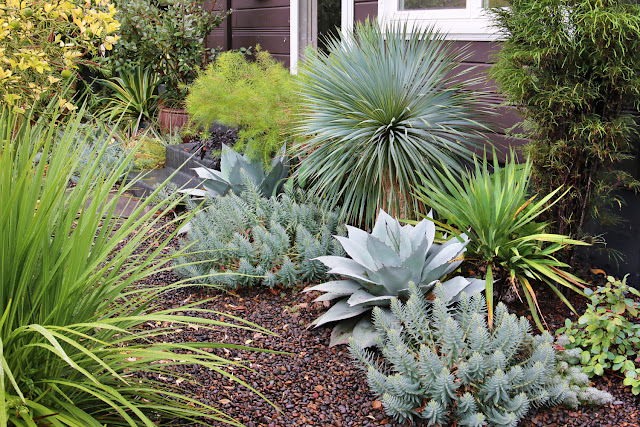 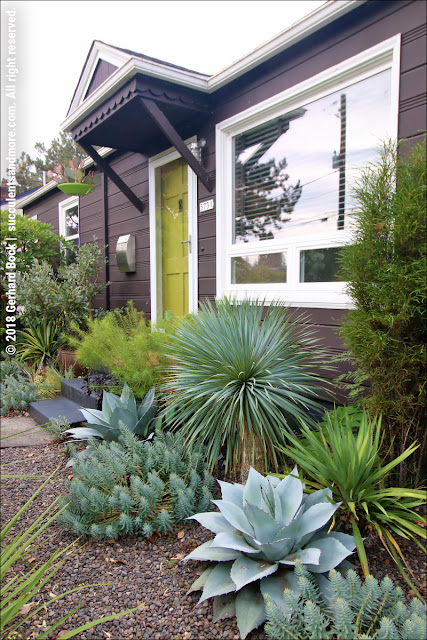 The silver gate in the middle of the next photo leads to the promised land back garden. But that's a topic for another post or two. For now, let's focus on the potted goodies against the house. 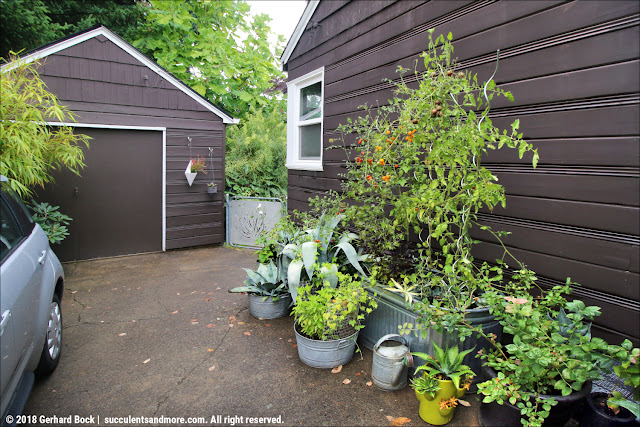 Click here for a tour of the back garden. You're in for a treat!

© Gerhard Bock, 2018. No part of the materials available through www.succulentsandmore.com may be copied, photocopied, reproduced, translated or reduced to any electronic medium or machine-readable form, in whole or in part, without prior written consent of Gerhard Bock. Any other reproduction in any form without the permission of Gerhard Bock is prohibited. All materials contained on this site are protected by  United States and international copyright law and may not be reproduced, distributed, transmitted, displayed, published or broadcast without the prior written permission of Gerhard Bock. If you are reading this post on a website other than www.succulentsandmore.com, please be advised that that site is using my content without my permission. Any unauthorized use will be reported.
Danger Garden design exotic fusion garden garden design gardn Portland private garden succulents
Location: Portland, OR, USA