- July 29, 2018
Yesterday I went to the 2018 Show and Sale of the Sacramento Bromeliad and Carnivorous Plant Society. As I had hoped, it was a great opportunity to see plants I only know from books and the web. I'm a rank novice when it comes to bromeliads (especially cultivation) but I'm fascinated by the wide range of forms and colors. And I came home with a box full of treasures—it's hard to resist a good sale with prices that can't be beat.

Here are some of the plants that caught my eye in the show. They're in no particular order, just like the show itself didn't seem to be in any particular order. It's easy to see why many succulent fanatics are into bromeliads as well.

The stage of the Shepard Garden and Arts Center (which happens to be the home of the Sacramento Cactus and Succulent Society as well) was decorated with this impressive installation: 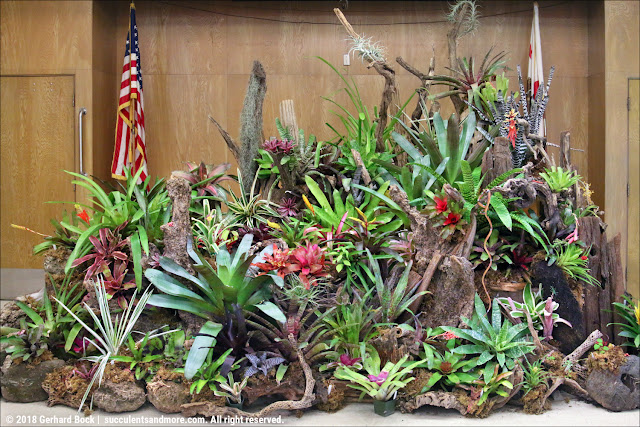 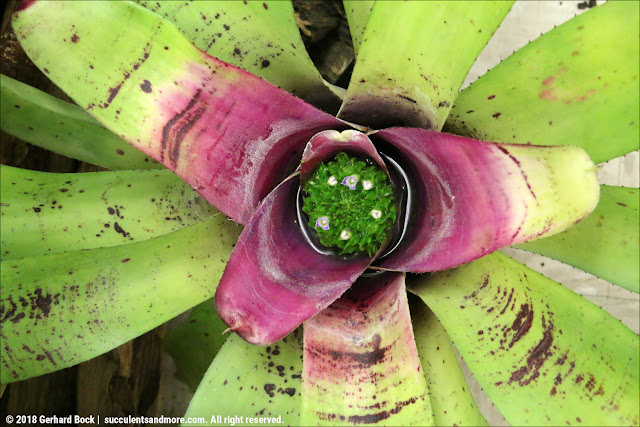 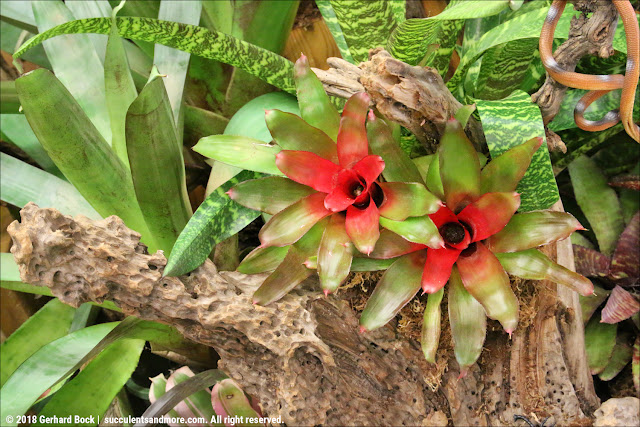 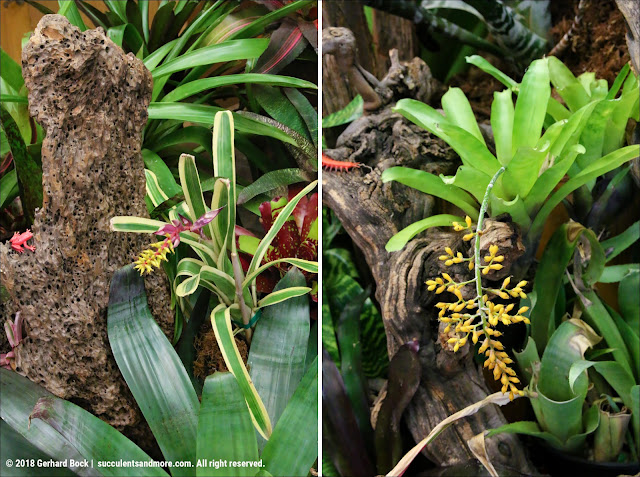 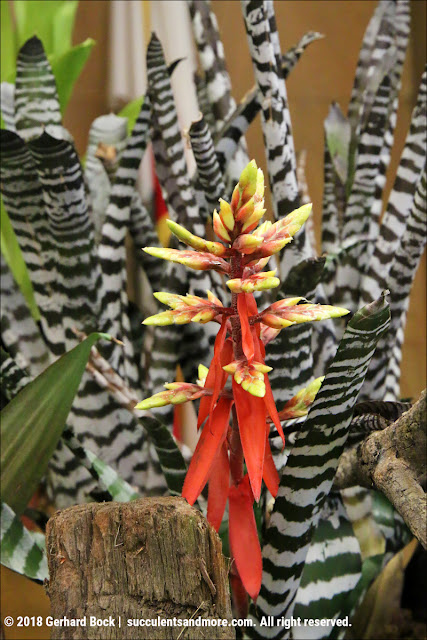 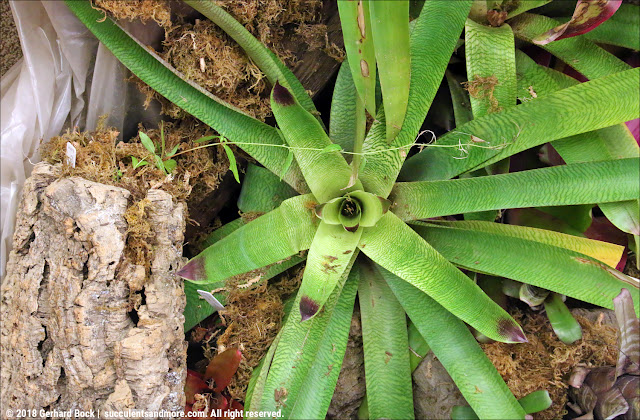 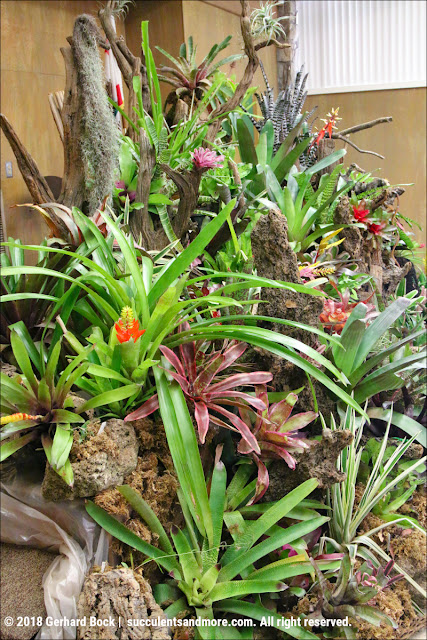 My plant haul: nine plants for a whopping $44! Eight are bromeliads, one a Japanese bitter orange seedling (Poncirus trifoliata 'Flying Dragon') for an irresistible $2. You never know what you might find at a plant show! 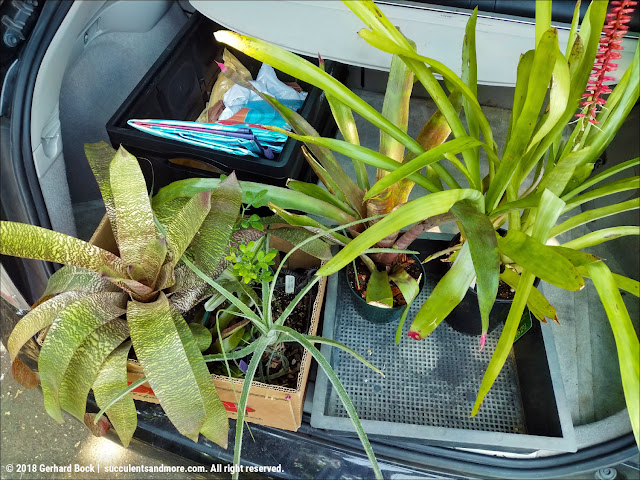 This is what I bought (left to the right):
I planted the Aechmea gamosepala (the plant with the red flower in the photo above) in the backyard near the chaste tree; it's hardy enough to remain outside in the winter. I'm not sure yet about some of the others so I've decided to leave them in plastic pots for now. This includes plants I bought yesterday and some others I already had. I've clustered them around the base of the chaste tree: 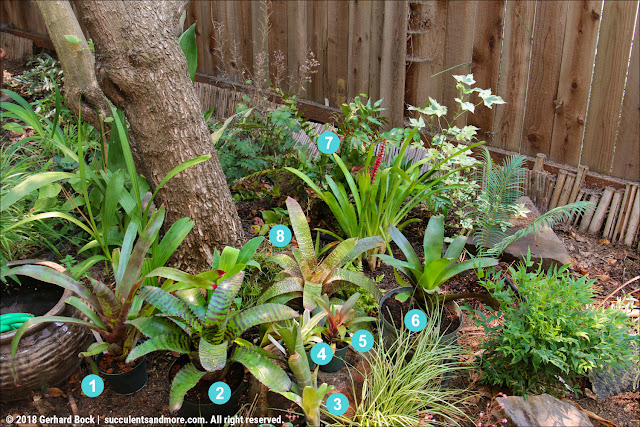 Most of these don't have a "real" root system. As epiphytes, they primarily use their roots to anchor themselves to trees and absorb water and nutrients through their leaves. Watering consists of filling their "tank", the reservoir in the center of the plant, when it's low.