Many plants can be propagated by cuttings, but nothing could be easier than making new plant babies from echeverias, graptopetalums and similar leaf succulents. I have a lot of these crammed together in tight quarters, and I (or other people) often brush up against them, breaking off leaves in the process. As annoying as that may seem, it’s actually a great opportunity for propagation. 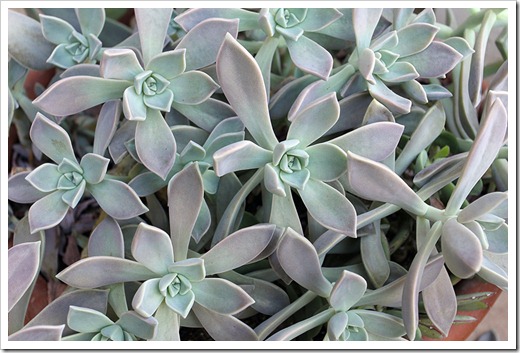 Ghost plant (Graptopetalum paraguayense). The leaves of this plant seem to break off before you even touch them! That’s why I have more ghost plant babies than anything else! 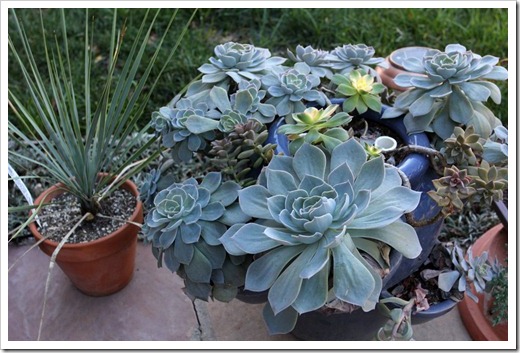 Instead of throwing the leaves away, I usually put them on top of the soil in a nearby pot or even just on a table—whatever is closest and handiest. Invariably I forget about these leaves, but when I check them a month or more later, I’ll see the signs of plant magic: new growth!

Initially there will be just the slightest protrusion from the broken-off end. 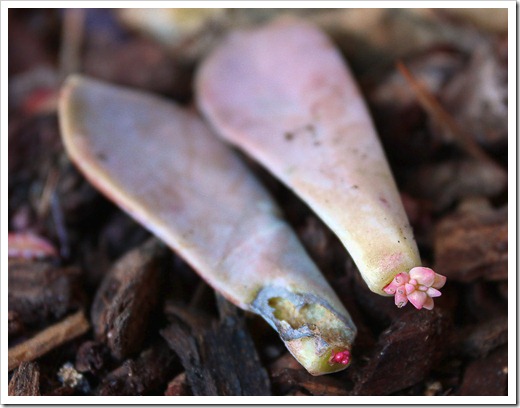 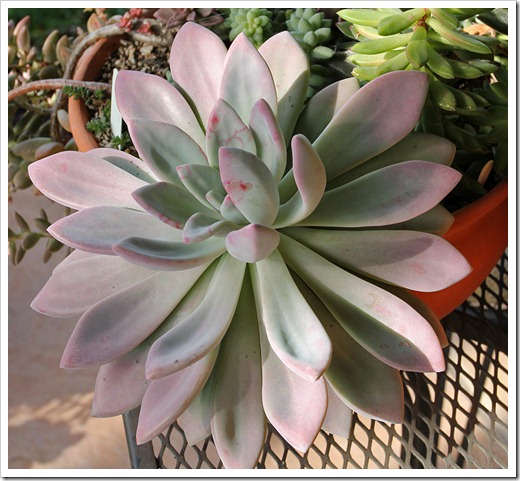 Mother plant where they came from 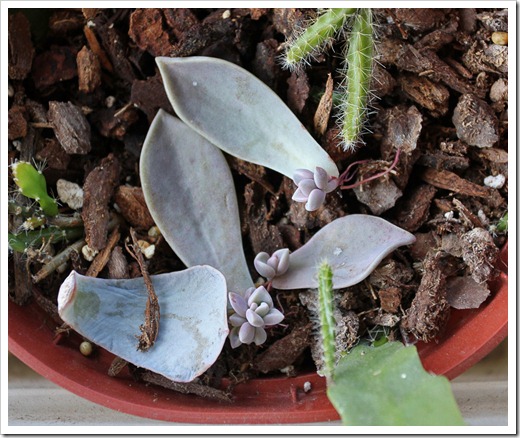 And a few more weeks later there’ll be adventitious roots growing into the soil. 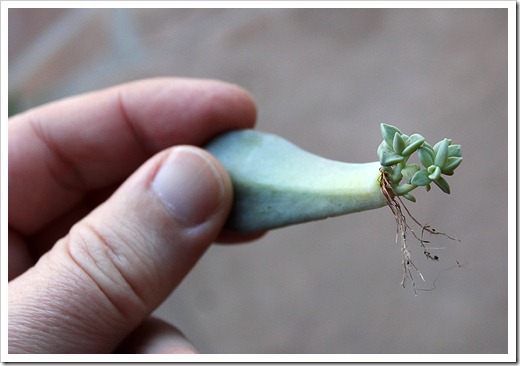 That’s when it’s time to gently dislodge the newborn and put it into its own pot. 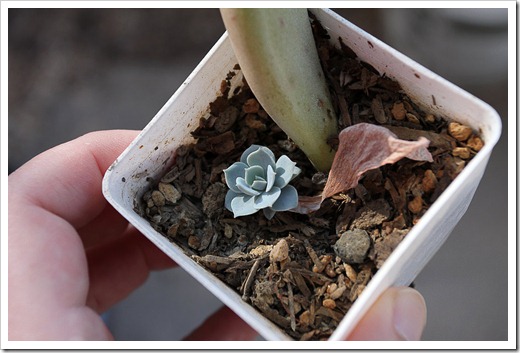 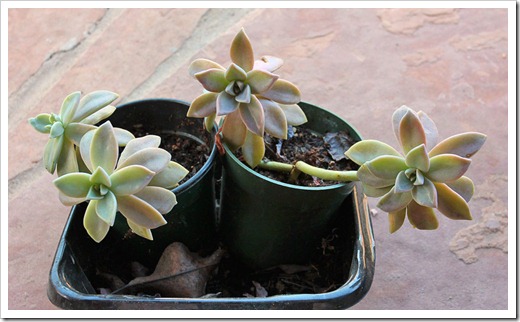 Of course you could take a systematic approach and simply place leaf cuttings into their own pots to begin with, but I rarely seem to be able to get myself that organized. 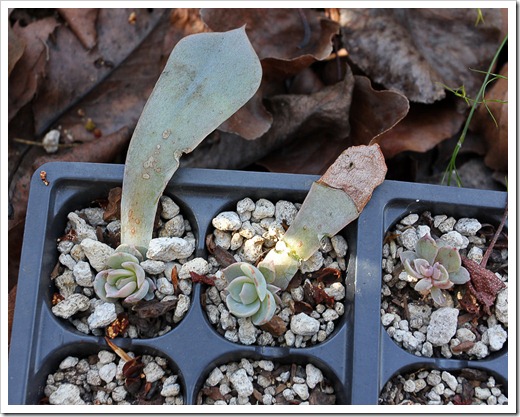 And as you can see, it’s not necessary! This group of plants—and propagation thereof—appears to be fool-proof. Try it for yourself! 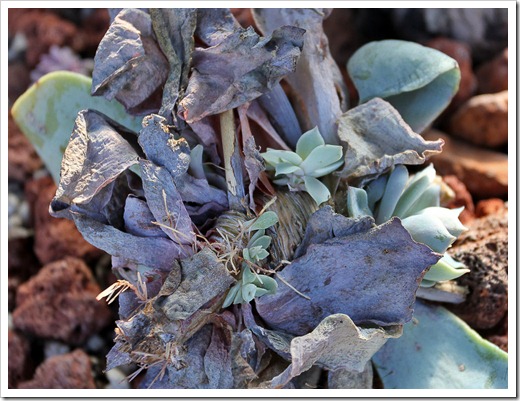 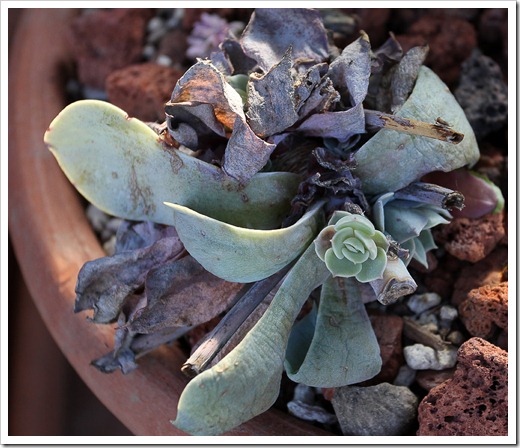 This was an entire rosette of Echeveria subsessilis ‘Azure Blue’ that got knocked off. I simply put it on top of some lava rocks in another pot and several new rosettes are sprouting from the old one. 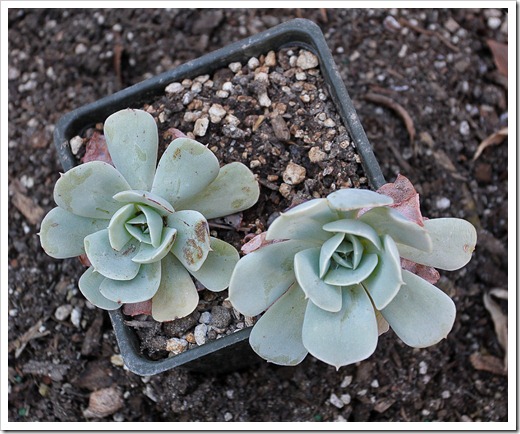 This method works works great with echeverias such as this Echeveria glauca. 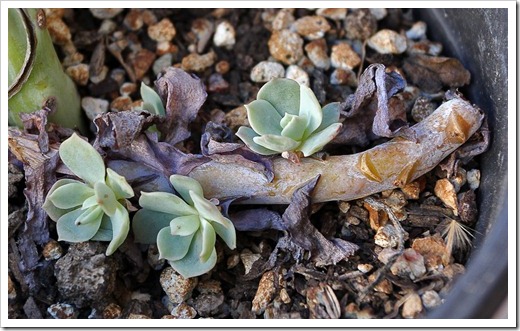 This is a length of stem left over from one of the two plants above (cuttings I was given by a friend). Instead of tossing the excess length of stem, I simply placed it on top of the soil in another pot—and voilà, new babies sprouting right from the stem. 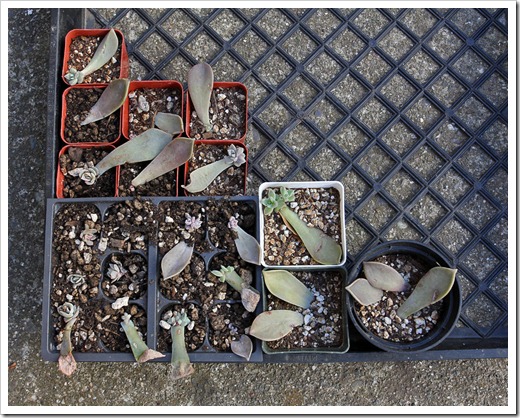 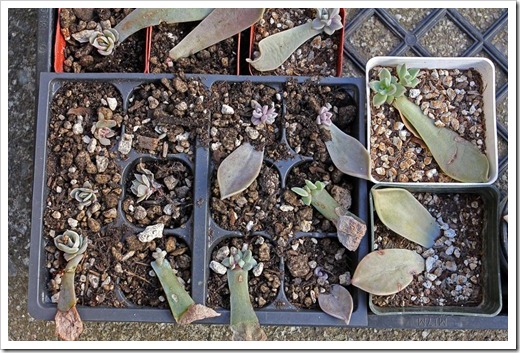 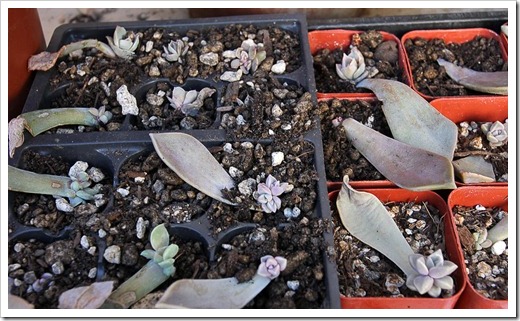 …perfect to pass along to friends and neighbors!

Very quickly you’ll end up with more plants than you need, but what could be better than sharing with friends and family—or donating to your local succulent society for a a plant sale. And if you’re really ambitious, you could start hoarding succulent cuttings for a vertical wall like this one.