This is a post I’ve been waiting to write since I started my blog last fall. I’m happy that the time has finally come. Do I sound mysterious enough?

A year and a half ago, I bought two very special plants in 4" containers. I put one in the backyard, and the other in front. The one in the backyard turned to mush last October, but the one in the front hung on…grew…thrived…and has now started to bloom. I’ve been taking photos since October, and now I can finally reveal them.

The mystery plant is Echium wildpretii, or Tower of Jewels. Native to the dry slopes of Mount Teide on the island of Tenerife in the Canary Islands, Tower of Jewels (called tajinaste in Spanish) is a biennial that forms a rosette of fuzzy grayish leaves in its first year before producing a tall inflorescence (up to 10 ft in its native habitat) densely packed with flowers in its second year. After flowering and setting seed, the plant dies, but it leaves behind thousands of seeds that scatter as the dried up “tower” falls over.

Tower of Jewels prefers a dry and sunny position and demands well-drained soil. It tolerates temperatures down to the 30-28°F range but quickly dies below that. The same is true for its relative Pride of Madeira (Echium candicans), which has become quasi-naturalized along the Northern California coast and is such a stunning sight in the spring.

Here is a sequence of photos that shows you the development of our Tower of Jewels between October 2010 when it just was a 2½ ft rosette and early May 2011 when it started to bloom. 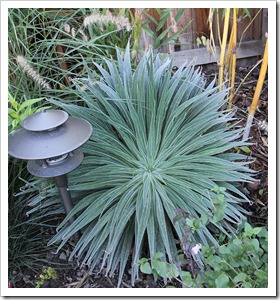 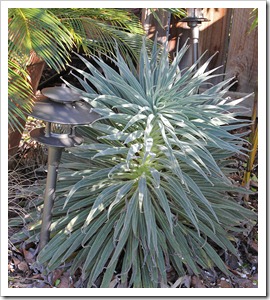 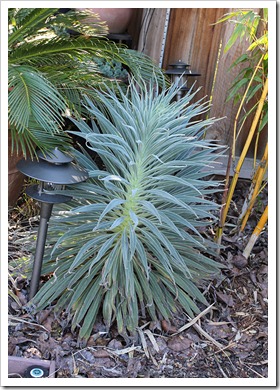 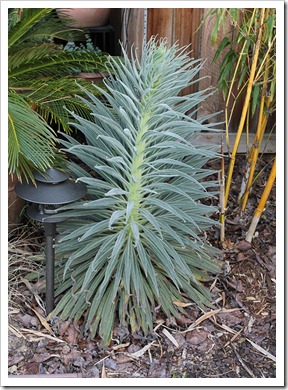 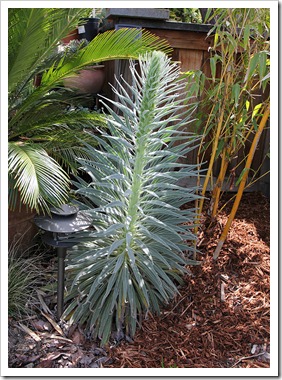 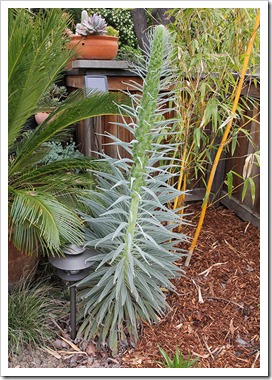 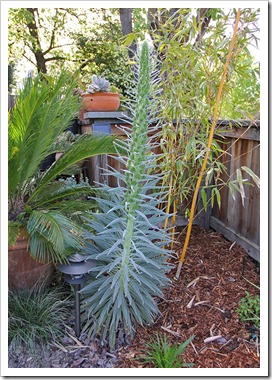 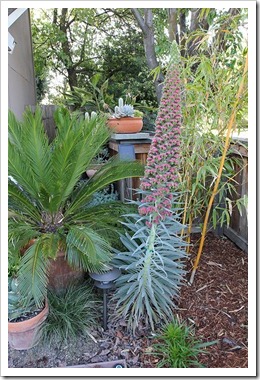 The tower is packed with flowers that are absolutely stunning the way they are arranged. 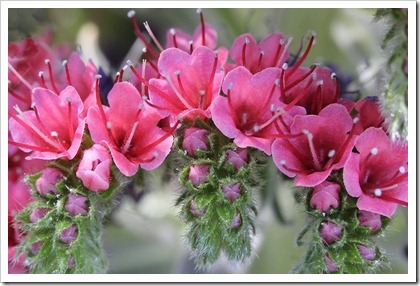 The flowers are a bee magnet. By mid-day, the entire tower is a hive of activity. I can hear the buzzing of the bees as soon as I step out onto the front porch. 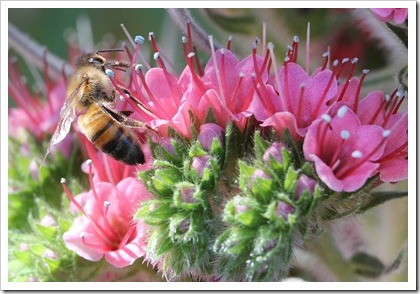 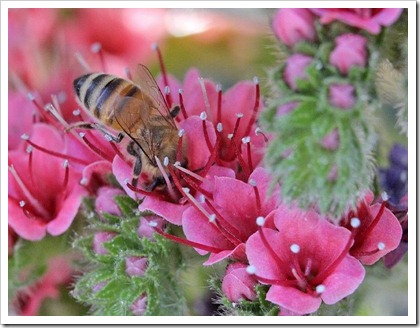 We’re not the only ones growing Tower of Jewels in Davis. The Ruth Storer Valley-Wise Garden at the UC Davis Arboretum has quite a few, as does Central Park Gardens in downtown. My daughter and I saw five or six of them in bloom last weekend as we went for frozen yogurt. 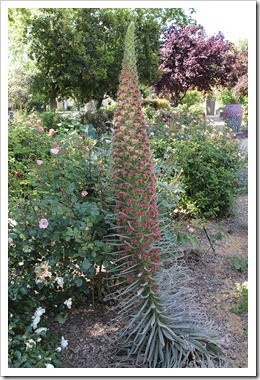 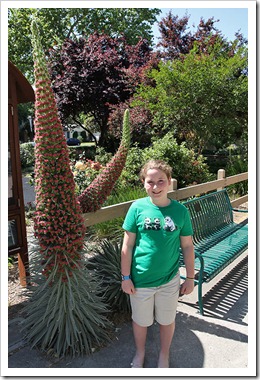 If you live in a nearly frost-free climate and have a sunny spot, there are very few plants you can grow that give you more impact—and make your neighbors stop in their tracks.

If you can’t find Tower of Jewels in a local nursery (Capital Nursery in Sacramento has 1-gallon plants), here are some mail-order sources: