Anybody driving by the Ruth Bancroft Garden in Walnut Creek, CA right now will be greeted by a spectacle of cactus flowers. I just about lost control of the car yesterday when I saw this: 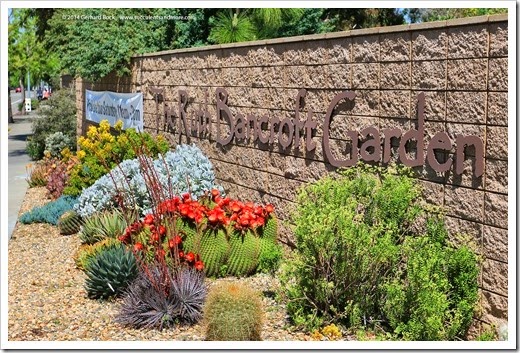 It’s not just the riotous color, it’s the sheer number of flowers on some of the cacti! 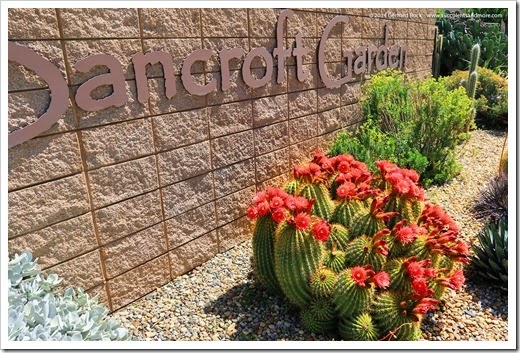 The fact that something so prickly can produce such wonderful flowers never ceases to amaze me! 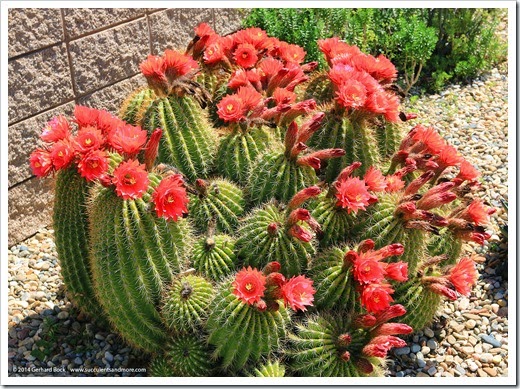 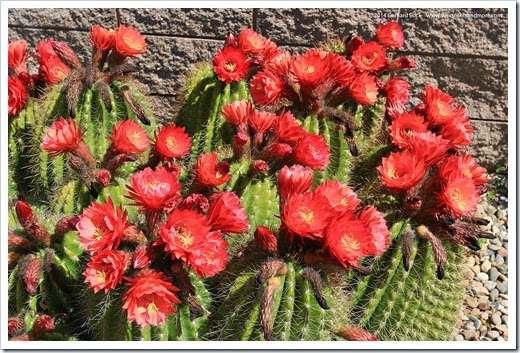 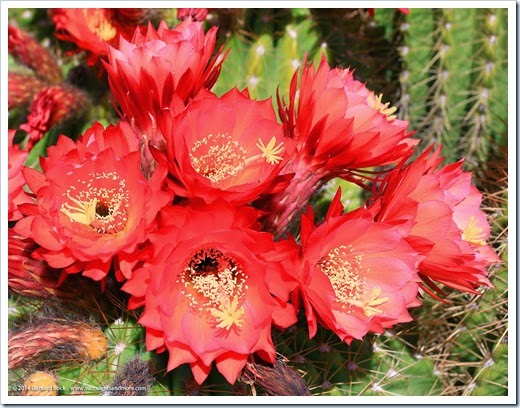 If you thought the cactus in the photos above was awesome, wait until you see this one: 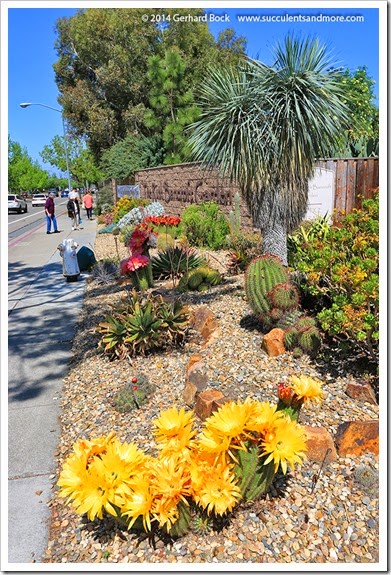 The flowers are so large, the cactus is almost impossible from one side! 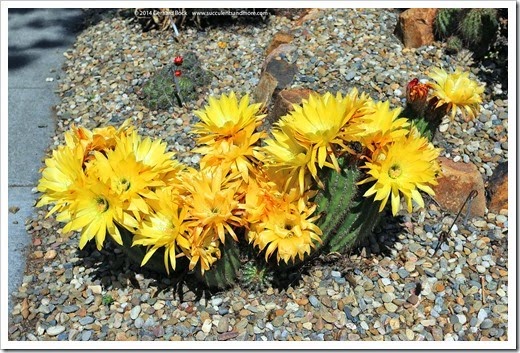 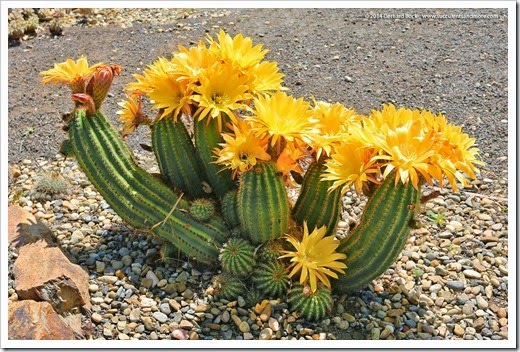 But my hands-down favorite was this one: 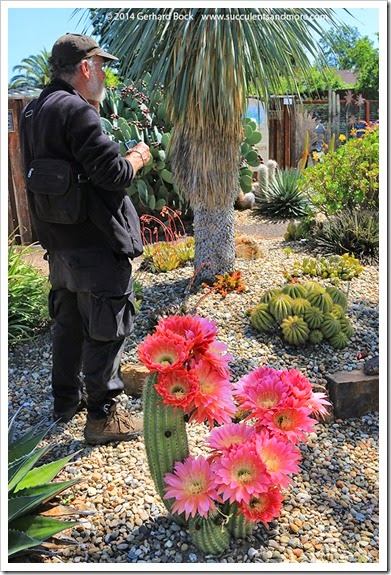 The salmon hue is breathtaking, and the flowers are even larger than the yellow ones above! 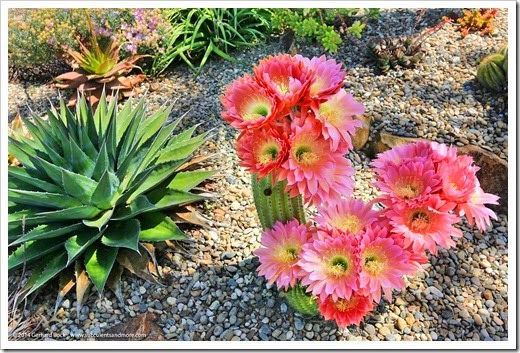 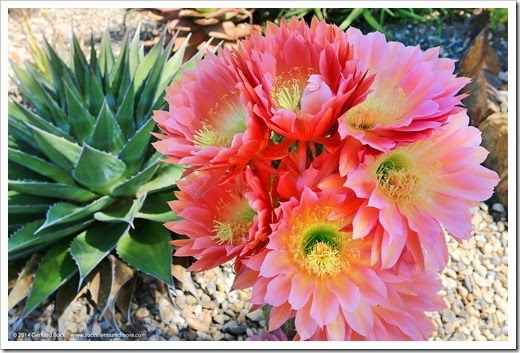 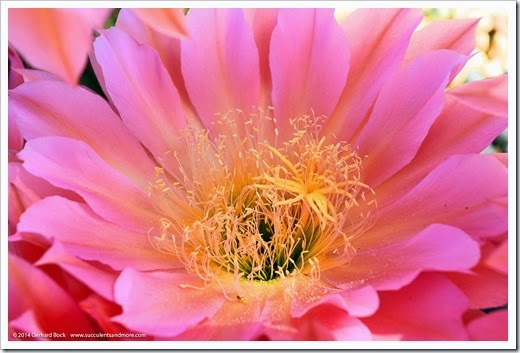 I don’t know what the first two cacti are—some Echinopsis aka Trichocereus hybrid or other—but the last one is Echinopsis ‘Flying Saucer’. They had some in the spring plant sale, and according to Garden Curator Brian Kemble they went quickly.

Here is an interesting article about Echinopsis/Trichocereus hybrids. It also briefly mentions the lumping of the genus Trichocereus into Echinopsis, still a hotly contested issue among cactus lovers but not one I’m going to dwell on.